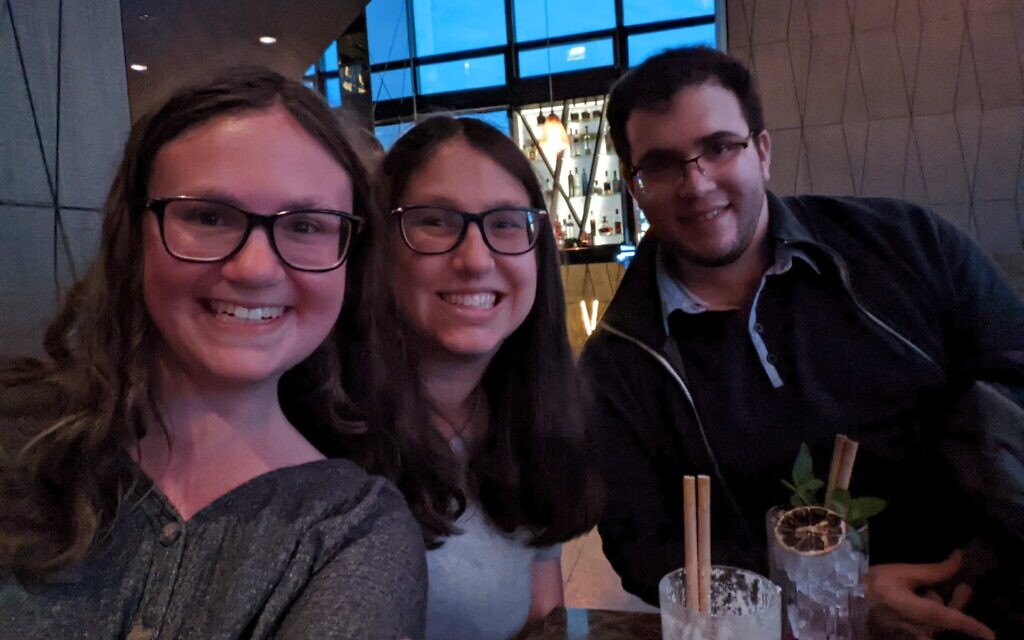 I practically race off the train at the Central Railway Station in Warsaw, Poland, not hesitating as I usually do to carefully lift my suitcase up over the gap between train and platform. “Warszawa Centralna” the signs read. I am thrilled to remember my way around the underground markets in the station.

We head toward Zloty Tarasy, the mall connected to the station, to get outside. All I can think about is emerging to the view of the Palace of Culture and Science, a 42-floor building which was a gift from the Soviet Union to Poland during communism. I drag my suitcase down the stairs, glancing at the store to my left where I used to shop for all my groceries. A chill runs down my spine. I can’t believe, four years later, I am finally home.

So far in my life, I have considered four places home: Pittsburgh, where I was born; Cleveland, where I grew up; Camp Ramah in Canada where I spent all my summers; and Warsaw, Poland, a place that after only three-and-a-half months felt like a place I had known forever. Warsaw connected me to the ancestors I had never met.

One of our first stops in Warsaw on this trip was the Jewish Historical Institute Jewish Genealogy Center to do some family research. As the genealogist searched items on her computer related to Deanna’s family tree, I assisted from my seat on the other side of her desk. “You’re good at this,” the genealogist said. “You brought the right person,” she said turning to Deanna.

The Jewish Historical Institute sits in one of my favorite spots in the city — a place that often doesn’t get the attention it deserves during group tours. To the left is the location of the former Great Synagogue on Tłomackie Street. It had been a massive, Reform synagogue with a choir and organs, and sermons conducted in Polish. The synagogue was destroyed by the Nazis during World War II and never rebuilt. Today, a blue tower stands in its place, yet Jewish life in that location is not gone forever. Inside the blue tower exists Hillel Warszawa, a Jewish student group.

Since I had spent a summer living in Warsaw in 2018, this trip back to the city was filled with more nostalgia than anything else. I wanted to visit all the places I used to frequent regularly: the Jewish Community Center (JCC) Warsaw with the wonderful all-day Sunday brunches; Ec Chaim, the progressive synagogue where everyone shakes your hand after Shabbat services; the American Jewish Committee office building where I worked; the gate outside the apartment where I lived on Chmielna Street.

There was one place I did not make it to before, and this time around I ensured a visit: the Zabinski Villa at the Warsaw Zoo. Jan Żabiński, a zoologist and longtime director of the Warsaw Zoological Garden, along with his wife Antonina, hid Jews in the basement of their home during the Holocaust. As we toured their home, we saw the piano which Antonina played to send signals to the Jews that the Nazis were coming. We saw the dark, dirty, cold cramped rooms where families spent their days and nights, and the tunnel, a small square in the wall of one room, where they all had to rush to get to and through, in about 30 seconds when the Nazis came.

But it was something that I heard, not saw, that shocked me the most.

As she said this, I wondered how they managed to survive even with the Nazis discovering their hiding place near the end of the war.

The guide saw my shocked face and asked if I had seen the film “The Zookeeper’s Wife.”

“Hollywood changed the ending,” she explained. “In the movie the Nazis discover the hidden Jews, but that is not what actually happened.”

I am frustrated that Hollywood changed the film’s ending just to add drama. Didn’t the Holocaust alone cause enough drama? So many people have watched this film and learned the story the wrong way.

The next day we ate dinner with Guy, an Israeli friend of mine who has spent most of his life living in Warsaw. I met him when I lived in Warsaw four years ago. We met for dinner at Vapiano, an Italian restaurant. Perhaps it was the mask covering his face, or just the fact that so much time had passed, but Guy had certainly grown up. I didn’t recognize him at first, but it didn’t take long before conversation ensued naturally.

I asked him if he would ever want to move back to Israel. He said not permanently. I asked if he liked Poland. He said yes. I asked which he preferred. Without hesitating he said Poland. I understood the feeling of having multiple homes. Guy has been in Poland for most of his life. Although it is not where he was born, Poland in general, and Warsaw specifically, is his home. PJC