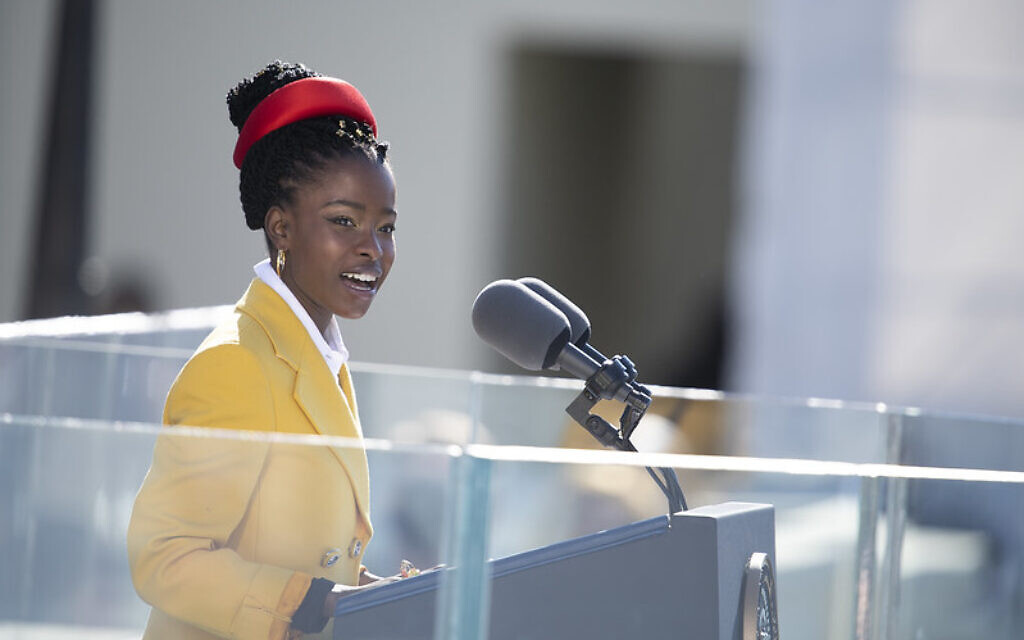 Amanda Gorman’s recital of her poem “The Hill We Climb” during the inauguration of President Joe Biden was a reminder of the power of poetry in the public square and our communal hunger for language to give shape to our moral imagination. I cried with awe and my heart soared with hope when I absorbed the wisdom and grace of this young poet’s words.

I could riff on every line she wove, but I want to just think about one in particular, a line she invoked from Micah 4.4:
“Scripture tells us to envision that everyone shall sit under their own vine and fig tree, and no one shall make them afraid.”

When I heard this line, I could not help but think of George Washington using it in his groundbreaking letter to the Jews of Newport (which I have written about previously). Washington wrote this letter thanking the Jews of Newport for their warm reception on his recent visit to that port city. In that letter, Washington lays out a vision of an American republic in which religious difference is not merely tolerated, but accepted and embraced; where instead of reliance on the generosity and whims of rulers, Jews and other minorities could expect the full rights and responsibilities of citizens.

In welcoming the Jews into the republic, Washington set the stage for all others to be gathered in and invited to be part of the ongoing project of making a more perfect union.

Gorman understands that the Bible is not filled with platitudes; rather, it calls on us to be more and so she takes this line not as a promise but as a challenge:

“If we’re to live up to our own time, then victory won’t lie in the blade, but in all the bridges we’ve made. That is the promise to glade, the hill we climb, if only we dare. It’s because being American is more than a pride we inherit. It’s the past we step into and how we repair it.”

In a moment when our past and present are so contested, Gorman is pushing us to realize that the responsibility is ours, to take our past and forge a new future and it must be a future that acknowledges the pain and brokenness of the past, but also its promise. The past can offer us a vision that can sustain us.

This is not a self-congratulatory ode, but a call for all of us to join in the hard work of social renewal:
“So, let us leave behind a country better than one we were left. With every breath from my bronze-pounded chest, we will raise this wounded world into a wondrous one.”

Was I alone in hearing a contemporary remix of “from the mountains to the prairies” and from “California to the New York Island”? I was particularly struck by the image of the Northeast, “where our forefathers first realized revolution.”

As we reckon with the demons of our history, we must at the very same time channel the “better angels” of our founding. George Washington and the Jews of Newport profited directly and indirectly from the traffic and bondage of human beings. This is inescapable. But it is also true that the founders laid down the framework for continuous, hard-won progress for a world where the truth that “all men are created equal” would expand to encompass all of us.

This young poet is wise beyond her years for reminding us all that this work cannot be delegated to others. Rather, it lies within each one of us — the “diverse, and battered and beautiful” people of this land to “ … step out of the shade aflame and unafraid … For there is always light, if only we’re brave enough to see it. If only we’re brave enough to be it.”
May we be brave. pjc

Ronnie Perelis is the Chief Rabbi Dr. Isaac Abraham and Jelena (Rachel) Alcalay Associate Professor of Sephardic Studies at the Bernard Revel Graduate School of Jewish Studies of Yeshiva University and the director of the Rabbi Arthur Schneier Program for International Affairs of Yeshiva University. This piece was first published by The Times of Israel.