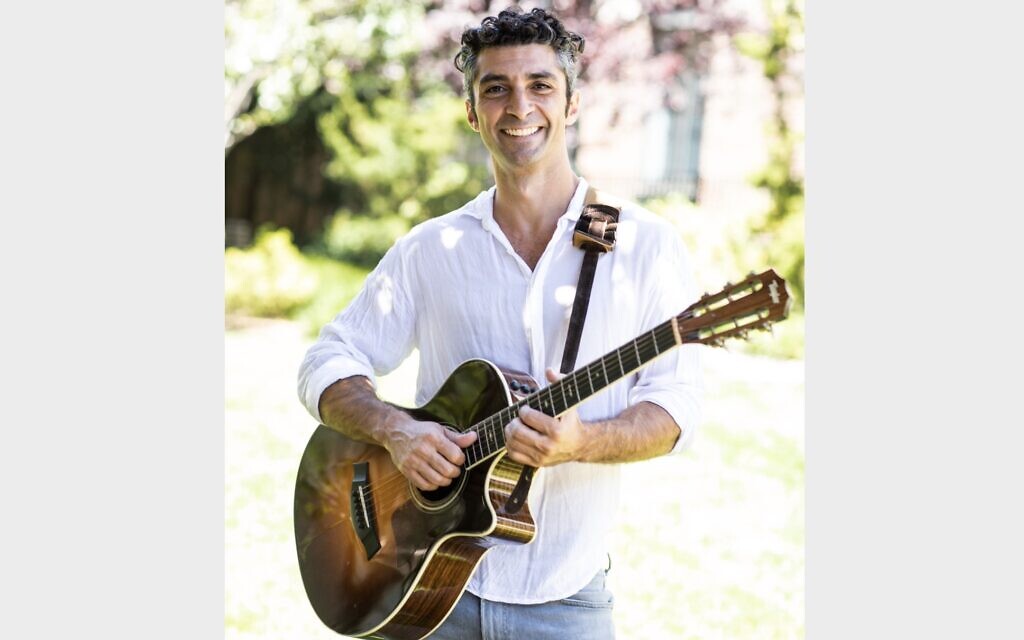 Noah Aronson sees a familiar streak coursing through the undercurrent of his music.

“It’s all about love,” laughed Aronson, a largely self-taught guitarist who turns 39 in September and hails from South Orange, New Jersey. “They’re all about love and breakups and longing … I’ve tried my hand at political songs, but even those songs tend to be about love.”

“We’re coming to the city — we’ve never done anything like this,” said Ken Eisner, a former Temple Ohav Shalom president helping to organize the event. “But I think it’s a great venue, and I don’t want more of the same-old, same-old. I just wanted to have a cool concert with Jewish music, in a really appealing setting.”

For the past 15 years, after graduating Berklee College of Music in Boston, Aronson has shared his Jewish- and liturgical-themed songs with often progressive Jewish audiences, appearing live at synagogues, fundraisers and Jewish Community Centers around the nation. He has released several albums, some of which are available on streaming platforms like Spotify and Apple Music.

Aronson attributes his musical ear to his father, a multi-instrumentalist who served as a cantor in his hometown congregation.

“I really grew up with the sound of the synagogue in my ear,” he said.

Despite growing up hearing his father play the piano — “I was so mesmerized by it, I was giddy with laughter and excitement,” Aronson said — Aronson’s more recent work has centered around vocal looping. He plans to have a guitar, possibly a piano, and definitely his looping equipment at the Aug. 27 show.

Playing in a secular setting is new for Aronson, he said.

“I’m excited and nervous about it,” Aronson said. “Most of the time, I play at synagogues.”

Eisner called Aronson “the top musician of Jewish music in the country.” Though his Spotify following is modest — he has 1,440 monthly listeners — Aronson’s songs are well-written and well-performed, with passionate leads, excellent musical colors and a familiar Jewish bent.

But, if you plan on turning out Aug. 27 for the Lawrenceville show, be prepared to swoon, Aronson said.

“The main thing is they’re all love songs,” he told the Chronicle. “Even if they’re liturgy, they’re love songs. Even if I’m using a text from 2,000 years ago, it’s about dynamic relationships.” PJC