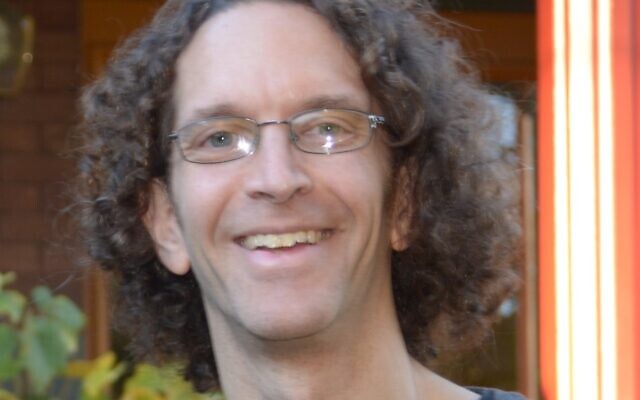 In 1976, the Israeli military rescued more than 100 hostages from an Air France plane being held on the tarmac at Entebbe airport in Uganda. Only four hostages were lost, along with Yonatan Netanyahu, the commander of the operation.

Twenty years later, I was in level 02 basic training for the IDF, also known as tironut jobnikim, “desk jockey basic training.” In a force where the combat soldiers are revered, rather than being considered “grunts” as they sometimes are in the U.S., 02 was for the misfits, the medically unfit and the only children like me who by regulation are “excused” from serving in combat.

Every tiron, trainee, has at least one evening program called moreshet krav, battle traditions. These are a cross between history lesson and ceremony, a retelling of a particular episode in the annals of the IDF meant to prove a point. And in the year of the 20th anniversary of the raid on Entebbe, what better story to retell?

But the point they were proving was not, as one might expect, the brilliance of Netanyahu’s execution of the raid. Nor was it the oft-discussed errors that led to the loss of the handful of lives who did not survive the raid. It wasn’t even the agonizing decisions made at the top level by Prime Minister Yitzchak Rabin and Defense Minister Shimon Peres.

It was the heroism of the jobnikim.

Entebbe worked because Netanyahu and his commandos drove onto the tarmac in a black Mercedes dressed up to look like Ugandan leader Idi Amin and his entourage. To do this successfully, they needed convincing uniforms and the right color car (the air force had to rent a Mercedes, then paint it black because they could only get a white one). Our lesson that night was that among the heroes of Entebbe were the guys who had painted the Mercedes black and the tofrim, the sewing machine operators who had made the uniforms.

Litfor, to sew, isn’t a very kind word in IDF slang. Its most common use is “ani tofer otcha la’emdah!” — “I’m going to sew you to your post!” which a commander might say to a soldier who screws up and is punished with having to do guard duty at the same post from now until discharge day. So, a salute to the tofrim was a big deal, indeed.

Twenty-four years later, all of us are tofrim — stitched permanently to our houses, our computers and the handful of people we share them with. The enemy this time is not a small cadre of terrorists, the danger not confined to 100-plus people in one airplane. The enemy is everywhere, not capable of negotiating, and all of us are in potential danger.
In the curre
nt crisis, there are world leaders who might ultimately play the role that Rabin and Peres did, making the critical decision that will save not hundreds, but tens of thousands of lives or more — and probably some who will end up playing the role of the disgraced Idi Amin. There are frontline scientists who may discover the critical treatment, vaccine or test that can turn this virus from a life-threatening disease to just another bad cold or pneumonia. And my colleagues in emergency rooms in Milan, Seattle, New York and eventually here in Pittsburgh may play the Yoni Netanyahu role of tragic heroism.

So, what are the rest of us stitching together? Stuck at home, we sew a safety net for those of us who have managed not to get sick so far. Going to work, my colleagues and I in the outpatient medicine world are reinforcing that net, cancelling “elective” procedures and visits that don’t need to happen face-to-face where doctor and patient are suddenly a mutual danger to each other. Those in industry are pivoting their factories to do some actual sewing — making masks, gowns, swabs, hand sanitizer and other supplies, many of them in factories that have never done this work before.

We also need a safety net for those in danger of becoming collateral damage. Loneliness, and aloneness, can be as dangerous as the coronavirus, as we learned during the 1995 Chicago heatwave and countless other disasters. People creating web-based content, virtual group activities, minyanim and socially distant real-life get-togethers, like the folks singing from their balconies in Italy, and last Sunday, in Dormont (though I’m sure the playlist was different), are sewing that net. My own shul started “connectionCBS,” an effort to reach out to every congregant and make sure that no one is overlooked in our push to stay connected.

There are a lot of jobnikim in this war effort, a lot of tofrim. There is endless work to be done, and somewhere among that work is a task that is tafur aleichem — made just for you. PJC

Jonathan Weinkle is a primary care physician in Pittsburgh and author of the book “Healing People, Not Patients: Creating Authentic Relationships in Modern Healthcare.”