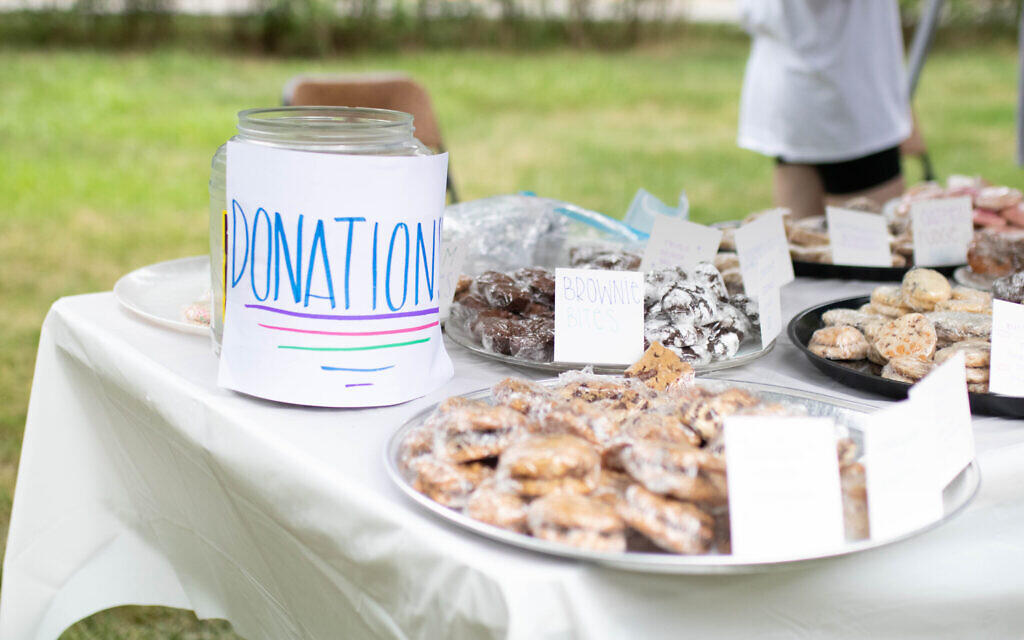 Nearly a decade after first leveraging chocolate chip cookies for cancer research, Toby and Casey Lazear fired up their oven again for the greater good. On August 1, the Fox Chapel sisters hosted a bake sale, complete with 1200 individually wrapped items, to support the Brennan Center for Justice.

Given the nonpartisan law and policy institute’s commitment to reforming, revitalizing and defending the United States’ systems of democracy and justice, supporting the organization was a logical choice at this time, explained Toby, 20.

For months, as thousands nationwide called out racial biases and systemic injustices, Toby, an incoming junior at The Pennsylvania State University, Schreyer Honors College, and Casey, an incoming freshman at Indiana University Bloomington, scoured the internet researching how best to support the Black Lives Matter movement. The two sisters conversed intimately with family and friends about race-related topics and utilized social media to disseminate ideas, but they wanted to do more.

It wasn’t the first time the sisters felt that way.

When they were 8 and 10, after seeing a commercial about a children’s hospital, Toby and Casey decided it was important to give back, so with help from their family, they scheduled a bake sale, knocked on doors in their cul-de-sac adjacent neighborhood in Indiana Township and spread word about the event. Their efforts proved so successful that the Lazears held two more bake sales in subsequent years, ultimately raising nearly $5,000 in the process. 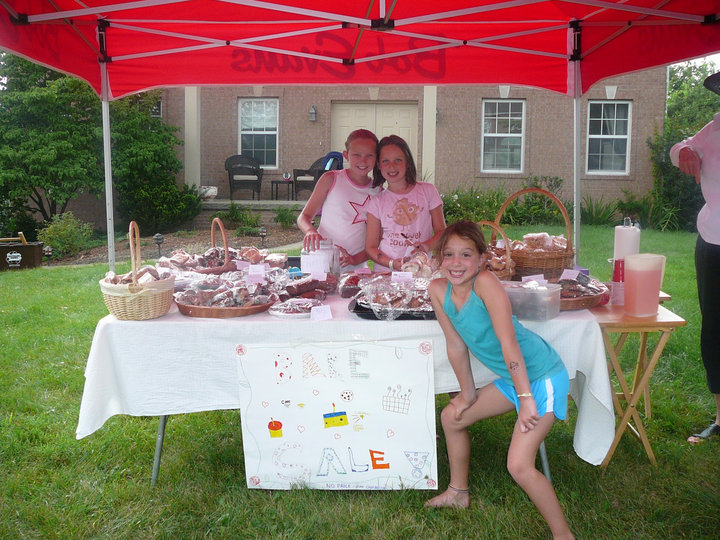 The scene of a previous bake sale. From left: Molly Wiese and Toby Lazear; Casey Lazear in front of the table. Photo courtesy of Toby Lazear

When the sisters recently reflected on that period, they realized their 2020 bake sale could benefit from fact that the family now lived in a Fox Chapel home on a main road. Long gone were the days of taping Microsoft Word-created-flyers to street poles as the only means of broadcasting beyond one’s network.

Their grandmother also “was a massive help,” said Casey, 18. “She was 24/7 baking, always had good ideas, and brought all of her friends that she plays bridge with to purchase the baked goods.”

Given the current pandemic, “I’ve been home a lot playing duplicate bridge online,” so when Toby and Casey asked for help, “I said of course,” said Bunny Kerr, the Lazears’ grandmother. “This put structure in my day and I like it.”

The Lazears clearly knew who to call.

Affectionately referred to as “BB” by her granddaughters, Kerr, 75, is a consummate baker. Hours prior to speaking with the Chronicle, she made pistachio thumbprints. The day before, she baked chocolate chip cookie brownies.

“If somebody is kind enough to send me a recipe and it’s easy enough, I’ll bake it,” said Kerr.

With their grandmother by their side, like she had been for earlier iterations of the bake sale, the sisters began to work. 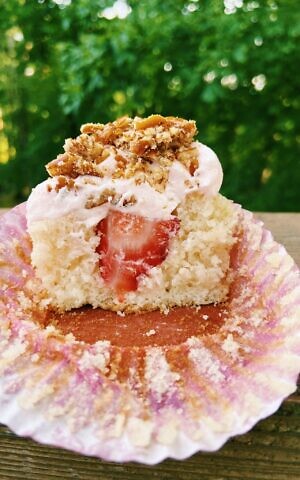 One of 1200 treats. Photo courtesy of Toby Lazear

“Toby never thought we had enough so we kept baking and baking,” said Kerr. “My husband was happy. He didn’t mind all of the baking because he got to sample everything.”

As the trio discovered, there are a few logistical issues to preparing 1200 items. Apart from having to start baking weeks prior to sale, when it came to storage, the group packed their own freezers as well as one belonging to a friend of Kerr. Also, for cleanliness purposes, the three bakers decided to wrap each of the 1200 pieces individually.

When asked how much plastic wrap was used in the process, Kerr replied, “No clue, but I went through a lot of butter, flour, sugar and eggs.”

On the day of the bake sale, instead of pricing each item separately, the sisters asked for a donation and allowed people to take whatever they liked. The model proved successful. With nearly $4,000 raised at day’s end the Lazears had only 100 items remaining. Though there is now plenty of room in the freezers, the sisters said they each plan on bringing some leftovers back to school to give to friends who donated from afar. 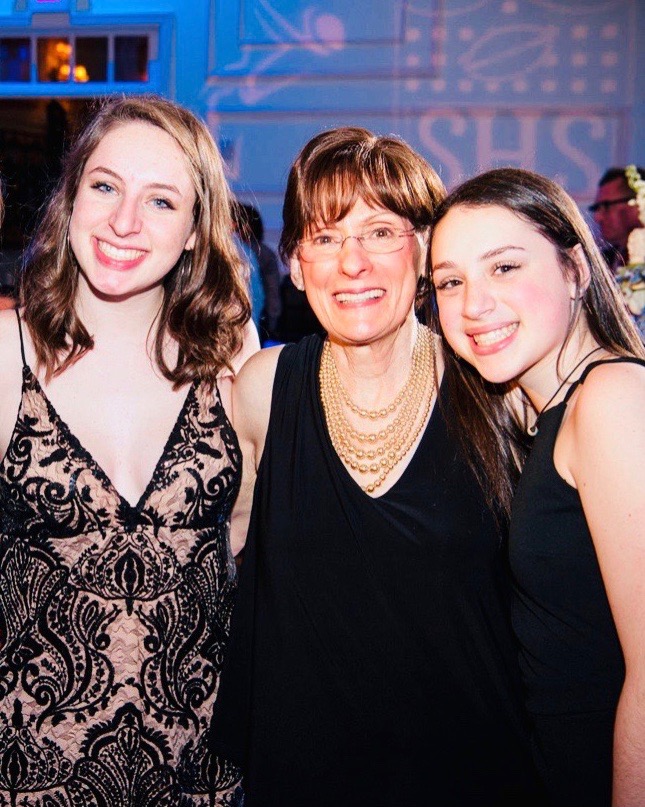 The takeaways were apparent, explained Kerr: “When your grandkids are 18 and 20 there’s not a whole lot you can do to contribute to them, and this was one thing that I could do and it made a difference for them, and they appreciated it and that was great.”

But while rejoining her granddaughters for another fundraiser was fun, the real treat was seeing them embody a particular lesson.

“I found this poster years ago and it reads, ‘Ten two-letter words to live by: If it is to be, it is up to me,’” said Kerr. “The girls know that I feel this way, that if you want something to happen you have to make it happen.”

It’s a message that’s relevant regardless of age, continued Kerr: “People should know they can make a difference.” PJC