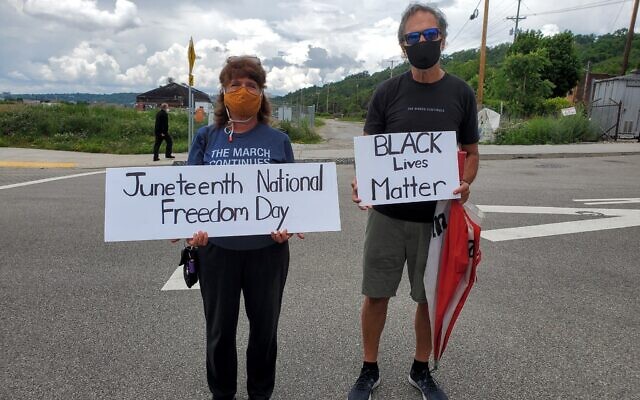 Dee and Walt Kochirka, of the South Hills, traveled to Hazelwood to celebrate Juneteenth. Photo by Adam Reinherz

Local clergy and community members gathered at Hazelwood Green, on the corner of Second and Hazelwood Ave, to decry systemic racism, acknowledge Juneteenth and promote activism.

The June 19 event was organized by Rev. Tim Smith, CEO of the community empowerment organization Center of Life, and featured speakers from diverse backgrounds who collectively signaled the need to support Black lives.

“We come together today as the community of faith in the wake of the murder of George Floyd at the hands of four police officers in Minneapolis, Minnesota, and to encourage people of faith everywhere to step forward to speak out and take action,” said Smith. “Today we stand together to say unequivocally that Black lives matter.”

“I'm here to stand together with Tim and the community to say that Black lives matter,” echoed Rabbi Moishe Mayir Vogel, executive director of the Aleph Institute – North East Region. “Every human being is important. We're all made in the image of God, and when a human being is killed it is a part of God that's taken. Therefore, we've got to do whatever we can to give everyone the resources, and especially at a time like this when we're all mourning Mr. Floyd who was taken, we're here to say, ‘Black lives matter.’" 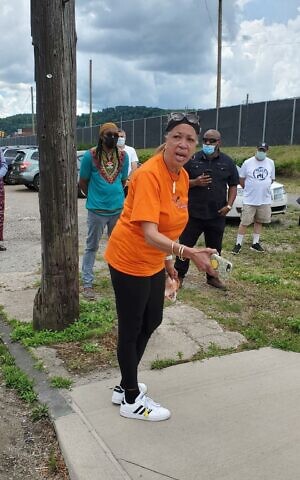 “I’m proud to stand here as a representative of the Jewish community with faith partners and law enforcement officials on the 155th anniversary of Juneteenth.”

First celebrated in Texas in 1865, Juneteenth is a holiday that commemorates the emancipation of slaves in the United States.

“When I lived in Texas more than two decades, ago I learned that Juneteenth is a really big deal in Texas,” said Rabbi Seth Adelson of Congregation Beth Shalom. “I'm glad that it's a big deal now on the national stage. Emancipation, like revelation, is also an ongoing thing. We have to continue to work toward that. We have to continue to try to fulfill the words that Pastor Tim mentioned earlier, the quotation from Leviticus, ‘v'ahavta l'reacha kamocha, You shall love your neighbor as yourself.’”

Rabbi Jeremy Markiz, director of Derekh and Youth Tefillah at Beth Shalom, noted that in recent weeks, through dialogue and participation in other demonstrations, his understanding of racism has evolved.

“There was a pastor who spoke at the interfaith clergy gathering at Freedom Square, maybe two weeks ago and he spoke about his experience going for a run,” recalled Markiz.

The speaker’s comments didn’t merely address what it feels like to run as a Black person, but all of the thoughts that must be entertained prior to going to exercise, continued Markiz. 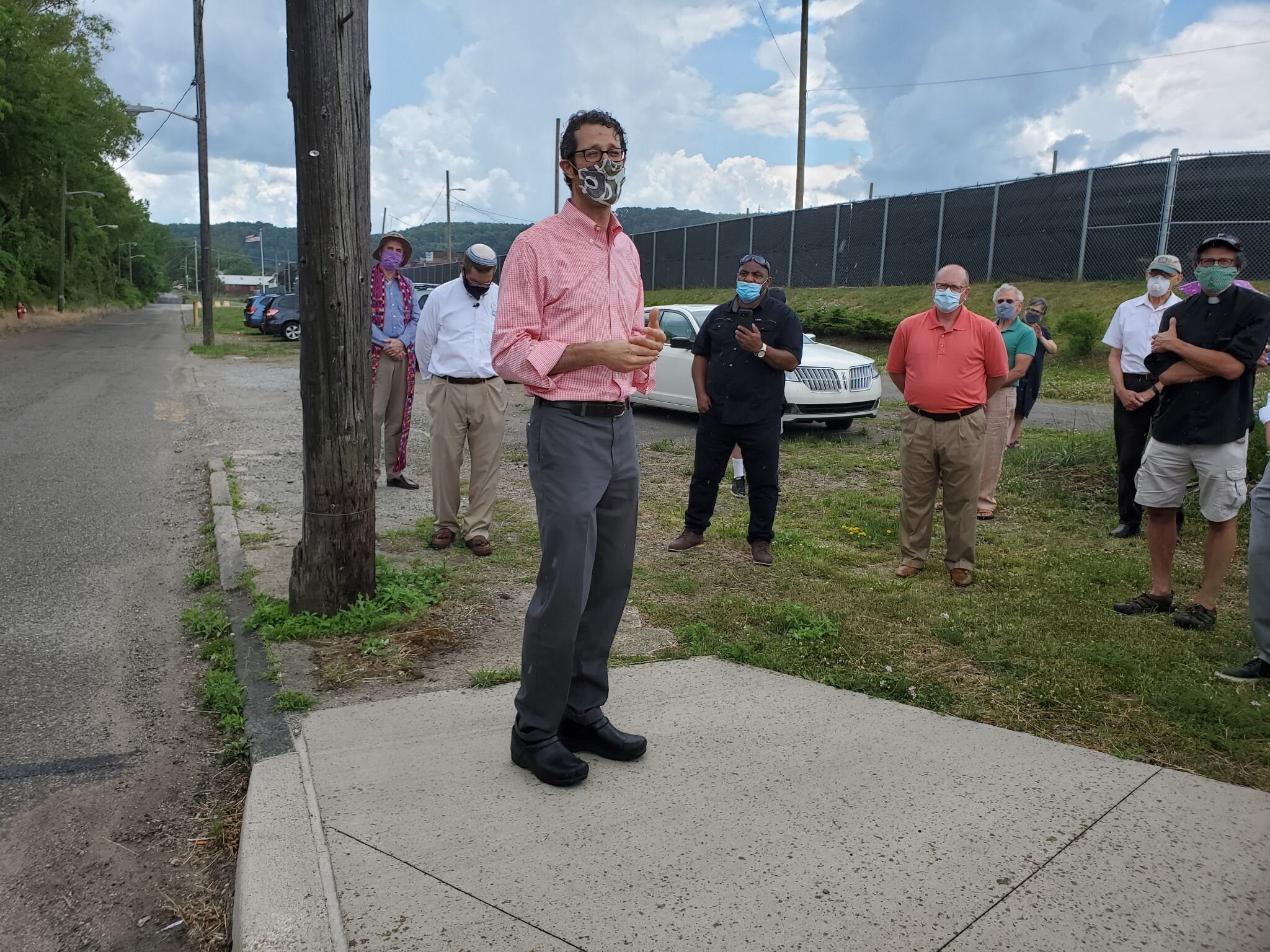 In recent weeks, there has been a recognizable shift in understanding on a collective and personal level, explained Pastor June Jeffries of New Life Baptist Church.

“You can't legislate love but there's times people have a heart and do the right things,” said Smith, before introducing Commander Daniel Hermann of Pittsburgh Police Zone 4.

“Commander Hermann has demonstrated here in our community that he wants to see the right thing happen. He doesn't come with all the answers but he comes to support, and he keeps his promise, and this has been so important to us.”

Hermann told the attendees that he was merely there to observe, but noted, “We do what our community asks, and we do it in the best and most professional and humane way possible.”

Rabbi Ron Symons, of the Jewish Community Center of Greater Pittsburgh’s Center for Loving Kindness, said that he was humbled to join with others “in the quest to identify, address, abolish and reform the systems at work in Pittsburgh that cause the continued discrimination and marginalization of Black people. I stand in optimistic hope that this moment is a moment that will bring the ultimate change that we all know needs to happen.” PJC