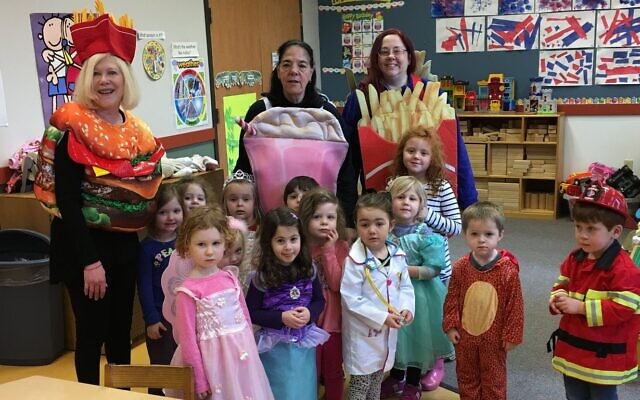 Hoping to create a “ripple effect in the community,” and to relieve some of the financial strain the pandemic has placed on its staff, Rodef Shalom Congregation will implement its own minimum wage of $15 per hour, according to Matthew Falcone, the congregation’s president.

The congregation’s new minimum wage applies to all positions — including full-time, part-time and preschool employees.
It is more than double Pennsylvania’s current state minimum wage of $7.25 per hour, and the federal minimum wage, which is the same.

The congregation approved the minimum wage at its June 6 annual meeting, but its board of trustees had been having “conversations about increasing the minimum wage over the past six months to a year,” said Falcone. “Now, it’s finally here.”

When the pandemic struck, Rodef Shalom remained open, but fewer people were coming into the building, and the minimum wage is being introduced this summer, “when the building is completely reopened, with more people coming and going and with more events,” said Falcone. The Board “now has the ability to hire new people at a new level of pay, especially people just starting out.”

Rodef Shalom places a high value on its part-time workers, several of whom are members of Hillel Jewish University Center and other college students, according to Falcone.

“It’s hard enough to make a living trying to pay off college tuition, rent and meals,” he said. “It’s all the more important that students have access to more appropriate and fair levels of wages. Raising the minimum wage is the first big step we are taking to try and lead the entire congregation in the right direction.”

Rodef Shalom, he added, also is committed to working toward gender and racial equality.

“There are so many women who work with us in so many different capacities and so many people of color with us, as well,” Falcone said. “The entire board of trustees and leadership hopes to ensure that the minimum wage threshold allows for more equity in pay.”

By implementing its minimum wage, Rodef Shalom also is acknowledging the importance of preschool workers, especially during the pandemic, Falcone said. Since the Rodef Shalom Family Center Preschool remained open during much of the coronavirus crisis, Falcone said he wanted to assure employees “that by working with [Rodef Shalom] they’ll be able to make a living.” For preschool workers passionate about bringing Judaism to children at a pivotal age, “it is not just a job, it’s a calling,” he added.

“I am so pleased that the leadership at Rodef Shalom recognizes the value of early childhood education and has made the decision to increase the wages for the preschool staff,” Leyton wrote in an email. “Our preschool teachers work tirelessly to support the growth and development of the young children in their care. They deserve to be respected as professionals, and fairly compensated for the important work they do.”

While the congregation approved the wage increases just three weeks ago, the timeline for implementation is fast paced. Rodef Shalom’s leadership is currently working on logistics and hopes to officially apply the new minimum wage on July 1.

Falcone attributes Rodef Shalom’s decision to increase the minimum wage to the congregation’s core values. Operating during the pandemic was “such a herculean effort from the faculty to make sure that everyone was safe,” he said. “This opened our eyes as to how much people are invested in the community and Rodef Shalom, so [Rodef Shalom] wanted to make the same investment back into others.” PJC