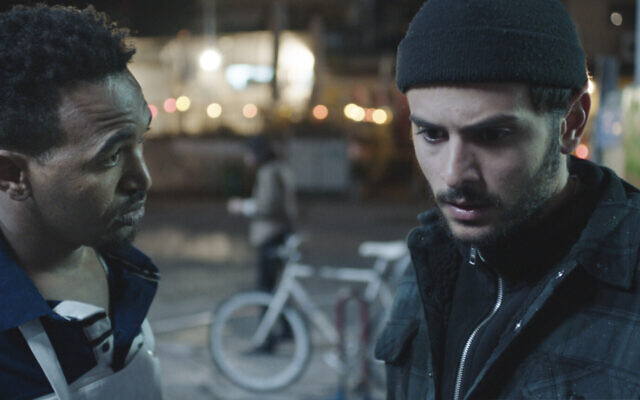 The competition is open to independent filmmakers whose short work illuminates the Jewish experience.

“You don’t have to be Jewish to win the award, but the winners have to have the essence of Jewish,” said Kathryn Spitz Cohan, executive director of Film Pittsburgh. “That might be something as obvious as the Holocaust or something less well known or something like tikkun olam, which is a very Jewish principle, but maybe not everyone knows about.”

Tuesday’s screening will include six works, three of which will be named winners and share a cash prize of $18,000.

Spitz Cohan said the filmmakers of the three winning films — selected by a jury — are invited to Pittsburgh to attend the award gala. The filmmakers know they are winners but will not know from which category until the live announcement at the event.

Sanford N. Robinson was a passionate supporter of the arts, said Heather Robinson in a press release, and he would be “astounded” by the talents of the filmmakers represented.

“Every year we look forward to seeing these films and this year does not disappoint,” she said.

The competition, which includes works 35 minutes in length or shorter, has garnered respect in the film community.

“It’s interesting because our director of programming, who programs different short film festivals across the country, has started to get inquiries about the Robinson competition — which is great because that means that word has gotten out there,” said Spitz Cohan.

She said festivals like the Robinson Competition are important because they provide a platform for short filmmakers who use their work as calling cards to garner attention and raise funds to make feature-length films. Shorts don’t typically get the attention of feature-length works, Spitz Cohan explained.

“I would argue that it’s just as challenging to make a short film,” she said. “It’s just as hard, if not harder. You don’t have the luxury of 90 minutes. You have to have your beginning, middle and ending told concisely in whatever amount of time you have.”

Many Academy Award-winning filmmakers, she added, started out making shorts.

This year’s competition will screen the animated short “Cinema Rex”; the Israeli short “Fine”; the Holocaust work “A Head Shorter”; “Jude,” director Amos Menin’s retelling of his grandfather’s journey that began on Kristallnacht; Or Sinai’s “Long Distance”; and the Oscar-nominated work “White Eye.”

Spitz Cohan said the screenings will allow the audience “to see filmmaking from around the world, different topics with a Jewish theme. They’ll travel and see different stories.”

The screening at the Carnegie Museum of Art is the start of a new relationship for Film Pittsburgh, which previously used the SouthSide Works Cinema until it closed last year.

Next month, Film Pittsburgh will screen works at the museum as part of its ReelAbilities Pittsburgh Film Festival, Sept. 8-12.
Following the 91-minute screening, the Robinson International Short Film Competition will conclude with an award ceremony and reception in the Café Carnegie.

For more information on the competition, the shorts or to purchase tickets, visit filmpittsburgh.org/pages/robinson-shorts. PJC