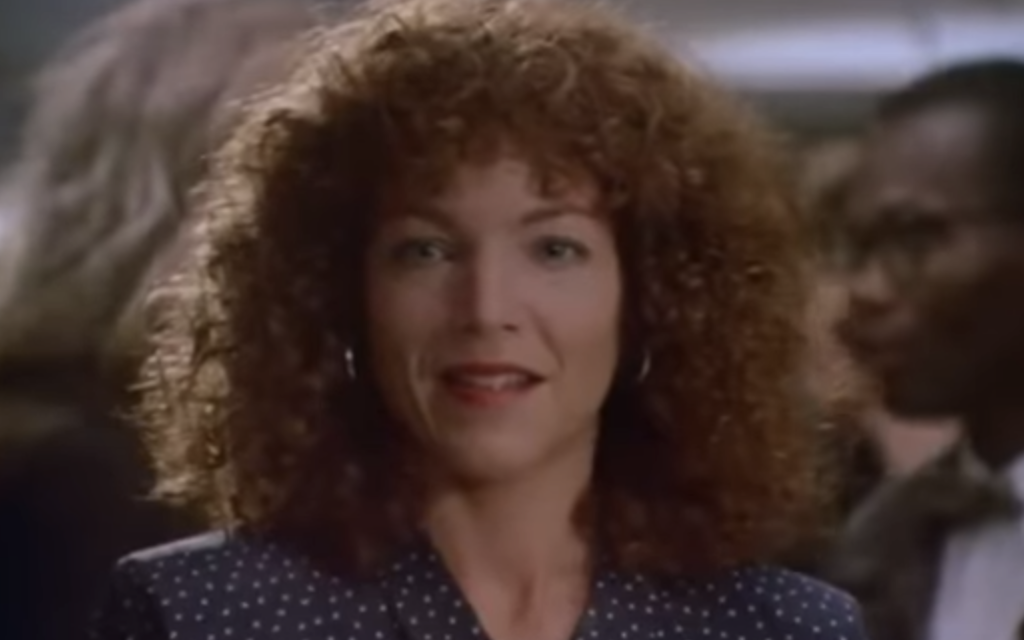 For Izzy Grossman, being in a relationship would only be a complication. Between her job at a bookstore uptown in New York City, her close relationship with her grandma and her busy schedule, she’s happy and comfortable with her life.

But in “Crossing Delancey,” Joan Micklin Silver’s fantastic 1988 dramedy, Izzy’s Jewish grandma Ida pushes and pries Izzy about when she’ll settle down. Eventually, Ida decides to take matters into her own hands and hires a local matchmaker to find someone for Izzy to marry.

Adapted from a play by Susan Sandler, “Crossing Delancey” is the quintessential Jewish rom-com, a deeply textured and well-crafted movie that’s moving and charming in the same breath. Micklin Silver manages to comfortably capture 1980s New York, Jewish intelligentsia and a blooming romance, all with a sense of care that’s uncommon.

Part of the film’s strength comes from Amy Irving’s incredible performance as Izzy. Irving allows an engaging kind of indecision to define her character as she’s thrown into silly and complicated situations throughout the movie. Irving was nominated for a Golden Globe in the Best Actress in a Motion Picture – Comedy or Musical category for her performance.

Actress Jenny Slate once described Izzy as “a progressive, intelligent, Jewish New Yorker who was so bonded to her grandmother, but not necessarily to her cultural traditions.” So, while Izzy agrees to a meeting with the matchmaker, she doesn’t carry much interest in being set up with Sam Posner (Peter Riegert), a local Lower East Side pickle maker.

“There’s gotta be something happening between two people, there’s gotta be heat,” explains Izzy during a back-and-forth with her grandma about why she thinks matchmaking doesn’t work.

As her bubbie schemes, Izzy remains wrapped up in the literary scene at the bookstore where she works. While there, she meets writer Anton Maes (Jeroen Krabbé), who frequents the store and often flirts with Izzy. The two go to lunch once or twice and, during these scenes, Krabbé plays his character with such self-seriousness that you know he’s supposed to be a jerk.

It’s easy to understand why Izzy is drawn to Maes initially, but where “Crossing Delancey” gets interesting is when Izzy finds herself thinking more and more about Posner. After Izzy tells Posner at the matchmaking meeting that she isn’t interested and attempts to set him up with her friend, she feels like she’s made a mistake. Chaos and mixed signals ensue.

One of the other strong suits of “Crossing Delancey” is how it indulges tangents, allowing them to shape Izzy’s character without always moving the plot along. An era of New York City that’s long gone is showcased with love, Izzy’s bookshop always has a surprise in store and Sandler’s script always allows space for these fun detours.

The cast surrounding Izzy is just as important to making the sweet realism of “Crossing Delancey” work. Reizl Bozyk, who plays grandma Ida, takes her history in the Yiddish theater world and applies it to a role she was born to play. And Riegert in his role as Sam Posner has a straightforward warmth, balanced by his character’s outward working-class gruffness.

Micklin Silver has made many great movies throughout her career as a director. 1977’s “Between the Lines” is a nearly perfect portrayal of local journalism, and she meditated on the wounded male ego in 1979’s “Chilly Scenes of Winter” with expertise. But “Crossing Delancey” is an excellent example of what makes her a great director, attuned perfectly to the everyday romance that exists in all of our lives. PJC