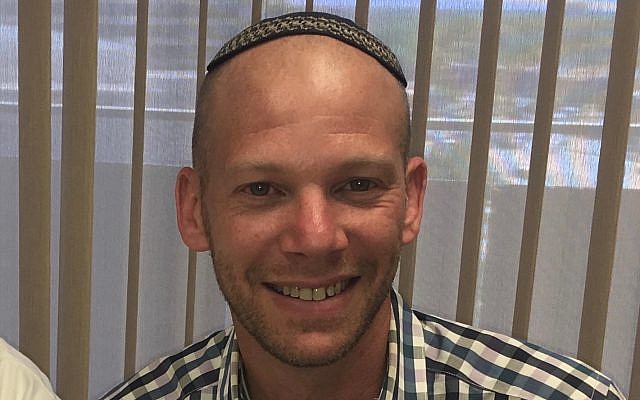 Goodman is the spiritual leader of Brith Sholom Jewish Center in Erie, Pennsylvania, a position he has held since 2018. He will continue to serve that Conservative congregation — which holds monthly Shabbat services — while working at Beth Shalom.

“I am absolutely thrilled we found him, and that he was available to us,” said Alan Kopolow, Beth Shalom’s president. “He’s going to be a great addition to our staff. He’s very well liked, people are comfortable with him. He’s a great teacher. We got lucky.”

Goodman was ordained by the Ziegler School of Rabbinic Studies in 2006. He served as the school rabbi and director of Judaic studies at the Denver Jewish Day School in Colorado, from 2012 until 2017, and as rabbi at Congregation Har Mishpacha in Steamboat Springs, Colorado, from 2014 until 2018.

Goodman moved to Pittsburgh with his wife, Noa, a physical therapist at UPMC, and their two children, Yigal and Etta, in 2018.

Goodman said “continuity” will be important in his new role at Beth Shalom, as he serves as a bridge to the next permanent director. Accordingly, he will not be creating many new initiatives, he said, but instead will reestablish programs that were paused or moved to a virtual space because of COVID-19. Those programs include: a Monday Talmud class; a Wednesday class on the weekly parsha; the Speaker Series in conjunction with the Jewish Book Council; and Lox and Learning — a Sunday session on contemporary topics.

“The Derekh job is about working with lay people to make their vision come true,” Goodman said. “A big part of it is asking people what they want and then trying to get it over the line.”

His time as a member of Beth Shalom has been helpful in his new role, Goodman said, as he not only attended many of the programs he will now be leading, but is able to see things from the perspective of the congregation’s members.
Goodman will also be working with Beth Shalom’s youth.

“I’ve worked with kids my whole career,” Goodman said. “I feel comfortable working with young folks and really like building a sense of prayerfulness and spirituality with kids. I like making kids’ services fun.” PJC