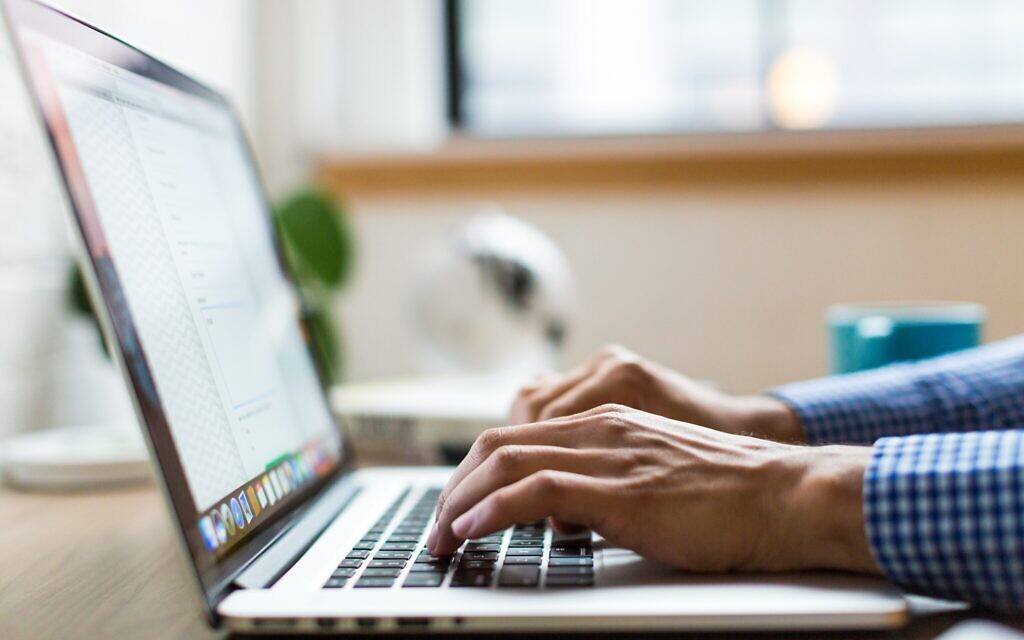 It all started with the minimum wage.

Oren Spiegler was living in Squirrel Hill in 1973 when the issue of raising the federal minimum wage — it was then $1.60, the 2022 inflation-adjusted equivalent of about $10 — sparked him to write a letter to the editor of the Pittsburgh Press, then one of the city’s two dailies.
The letter, which Spiegler wishes he had saved, was an auspicious debut, and the urge to write letters to publications bit him like a bug. What followed has been a voluminous career as a letter writer, with Spiegler appearing in everything from The New York Times, The Wall Street Journal, The Washington Post and USA Today to Pennsylvania staples like the Pittsburgh Post-Gazette, the Tribune-Review, The Beaver County Times and, yes, the Pittsburgh Jewish Chronicle.

Oren Spiegler (Photo courtesy of Oren Spiegler)
“I’ve been doing this for 49 years — I estimate I’ve had roughly 5,000 letters published in multiple, multiple newspapers and magazines,” said Spiegler, 65, who moved from Upper St. Clair to Peters Township in Washington County in 2019. “It’s a great joy to me — it’s a catharsis.”

Spiegler wakes up at 5 a.m. every day to start the ritual, combing over newspapers and other sources in print and online, looking over the issues, debating the ups and downs of particular bits of news. The actual letter writing — which he did for years in the morning before heading to his job as an unemployment compensation hearing officer — comes to him easily. He “semi-retired” from that job in December, leaving more time for letter writing but still works about 95 days a year for the commonwealth.

“I’ve always felt I’ve expressed myself well,” Spiegler told the Chronicle. “And I write quickly. People are surprised I can whip out a letter in five to 10 minutes. And I’m a quick typist.”

Spiegler, an only child from a small Jewish family, said his inspiration for writing is rooted, in part, in his beliefs and identity as a Jew, which celebrate curiosity and learning.

“I think that lifelong learning stirs the mind, and I think that’s important,” he said. “There’s always something to learn.”

Spiegler dabbles in national fodder like politics and foreign affairs, as well as state and local issues. One figure who continues to raise his ire is former President Trump.

“For the last five years or so, Donald Trump has been my main subject — that’s what I write about most now,” he said.

The subject has proven fruitful. And Spiegler pulls few punches.

“In reaching the conclusion that it will no longer recognize U.S. Rep. Liz Cheney as a member of its party, the Wyoming GOP has cemented the party’s stance of this era: 100% allegiance must be pledged to Donald Trump and his lies,” he wrote in his Wyoming Star-Tribune debut on Nov. 28, 2021, “particularly the one which places the country in continuing peril, his incessant and delusional assertion that he was the rightful winner of the Nov. 3, 2020 election, a matter which he will attempt to re-litigate until he takes his last breath.”

But Spiegler, who jokes he has a photographic memory for facts and figures, also traffics in nuance. In a letter to The New York Times on Jan. 18 — his latest for the Times — he picked apart coverage of the hostage situation at a Colleyville, Texas, synagogue, and offered his perspectives as a Jewish American.

“While the outcome was the best possible under the circumstances, I am saddened and outraged that the country has experienced yet another senseless assault on peaceful people at worship that will surely haunt those involved and Jews throughout the country, and bring a heightened concern for safety to those of my faith who wish to be able to worship without fear,” Spiegler wrote. “We live in a country in the midst of a new era of hatred and intolerance, including a rising level of antisemitism and anti-Asian prejudice that manifests itself in harassment and assaults on innocent people who are simply going about their daily lives, posing no threat to anyone.”

A lifelong resident of southwestern Pennsylvania, Spiegler has gotten shout-outs from some big names outside of Pittsburgh. In November 2011, the Chicago Tribune published a bio of Spiegler and other frequent letter writers they dubbed their “pen pals.”

“[Spiegler] writes to multiple newspapers, big and small, throughout the country every single day,” the profile read. “Says certain publications have asked him to stop sending letters due to his frequency.”

“That was a thrill of a lifetime,” Spiegler said at the time, “hearing that inimitable voice of his.”

In May 2018, he topped that lifetime zenith — getting invited, along with other fellow letter scribes, to The New York Times newsroom. One woman from Clearwater, Florida, told Spiegler he and writer Ken Zimmerman were the only two people she was dying to meet. Spiegler was in journalistic heaven.

“As with many submissions, Oren’s are thoughtful, humane, well written and often right on the news,” Feyer told the Chronicle. “His interests are wide-ranging — especially on politics and foreign affairs — and expressed clearly and succinctly. When there’s a major news story and we’re looking for a lead letter with sweep, we often find that Oren has written the perfect letter … Keep those letters coming, Oren!” PJC