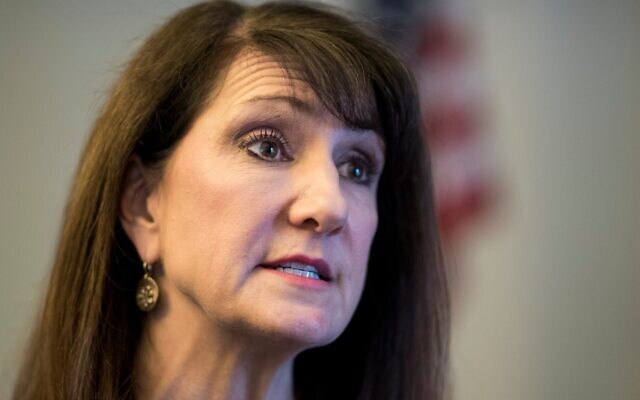 WASHINGTON (JTA) — An alleged bid to get a freshman congresswoman to adopt pro-Palestinian stances is at the center of a bribery scandal dating back to 2018.

Rep. Marie Newman, a Chicago-area Democrat, is under investigation by the Office of Congressional Ethics for allegedly promising Iymen Chehade, a Palestinian-American academic, a job on her congressional staff if he agreed not to run against her in a primary.

The Daily Beast on Thursday reported on an email from Chehade in which he outlines his conditions for assuming a role on her staff, should she be elected in 2020. Chehade requested a role as a foreign policy adviser with an emphasis on the Israel-Palestinian conflict.

The October 2018 email asks Newman to “commit” to a number of Israel-critical and pro-Palestinian postures, including opposing legislation targeting the boycott Israel movement, opposing defense funding to Israel in addition to funds that are required by law and ending Israel’s detention of Palestinian minors.

The promise allegedly came in 2018, after Newman failed to unseat Dan Lipinski, a conservative Democrat, in a primary challenge. Newman, who is backed by a political action committee affiliated with J Street, the liberal Jewish Middle East policy group, ousted Lipinski in 2020.

Newman failed to hire Chehade as her congressional adviser, a job that is paid for with government funds, and he sued her last year. They settled for undisclosed terms, and he subsequently signed onto her campaign as a foreign affairs adviser. Campaign advisers are paid out of donations to candidates.

Newman has denied any improprieties. Chehade will not comment, citing the non-disclosure component of his settlement with Newman. Chehade is currently running for Congress in Illinois’ redrawn third district.

Newman notably has embraced some of the policies Chehade outlined in his 2018 email: She was one of just nine members of the U.S. House of Representatives who voted last year against $1 billion in additional funds for Israel’s Iron Dome antimissile system. She also backs a bill by Rep. Betty McCollum, D-Minn., that would withhold funds from Israel based on the number of Palestinian minors in detention.

Because of redistricting, Newman will likely face another Democratic incumbent, Sean Casten, in a primary this year. PJC