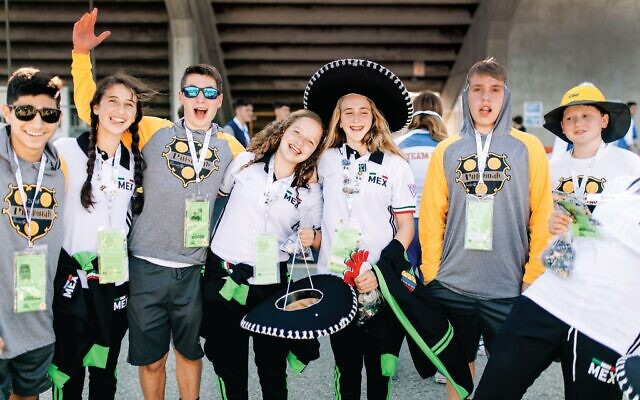 After a two-year pandemic-related pause, young Pittsburgh athletes are headed back to the JCC Maccabi Games.

As the July 31 kickoff in San Diego approaches, Pittsburgh’s delegation is getting ready for the competition’s 40th iteration.

“The JCC Pittsburgh team is really excited because we’re back from a hiatus,” said Fara Marcus, the JCC’s division director of development and marketing. “We’re just thrilled for our Pittsburgh teens to go and participate in the games … It just helps foster strong Jewish identity, team-building, and lifelong lessons, skills and memories.”

Bringing together Jewish teenagers from around the world, the Maccabi Games are five days of athletic competition modeled after the Olympics. This year, 11 athletes comprise the Pittsburgh group, playing sports ranging from hockey to baseball.

If you’ve ever been in the JCC’s Robinson Gym, you’ve likely noticed banners commemorating many years of Maccabi Games competitions. To field a delegation, the JCC often starts by looking close to home.

“It’s a really open recruitment process,” Marcus said. “It ranges from reaching out to the Jewish teens in our community [at the JCC], in the Pittsburgh community and places all over.”

For Hal Coffey, whose twin sons Zachary and Eli are playing basketball this year for Pittsburgh’s delegation, the games mean much more than just athletic competition.

“I hope they have the time of their lives getting to interact with kids, with Jewish kids, from all over the country,” Coffey said. To “connect with San Diego and hopefully carry those connections on afterwards in the future” will be a special experience, he said. 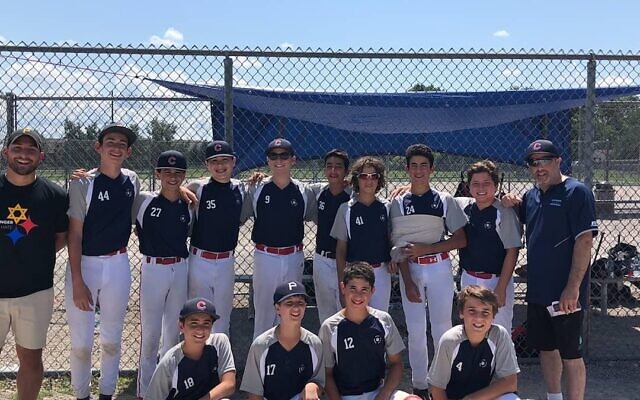 Pittsburgh baseball delegation from a previous year (Photo provided by Fara Marcus via the Jewish Community Center of Greater Pittsburgh)
For Zachary and Eli, who are headed into their freshman year at Pittsburgh Allderdice High School, basketball and Judaism are easily interlinked; much of their early exposure to basketball and the Maccabi Games came through the JCC.

“You can’t miss it if you’ve ever been in the Robinson Gym because they hit you with all of those [Maccabi Games] banners,” Coffey said, adding that his sons’ introduction to basketball came through the Harry B. Davis program.

As for Thomas Levine, an eighth-grader at Community Day School, the fact that Maccabi Games take place in the middle of his summer — while Emma Kaufmann Camp is in session — won’t deter him from competing.

“He’s been playing soccer since he was about 6 years old,” said Dory Levine, Thomas’ mom, who also once competed in the Maccabi Games.

“I was actually [part of] the first girls basketball team to go to Maccabi,” Dory Levine said. “We went to Toronto, and my husband was on [the men’s] basketball team.”

Thirty-six years after his parents took the court at Maccabi, Thomas will head to San Diego. While it will be a new setting, it’s a sport that Thomas is used to.

“It’s a little intimidating, not playing with your same teammates that you’ve been playing with for so many years, but it’s a sport that they all love,” Dory Levine said. “When you are in the same religion, you’ve got just a sense of community and being together.” PJC