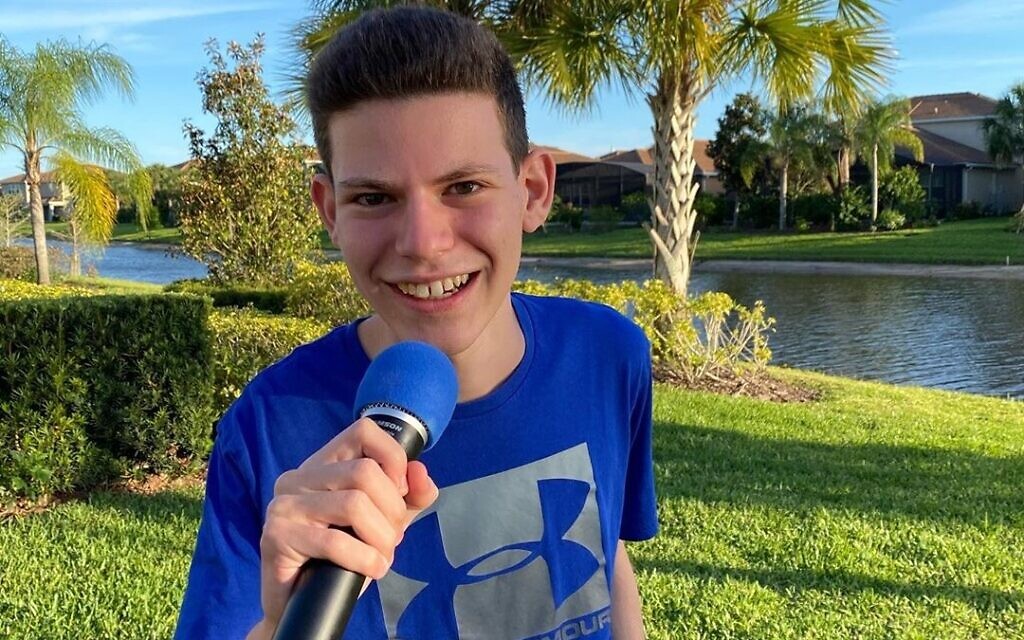 It’s a friendship born on TikTok.

Brandon is a 19-year-old Pittsburgher, a Jew and a star on the Gen Z-saturated social media platform. He boasts 1.4 million followers and is a popular influencer in the region. Tate Hayes is a 9-year-old Tennessean who’s on the autism spectrum. Shouts of “Grilled cheese!” brought them together.

Tate first saw Brandon on TikTok about a year ago and was entranced by the young man’s humor, which often revolved around noshes ranging from pickles and garlic knots to lentil soup and, yes, famously, grilled cheese sandwiches. Brandon’s pastime was far from half-hearted or off-handed; one video about eating cheese pizza surpassed 10.2 million views – and it was far from alone.

Tate’s mother reached out to Brandon on Instagram. Within no time at all, Brandon was recording a video for Tate’s ninth birthday in March, shortly before the pandemic broke out.

“They ended up FaceTiming together – it made Tate’s life,” said Shannon Hayes, Tate’s mom. “Imagine if you were a kid and the person you watched on TV made you a video. It changed him – it gave him confidence.”

That’s part of the fun of the platform, said Brandon – who goes by the nom-de-web Brandon Max and can be seen on TikTok at @itsbrandonmax. And it’s a mission that’s incredibly important to him personally.

“My goal is to inspire people,” Brandon told the Chronicle. “Brandon Max is my character. He’s a kid who loves to embarrass himself and make people smile.”

Brandon doesn’t have time for the haters. On the internet, there are many. People have gotten political, and sometimes ugly, about everything from Judaism to wearing a mask to protect others from COVID-19.

“I want to stay positive,” Brandon said, “and show people it’s OK to be different.”

Brandon’s father, a long-suffering Buffalo Bills fan who prefers to remain anonymous, said he sees a strong Jewish tradition in what Brandon is doing online.

“There’s a lot of Jewish humor there,” said Brandon’s father, who is recognizable to many in the local Jewish community when they spot him in Brandon’s short videos. “My parents loved the Borscht Belt comedians and Brandon’s picked up on that. It’s clean but funny.”

While Brandon is quick to talk about the importance of the TikTok platform as an outlet, especially during COVID-19 quarantining, his father also is quick to crack jokes with the humor that has gotten the family so much attention.

“1.4 million followers?” his father asked. “That’s a hell of a lot more than a minyan, I can tell you that.”

Brandon, who grew up here, is also quick to cite his Pittsburgh roots. Despite being back and forth between Florida and Pennsylvania due to an autoimmune illness, Brandon stresses he bleeds black and gold as much as the next guy raised in the city.

“I want people to know I’m from here,” Brandon said proudly. “And I’m proud to be from here.”

Shannon Hayes is proud of Brandon, too, and said the young man should pat himself on the back for being such an upstander. 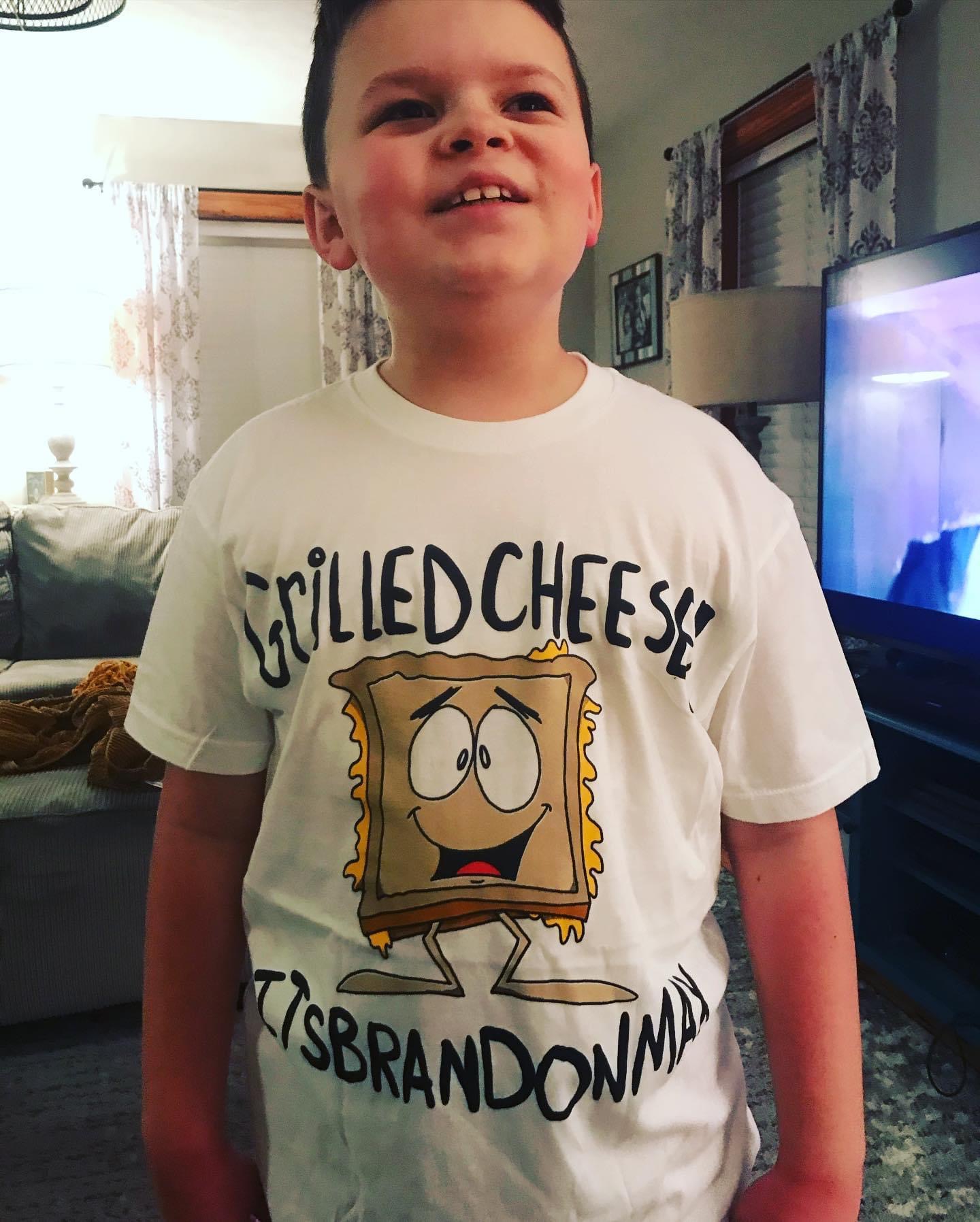 “He’s just been such a good little influence and a great friend to someone who otherwise would never have known him,” she said. “[It’s important] to be able to look to someone else who’s a little different and say, ‘He’s my friend.’ As a parent, what else do you want? It makes you feel like you child is loved and included.”

Shannon is ready to make just one request about the grilled cheese theme, though.

“I have to ask Brandon’s dad to get Brandon to say, ‘Tate, why don’t you take off that shirt and wash it?’” PJC