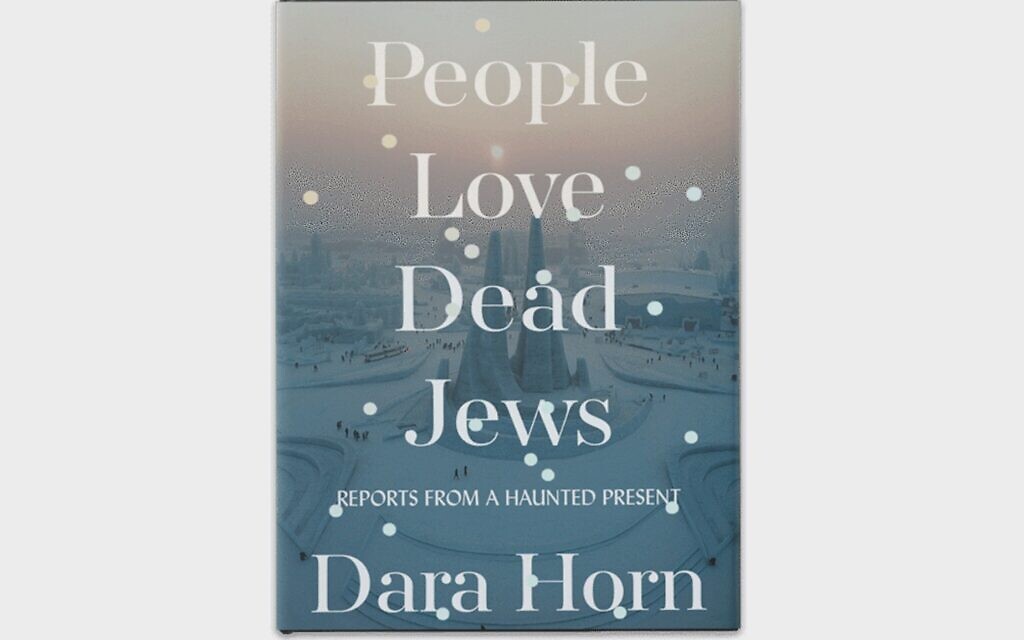 Dara Horn ends the introduction to her new book, “People Love Dead Jews,” with the hope that her readers “find it as disturbing as I do.” What she wanted to write, though, was something more direct: that she hoped her readers would “hate it as much as I do.” Horn told a group of Jewish journalists gathered to discuss her book earlier this month that her publisher made her soften her words.

That was the right decision, as “disturbed” is a much more accurate way than “hate” to describe how a (Jewish) reader will react to Horn’s essays that, in the author’s words, cover “the endless upspoken ways in which the popular obsession with dead Jews, even in its most apparently benign and civic-minded forms, is a profound affront to human dignity.”

“I wish I did not feel the need to do this,” Horn writes in her introduction. “But I want my children, and your children, to know.”

Horn, a novelist whose stories center on Jewish characters and subjects, turns essayist in her newest tome as she reflects on the world’s fascination with Jews who have died and its collective shrug when it comes to Jewish life. The 230-page collection of essays is the most astute, sensitive and honest book I have read about antisemitism.

Horn’s writing style — unabashedly frank, smart and even funny at times — serves as the perfect vehicle for her two central theses: People tell stories about dead Jews that make them feel better about themselves; and Jews must erase some aspect of themselves in order to gain public respect in non-Jewish societies.

Horn begins the book with a chapter called “Everyone’s (Second) Favorite Dead Jew,” an exegesis on the world’s obsession with Anne Frank. Horn doesn’t waste time making her point. By page 2, she jars the reader awake by contrasting the popularity of Frank’s diary (it has sold more than 30 million copies) and tours of the house where she was hidden, with a disconcerting incident that occurred in 2018. A young man who worked at the Anne Frank house was told by his employers to wear a cap to conceal his yarmulke. The leaders of the museum were seeking “neutrality,” they said, and a Jewish worker wearing a kippah might “interfere” with the museum’s “independent position.” It took four months for the museum to finally agree to allow the yarmulke in public, “which seems like a rather long time,” Horn writes, “for the Anne Frank House to ponder whether it was good idea to force a Jew into hiding.”

In a later chapter, “Blockbuster Dead Jews,” Horn writes of last year’s comprehensive exhibition, “Auschwitz: Not Long Ago, Not Far Away” at New York’s Museum of Jewish Heritage, and expounds on the proliferation of Holocaust museums and memorials across the U.S. in the 1990s. She writes: “The idea was that people would come to these museums and learn what the world had done to the Jews, and where hatred can lead. They would then stop hating Jews.”

“It wasn’t a ridiculous idea,” Horn continues, “but it seems to have been proven wrong. A generation later, antisemitism is once again the next big thing, and it’s hard to go to these museums today without feeling that something profound has shifted.”

As she notes the breadth and detail of the “Auschwitz” exhibit in New York, Horn wonders what its purpose was. While the “official” answer is “Everyone must learn the depths to which humanity can sink,” Horn worries that, instead, it sets the bar “rather high” when it comes to dangerous Jew hatred. “Yes, everyone must learn about the Holocaust so as not to repeat it,” she writes. “But this has come to mean that anything short of the Holocaust is, well, not the Holocaust.” Like a lone wolf shooting people in a synagogue.

In the chapter, “Commuting with Shylock,” Horn lays bare the strained efforts of English professors to prove that Shakespeare’s “The Merchant of Venice” is not antisemitic — when it clearly is. I can attest this is a real phenomenon. In both Shakespeare classes I took as an undergraduate, the instructors stressed Shylock’s “Hath not a Jew eyes?…If you prick us, do we not bleed?” monologue as proof that the Bard was saying that Jews were just like everyone else. Horn writes that she also handed this explanation to her 10-year-old son while listening to an audio version of the play. The child, in response, laughs: “You seriously fell for that?”

“There is a terrible bond at work here,” Horn writes, “tying us inexorably to a long history of ugly caricatures and spilled blood. And there is also a much subtler and more insidious bond, tying us to the need to justify it and accept it.”

From the preservation of Jewish heritage sites in the Middle East and elsewhere that ignore the reasons why Jewish communities no longer exist in those locales, to the Jewish martyrs of the former Soviet Union, to the lack of public empathy when visibly Orthodox Jews are murdered in America, Horn pulls no punches in calling out the hypocrisy that continues to fuel antisemitism.

Yes, it is disturbing. It is also a must-read. PJC

Toby Tabachnick can be reached at ttabachnick@pittsbsburghjewishchronicle.org.