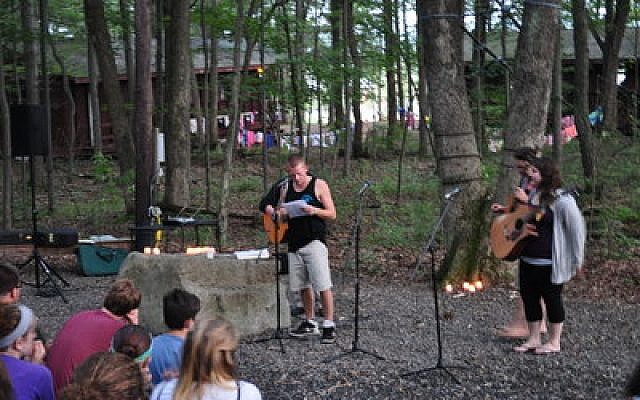 Despite a recent ethics report released by the URJ, most parents feel that their children are safe at URJ run camps, like Camp Harlam. (Photo courtesy of URJ Camp Harlam)

This is despite a recent ethics report released by the organization that found credible incidents of sexual harassment, abuse and misconduct, including sexual assault, going back decades.

“The Report of the Independent Investigation” released by the URJ in February and conducted by Debevoise and Plimpton reported on incidents taking place over decades at the organization’s workplaces, camps and youth programs.

The majority of the incidents were committed by college-aged camp counselors, none of whom currently work at any URJ camp.

Almost all of the incidents, which occurred between 1970 and 2017, occurred at URJ camps. The report didn’t find any incidents of sexual assault by adults against minors under 16 after the summer of 2017.

The report made special note of former employee Jon Adland, who worked at Olin Sang Ruby Union Institute as a unit head in 1977. Three incidents of sexual misconduct were reported with youths aged 13 or 14 at the time.

The now-rabbi has faced an ethics investigation by the Central Conference of American Rabbis in 2018 for an incident with a 14-year-old girl.

Temple Sinai Rabbi Daniel Fellman views the reports as a good starting point by the URJ. He said he sends his two older kids to URJ camp, and they are going this summer.

“To our URJ camping system’s credit, they have taken real steps to change this behavior and to acknowledge it and create an environment that is much healthier,” he said.

Temple Ohav Shalom Rabbi Jeremy Weisblatt said he understands why there might be concern about URJ camps because CCAR rabbis from URJ congregations staff the summer camps.

Weisblatt came forward in a March 11 Chronicle story alleging he was the victim of a rabbi’s abuse at a URJ congregation while enrolled at Hebrew Union College-Jewish Institute of Religion.

“I still want my kids to go to Camp Harlam,” Weisblatt said. “I worked at Ramah, I saw how they ran it. They did a beautiful job. All things being equal, I would feel very safe sending my kids there.”

Sarah Levinthal said that she received an email from the URJ’s Camp Harlam shortly after the report was released. It included a link to the report and the URJ’s current policies. She said she wasn’t surprised to receive the email, believing the URJ is generally proactive in its communications.

“I’ve been impressed with the leadership and the responsiveness at the camp in general,” Levinthal said, “especially under [Camp Harlam Director] Lisa David. She’s very transparent about everything.”

The way the camp handled COVID, she said, shows that there is a real concern for campers, along with their health and safety.

Levinthal sends two of her kids to summer camp. She said even before the URJ report was released, she had spoken with her children about sexual misconduct because of their involvement with other youth organizations.

Lori Baran sends her kids to Camp Harlam, as well. She said she chose the site over other URJ summer camps because, like Levinthal, she was impressed with the multiple layers of supervision.

“It’s obviously worrisome to send your kids to an overnight camp where kids are basically counselors, right? Knowing these things could happen, that’s why I chose Harlam, even though it’s a pain to get there and maybe pricier,” she said.

Baran pointed out that worry for your children, no matter where they are, is an issue for parents.

“My daughter is at Schenley Park right now playing football, and I’m staying close by because I’m concerned anytime my kids are anywhere. But nothing I’ve seen about summer camp has made me feel like I should be afraid,” she said.

Temple Sinai member Elizabeth Collura said the URJ report showed that there is some risk of misconduct or abuse anytime children and adults interact, no matter the situation or organization.

Collura’s daughter also attends Camp Harlam. She believes the report shows lessons have been learned from past missteps.

“What we’re seeing is that there’s now attention being paid to it, people are more serious about giving repercussions for that sort of conduct; there’s more serious acknowledgment that it is unacceptable and that victims are being listened to better,” she said.

Understanding that light is the best antiseptic, Collura believes the report has caused all parties to be more aware.

“These types of terrible things happen all around and we need to be vigilant in preventing them. I think camps, over the last several years have been vigilant are going to be even more vigilant,” she said.