Shirley Grossman has a big weekend planned. She’s making Friday night dinner for 15 people, Saturday lunch for 25, hosting Congregation B’nai Abraham’s Shabbat virtual service in her Butler-area home, reading from the Torah, reciting the haftarah and delivering a speech about what it means to celebrate her bat mitzvah days after marking her 90th birthday.

“She's the most amazing person I've ever met, that's for sure,” said her daughter Helene Goldstein of the South Hills. “I called her and I told her we were going to bring challahs. And she says, ‘I have it taken care of. I'm making them.’ She made them this morning.”

“Shirley is just one of those very rare individuals you just can’t help but admire and look up to,” said Ben Vincent, B’nai Abraham’s caretaker. “She didn’t have a bat mitzvah when she was younger. She was just one of those folks who sailed along and was Jewish but really embraced it later on.” 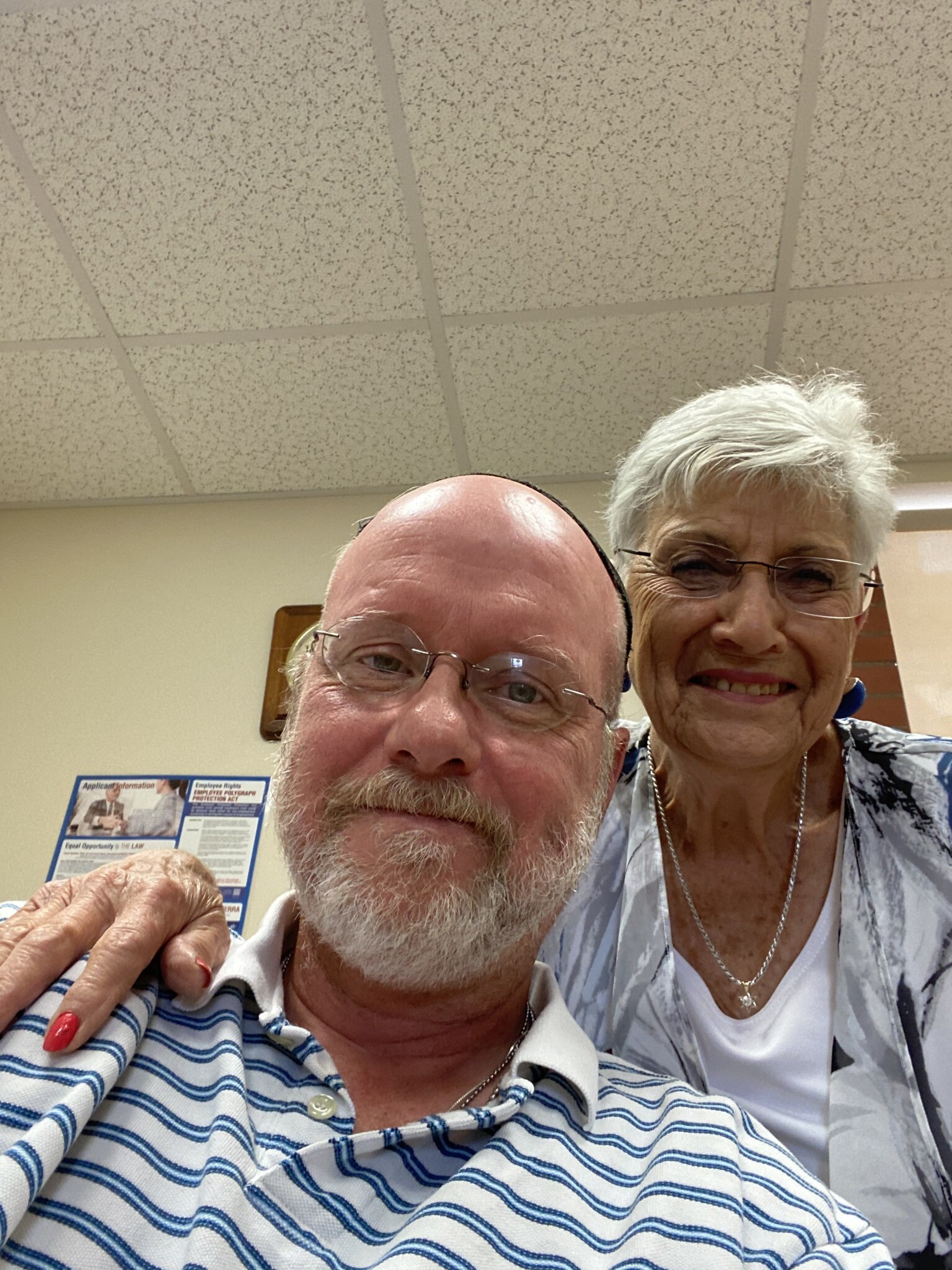 Without giving away any spoilers from Saturday’s speech, Grossman said she would be speaking “a little bit of my younger life, when I was exposed to Judaism and never learned a thing,” and then go from there “up to the present time,” she said laughing. There will also be considerable gratitude expressed to “everybody who is going to be there, who’s going to be on Zoom, people that have really brought me to this point in my life.”

Decades before Grossman sent out personalized invitations to her coming of age ceremony, she began her Jewish journey in Greensburg, where as a child she and her family attended services. After marrying her husband, the late Lawrence Grossman, she moved to Butler and began frequenting Congregation B’nai Abraham.

“When he was living, yeah we went to synagogue, and we celebrated the holidays together and so on and so forth — the family was very close, and we were always together for every occasion — but I wasn't as active in the synagogue as I am now,” she said. “I mean I think I'm the head of every committee there is.”

There’s truth to Grossman’s assessment, as listing the entirety of her B’nai Abraham involvement would be nearly impossible, explained Vincent.

“She is sort of the matriarch of our congregation,” he said. “She is a board member. She is the house chairperson. She works on the memorial tablets. She serves as the administrative assistant. When she speaks, things get done. She is sort of the cornerstone of our community.” 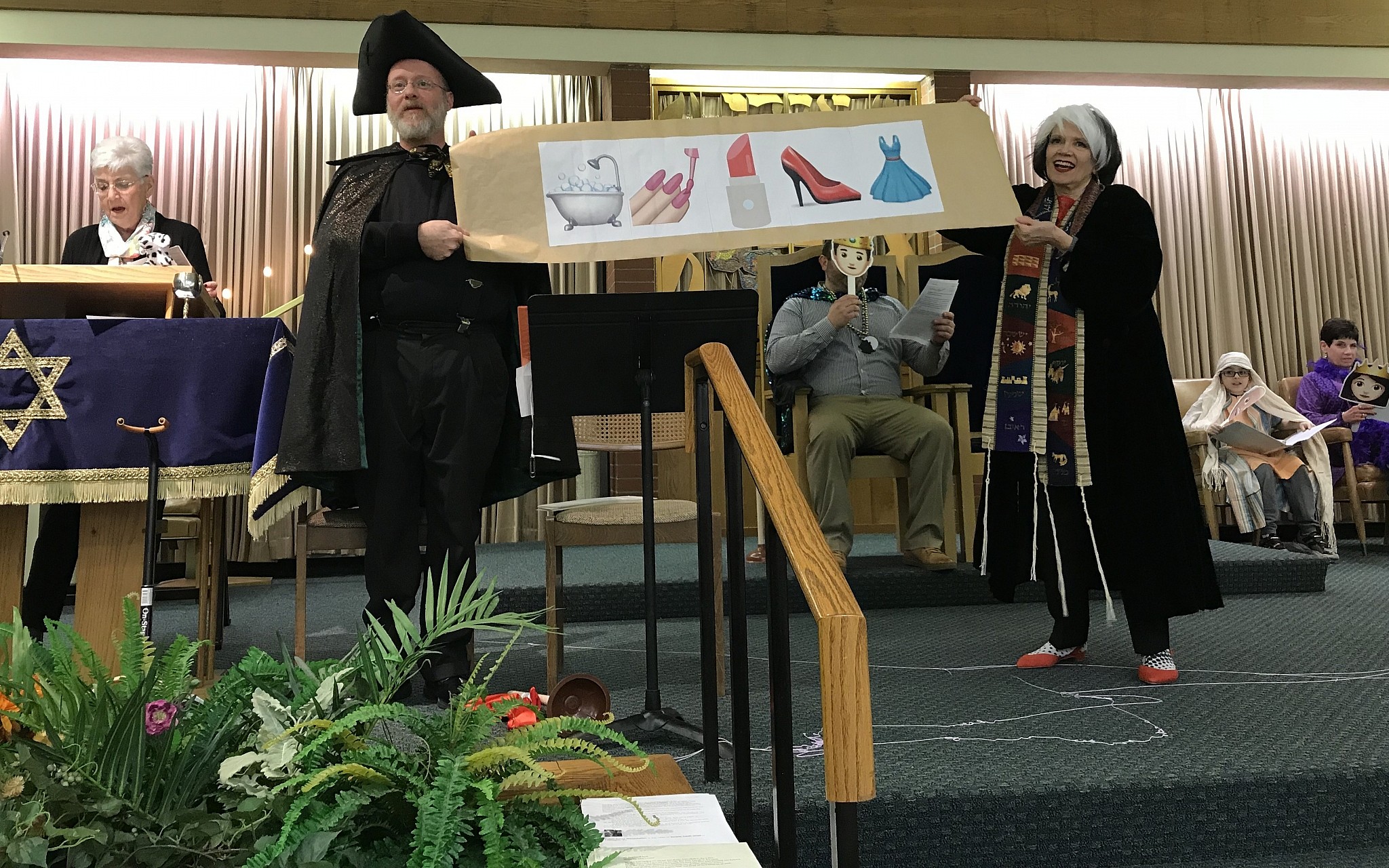 Ben Vincent and Cantor Michal hold a scroll showing, in emojis, the beauty treatments available to the maidens competing to be the Queen of Persia at Congregation B’nai Abraham. Also pictured, from left, are Shirley Grossman, David Perelman, Ethan Binus and Helene Grossman. Photo courtesy of Cantor Michal Gray-Schaffer

Working with Grossman in various capacities at the synagogue has been not only fun but instructive, noted B’nai Abraham’s spiritual leader, Cantor Michal Gray-Schaffer: “We are supposed to be lifelong learners and she certainly is a shining example of that.”

Whether it’s mastering Hebrew literacy or the ability to read from a Torah scroll, Grossman has inspired others in the congregation, continued Gray-Schaffer.

“I’ve started rabbinical studies because of her,” said Vincent. “She’d been encouraging me.”

Like many bat mitzvah celebrants, Grossman has collected a fair number of gifts in recent days, but despite receiving jewelry from her daughter, flowers from friends and a number of cards, Grossman said her celebration is a chance to recognize others. 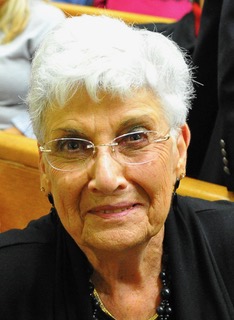 “Between my cantor and Ben Vincent, they have taught me so much — much, much more Judaism than I ever knew — and it just made me appreciate my Jewishness,” she said.

Life cycle events are best cherished in the company of loved ones, and for that reason Grossman plans on clinging tightly to what she can Saturday morning. Almost four years to the day of her husband’s passing, Grossman will wear the same tallis he wore when celebrating his own bar mitzvah nearly 80 years ago in New Castle.

Doing so is an opportunity for remembrance, but as much as the service offers a nod to the past it’s all about the future, explained Grossman.

Along with becoming a bat mitzvah, Grossman will spend the Shabbat service celebrating her 3 year-old great-granddaughter Adeline Trivilino, of Canonsburg, who will be receiving a Hebrew name.

“I am so thrilled about that, because she is special to me,” said Grossman.

Marking these moments together is a blessing, noted Goldstein, Grossman’s daughter: “There's so many people my age that don't have their parents. I know how lucky I am and how blessed I am and how fortunate I am. It couldn't be more special, that's for sure.” PJC