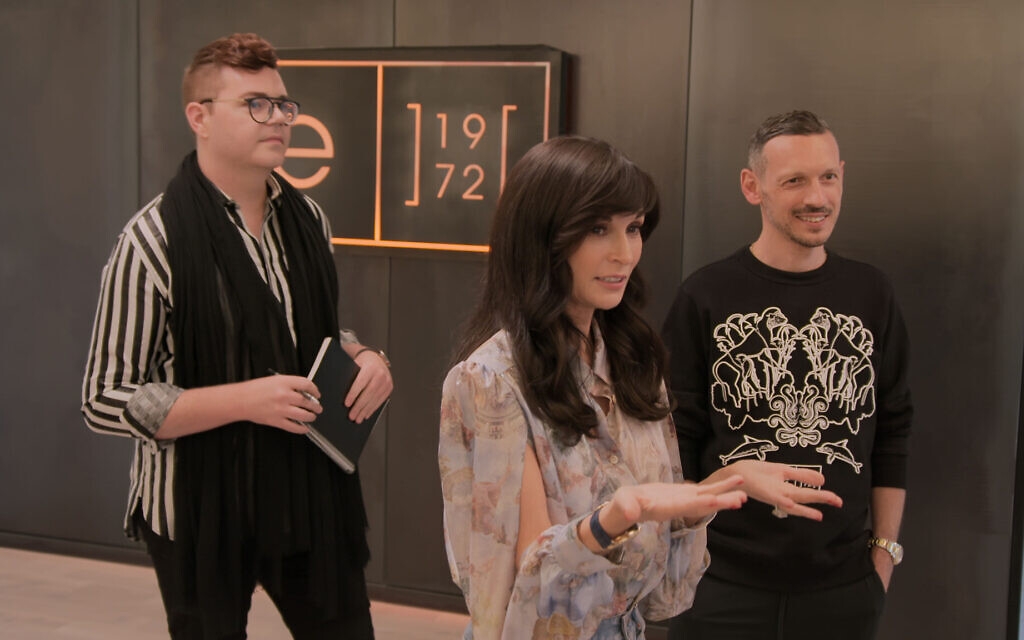 In “My Unorthodox Life” (Netflix), we see a fascinating woman who felt trapped in the Orthodox Jewish community is “kick ass” (as her daughter puts it) in the secular world of fashion, and feels liberated to express herself and her sexuality. Needless to say, many parts of this “reality” show are clearly staged, and yet moments of authenticity shine through.

Julia Haart is clearly fearless, but she is also a woman of contradictions, especially when, in the name of freedom and choice, she emotionally manipulates her son to abandon his religious beliefs and practices which he claims to have chosen freely. She says he is being brainwashed by the religious, and yet there is more than a little hint of brainwashing in her own imposing stance with her children.

The heroine of this show sees Orthodox Judaism as inherently oppressive, especially toward women, which has sparked a response from many successful and happy Orthodox women who don’t see themselves as oppressed. In turn, these women are called apologists by critics and leavers of Orthodox Judaism. I must confess that when I first left Orthodox Judaism some years ago I also saw things in this light.

Each and every community or society has its own unique norms and values that affect people in the community in different ways — sometimes beneficially and sometimes harmfully. The same norms that can harm some can benefit others; the same values that can produce negative effects can also produce positive effects.

Take for example the insularity and xenophobia that exists in many ultra-Orthodox communities. I would argue that this is one side of a coin whose other side is unparalleled community support systems and safety nets. No other community I know of exhibits that level of concern and support for its members — including a private first resolve system, free AA service, interest-free loans, lending organizations for any and every need, volunteers to visit the sick, and the list goes on and on. Even since leaving the strictly Orthodox community and suffering quite a bit of pain through shunning and family cut-off, in times of need it is more often than not Orthodox Jews who stood by my side and offered a helping hand.

Just to be clear, I am not saying that the good excuses or cancels the bad. But I am asking, what if they come as a package deal? What if that tremendous, unparalleled community support comes hand-in-hand with insularity? What if the reason we don’t see this level of communal support in wider society is because we are more individualistic, cosmopolitan and universal?

Every community has its own good and bad. Since leaving the Orthodox community I am freer, but I am also less supported. I am less judged, but I am also less looked after. I can make more choices, but I am more lonely. In other words, I have gained the benefits of individualism and suffered its negative consequences, too. That was my choice and I’d do it again, but I won’t judge those who find the other option more appealing, nor will I claim that mine is the universally better choice.

If we want to help “oppressed Charedim” there are plenty of people who need help. Most people like Julia Haart — who feel oppressed by the Charedi system — don’t have her fearlessness, connections and money. I didn’t. Please do help people in that situation for whom the Charedi system doesn’t work and who find themselves genuinely oppressed and helpless. But don’t assume that Charedim in general are victims who just need to see the light of Western liberalism.

Julia Haart says she felt oppressed in her Charedi community. I believe her. So did I. But she also says she sees Charedim as victims. That’s where she’s wrong. My mother, a proud and happy house mother, is no victim, nor are thousands of happy men and women in the community who live their best lives with beautiful family values and profound meaning. Let’s put to rest this lazy trope of Charedim as oppressed and miserable, shall we? PJC

Izzy Posen grew up in the ultra-Orthodox community in Stamford Hill in London and attended several Charedi yeshivas. He has now departed from that community and is a Jewish educator in the wider Jewish community. A longer version of this piece first appeared on Britain’s Jewish News. It was edited here for length.