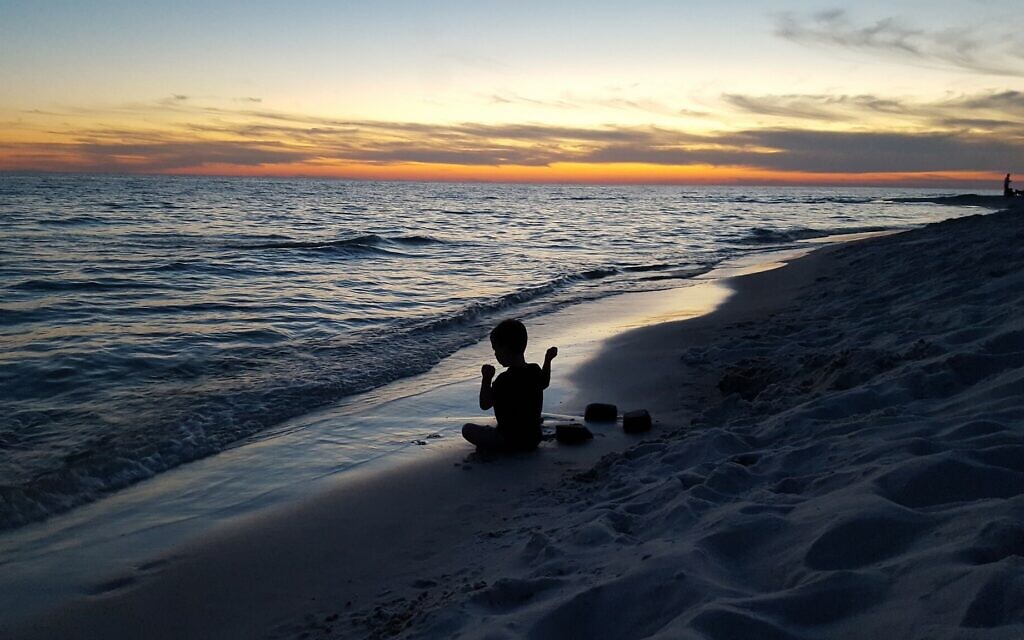 Malori Asman's grandson Riley Herman, now 8, throws rocks into the Gulf of Mexico at sunset for tashlich in Rosemary Beach, Florida in 2016. Photo by Erin Herman.

Before she died, Eduardo Schnadower’s grandmother taught her maid how to cook kibbeh cake with mole, a Mexican twist on the Middle Eastern dish. That maid continued the legacy, using those same recipes to whip up High Holiday meals that brought the family’s Syrian Jewish traditions to life in Mexico.

Meanwhile, Yafa Schnadower scrambled to write down her own grandmother’s Syrian Jewish recipes — her family eschewed measurements in favor of generalities like “just pour some sugar” or “add a little of this.” She eventually got something down on paper.

This year, Yafa will carry on tradition in her Pittsburgh kitchen, making foods like tabouleh, kibbeh cake and tilapia with tahini sauce, to replicate the tastes of the High Holidays back home.

The Mexican couple moved to Pittsburgh a few years ago so Eduardo could pursue a doctorate at Carnegie Mellon University and Yafa could earn her master’s at Chatham University. They often return to Mexico for many of the Jewish holidays, but with the pandemic this year, they’re on their own.

“I miss my family in Mexico a lot,” said Yafa. “But also, it’s interesting to see how different the traditions are here, how they call the ingredients, how they make the prayers.”

Pittsburgh poses particular challenges. For example, Yafa can’t find chilacayote — a kind of squash similar to pumpkins — so she’ll replace it with zucchini. It’s part of the seder-like sequence of vegetables and fruits many Jews pair with certain prayers on Rosh Hashanah. 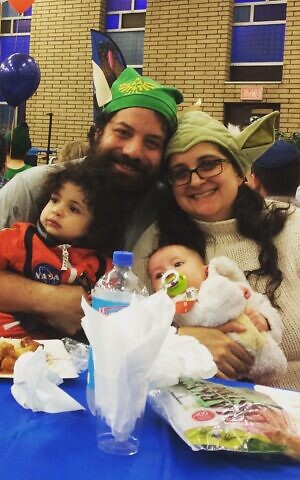 The Schnadowers at Chabad of Squirrel Hill’s Purim celebration in 2018. Photo courtesy of Yafa Schnadower.

But Pittsburgh also has been a source of community. The Schnadowers and their two children have attended programs around town and found a home at Chabad of Squirrel Hill, which they consider most like their Modern Orthodox community in Mexico.

Eduardo will pray there for the High Holidays, and Yafa and the kids will stop by to hear the shofar and do tashlich on the second day of Rosh Hashanah.

Still, it’s not the rowdy Sephardic experience they’re used to.

“Specifically on the High Holidays, all my childhood, I grew up going to the Sephardic synagogue,” said Eduardo. “The first time after I got married that I went to an Ashkenazi synagogue for the High Holidays, I was like ‘Why is everybody so quiet?’ You are supposed to shout out your soul during the prayers because that’s what Sephardim do — they pray so loudly that you finish Yom Kippur with a coarse voice.”

But while they can’t go to their Syrian-style synagogue, the Schnadowers will still have dinner with both sides of the family, just virtually. They plan to Zoom their parents into the Rosh Hashanah dinners before turning off their phones.

“We have had many different looks to our Rosh Hashanah,” Asman said. Day one typically is a traditional experience with services at Beth El Congregation of the South Hills, but the family gets creative on day two.

They write their own service, incorporating themes of self-improvement and social justice into activities that even get the 3- and 4-year-olds thinking. The family will often spend the day in nature. In past years, they have done tashlich on the beach and hiked.

“Rather than going into a synagogue and being among hundreds and hundreds of people,” said Asman, “we wanted a way that we could translate that into something more meaningful on an individual basis.”

The Asman family on Rosh Hashanah at the botanical gardens in Birmingham, Alabama. They did meditative yoga and walked through the gardens. Photo by Barry Asman.

The Asmans started the annual tradition when their three kids were in their early teens — they got townhouses with four other families and wrote their own service. Now, their children are in their mid-30s and their grandkids are joining the fun.

This year, the Asmans plan to Zoom Beth El’s service on the first day of Rosh Hashanah. And the second day, they’ll do a private family tashlich service from their speedboat on the Monongahela or the Allegheny.

Everyone will have a little part — including 1-year-old Gavi and 3-year-old Leo. It might involve using building blocks or coloring a large-scale mural or drawing trees.

“We try to involve all of that and just set the tone to how we can make the world a better place and ourselves as well,” said Asman.

But while the Asmans go big, Laryn Finder will be celebrating more quietly at home. Aside from a daily one-mile stint around her Upper St. Clair neighborhood, she hasn’t left the house she shares with her husband, Moses, since March.

For the High Holidays, Finder, 90, will cook for a party of two. She’ll make her usual round challahs and honey cake, but dinner will be more “creative,” she said — she’ll use whatever ingredients she happens to find in her freezer. 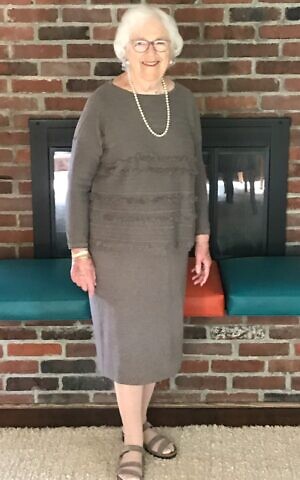 Laryn Finder in her new dress. Photo by Moses Finder.

Finder had long debated getting a new dress — a brown, knit two-piece with rows of fringe — to spruce up her wardrobe for the High Holidays. She went for it, even though she will not be attending services in person this year, much to her husband’s bewilderment.

But she’s not atoning for the decision. “I’m very excited that I’m going to be all dressed at the table,” she said. “We’ll have a beautiful dinner, and then we’ll retire to the den and watch services. I’m happy that it’s one way, and they can’t see my room, but I can see them.”

The Finders are taking advantage of the invisibility Zoom provides: Moses might spend Yom Kippur in his pajamas.

Though Finder usually goes to Temple Emanuel of South Hills in the morning for services and stays there until Neilah, she’s happy about this year’s virtual option.

“Getting to services on time has always been a challenge in this house, and I’m the cause,” she said.