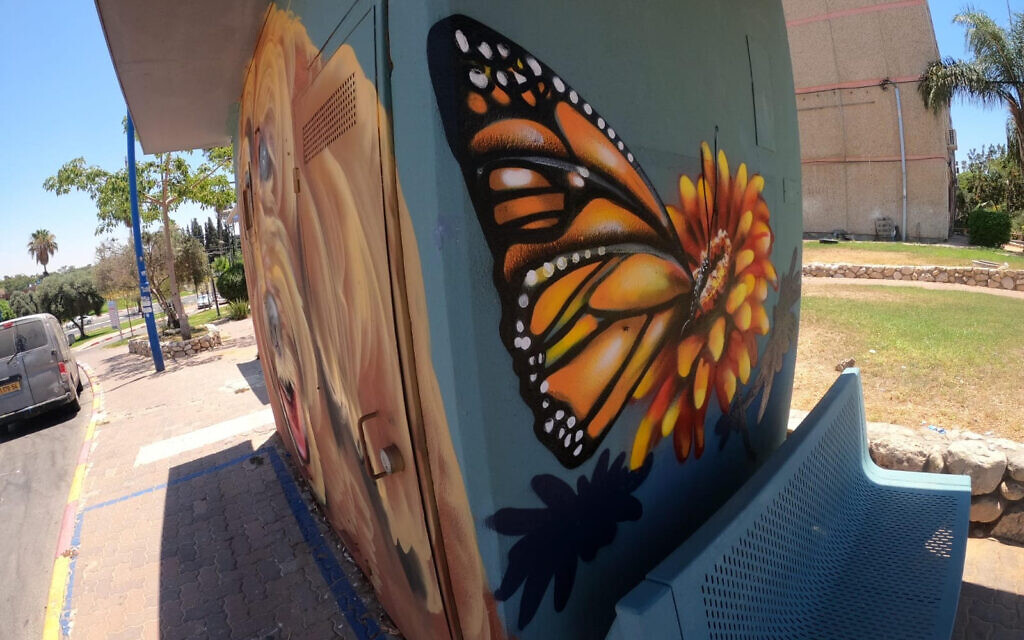 A bomb shelter in Sderot, Israel, was decorated in memory of Pittsburgher Diane ("DeDe") Fink. (Image courtesy of Julie Paris)

Diane “DeDe” Fink, a Pittsburgh educator and Jewish mother and grandmother who passed away in October 2020, was a force of nature.

Left paralyzed by a bicycle accident nearly 40 years before her death at age 72, Fink met adversity with remarkable passion, winning multiple wheelchair competitions — including the Great Race — and netting gold medals in track and field and swimming at the U.S. National Wheelchair Games. She filled her house with flowers, pictures of her loved ones and trinkets. She “bedazzled” her wheelchair. She even liked to match her eyeshadow to her earrings.

“She knew how to put pieces together to make them beautiful and she knew how to find the beauty in everything,” her daughter, Julie Paris, told the Chronicle. “She had a special way of making things beautiful — she just had an amazing ability to make challenges into opportunities.”

That beauty now is spreading to the other side of the world. Thanks to a donation by Paris and her family to Jewish National Fund U.S.A., an artist has transformed a bomb shelter in southern Israel into a tribute to Fink, who grew up in Squirrel Hill and raised her family in Fox Chapel.

Beautifying bomb shelters, some of which are just yards from Israel’s border with the Gaza Strip, is part of JNF USA’s “Blueprint Negev,” an initiative to attract 500,000 new residents to Israel’s south, according to leaders of the organization. The shelter painting project, executed by local artist Elisaf Miara, also is catching on in interesting ways: Area children have started joining Miara in painting the bomb shelters in their own communities.

“Imagine putting your young children to bed or helping them get ready for school in the morning, and suddenly, your family is jolted by the sound of a wailing siren and you have just a few seconds to run to the nearest bomb shelter before being surrounded by a barrage of rockets,” said Jeff Koch, director of JNF-USA, Western Pennsylvania. “Hearing loud explosions while running for your life would be a terrifying experience for anyone, but it’s especially traumatic for children. Thanks to philanthropists like Julie Paris, these stunning masterpieces help young kids cope while living in fear and demonstrate how Israelis will always find a positive light — even in the darkest of times.”

JNF USA invites supporters of Israel to make a donation to dedicate a bomb shelter masterpiece in honor or in memory of a family member or life event. Donations toward the bomb shelter beautification project were matched, up to $50,000, through February thanks to several prominent donors.

Fink’s new mural is located in Sderot, a southern Israeli town less than a mile from the Gaza Strip. Paris said her mother, a passionate supporter of the Jewish state, would be proud to know her memory lives on through the shelter’s art, depicting butterflies, flowers and her dog, Izzy, a miniature goldendoodle. 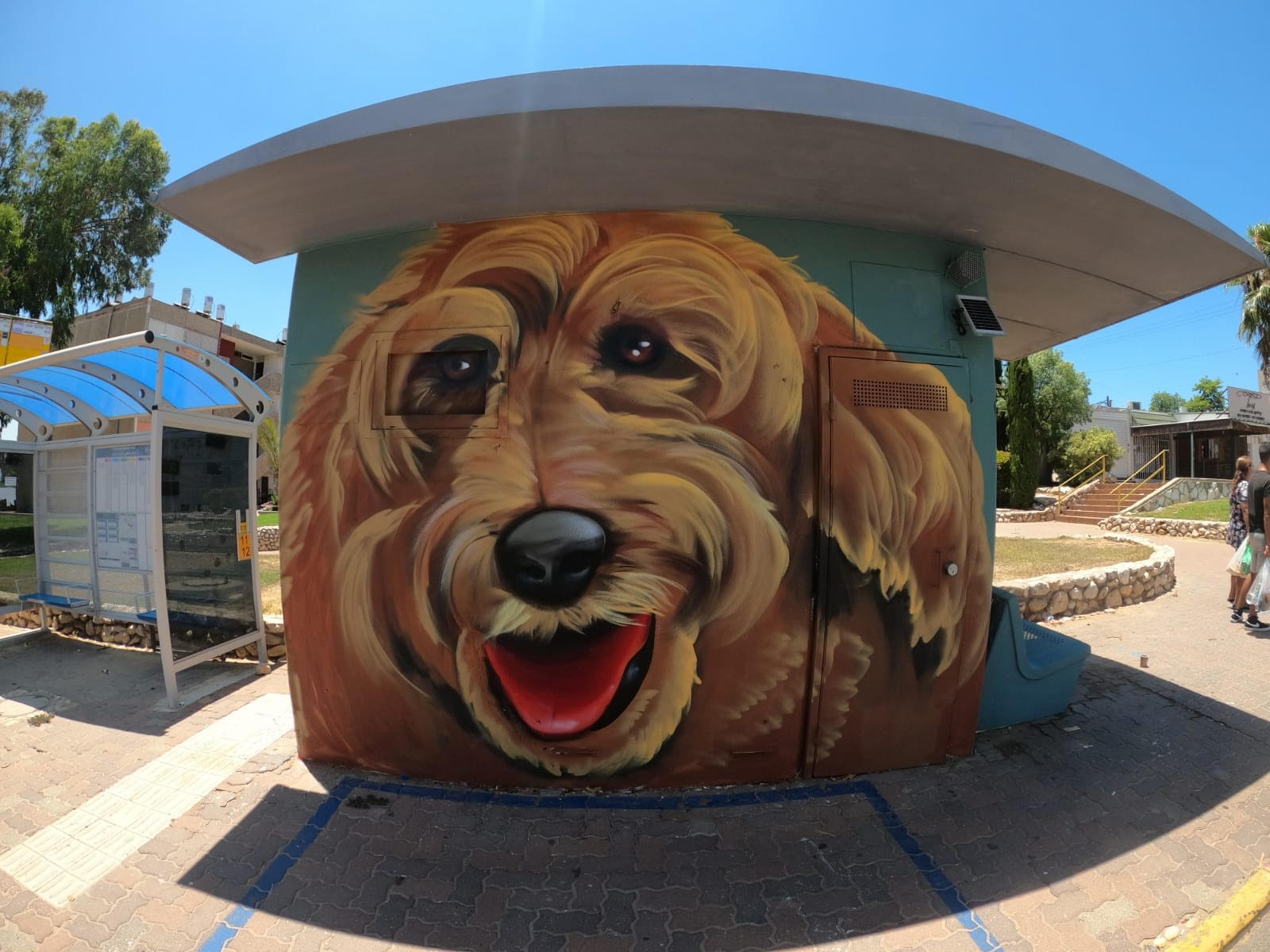 Anyone who knew her mother, Paris added, “would walk up to this shelter and say, ‘Yeah, that’s DeDe.’”

Putting a little beauty on concrete — or using paintbrushes to wipe away terrorist acts — is not the only benefit to the program, Koch told the Chronicle.

“We beautify these bomb shelters not only to help the local communities, but also to create jobs and livelihoods,” he said. “When we employ an artist to paint a bomb shelter, this has a multiplying effect throughout the local economy.
“Julie’s support for Israel is simply inspiring,” he added. “And I believe her work will motivate others to get behind our vision for the Negev.” PJC