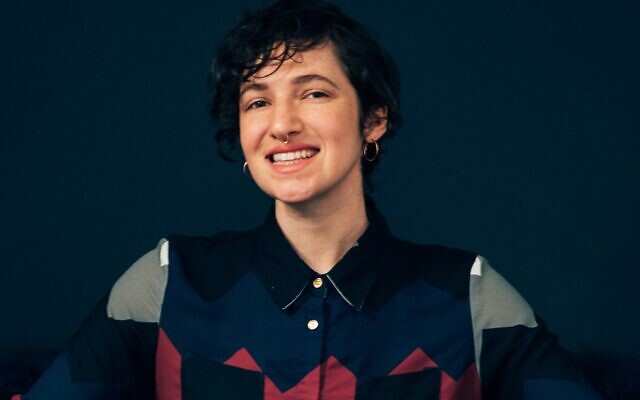 The local chapter of advocacy group Repair The World has announced the hiring of a new person at its helm during a heightened, perhaps historical, period for social justice in the American psyche.

Julie Mallis has been named Pittsburgh’s new city director, replacing Zack Block, who launched the Pittsburgh arm of the tikkun olam-oriented national organization in 2013. Block, who worked as a tax attorney before committing his career to activism, will continue with the national group as senior director of communities.

Mallis joined Repair The World Pittsburgh full-time last July as program director. A multimedia artist and educator, Mallis was the creative director of art gallery and creative hub BOOM Concepts, and has been very active locally with groups such as Bike Pittsburgh and MGR Youth Empowerment.

Pittsburgh Technology Council recognized Mallis, alongside one of BOOM Concept’s co-founders, D.S. Kinsel, as Creator of the Year in 2016. In 2018, Mallis was commissioned to paint a 1,000-foot mural on Strawberry Way in downtown Pittsburgh; the resulting work features colorful imagery interlaced within an interactive game that asks bold questions about equity and justice.

Block, who oversees city directors in his national role, said individual partnerships are big parts of the groundwork locally. He feels Mallis – whom he called an “optimist” to his more realist approach – will excel in this capacity.

“There’s this abundance and love they put out into the world,” Block said. “I’m excited for them to step up this program on another level.”

Block said he was shocked to learn Mallis was interested in the role in the first place.

“I didn’t think somebody of Julie’s caliber would be interested,” Block laughed. “But this work is in their soul.”

Mallis, who lives in Garfield, comes from a Reform Jewish background but stressed they “always have been grounded in religious pluralism and spirituality.” Mallis attends services at several synagogues and shuls around the city and their mother is an interfaith clergy member who has operated their own meditation practice since 1993.

Mallis stressed that, in a moment ripe with context over the death of George Floyd, Jews need to remember the importance of activism and social justice, not just in terms of anti-Semitism, and noted that we all “are stronger than hate.”

Jews also need to remember, in the context of #StrongerThanHate, the widespread support the community received when it was under attack during the synagogue shooting in 2018, Mallis said.

“I want to encourage Jewish people to speak up against racial injustice,” Mallis said. “When we were hit with a traumatic experience, it’s helpful to remember what other people did for us at that time. We have to show up for others.”

“When we do nothing in the face of racism and brutality,” he wrote, “we represent Amy Cooper and Derek Chauvin. We are complicit.” PJC