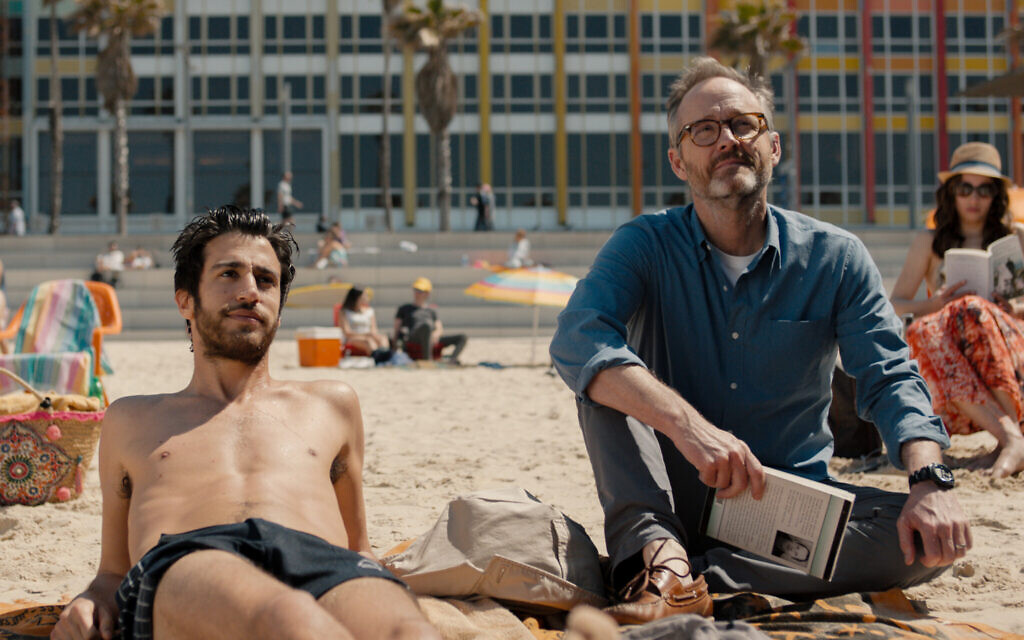 JFilm, the region’s long-standing Jewish film festival, begins its 28th season online on April 22 and runs through May 2, featuring 18 international Jewish-themed films. From the opening night showing of “Sublet,” the tale of a middle-aged gay travel writer in Israel, to “Thou Shalt Not Hate,” an Italian-language drama about a Jewish surgeon experiencing guilt in the aftermath of an ethical dilemma, the films thread universal themes of love, acceptance and discovery.

As in years past, the festival’s films come from around the world, including Canada, Denmark, Israel and Mexico.

Reviews of six of the films follow. For a complete schedule and to view trailers, visit filmpittsburgh.org/jfilm/films. 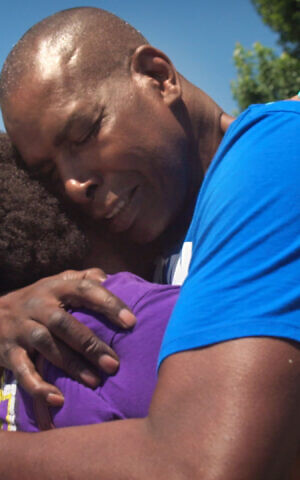 More than 40 years before NBA superstar Amar’e Stoudemire suited up for Maccabi Tel Aviv, another American-born basketball player took Israel by storm. After being cut from the New York Knicks in 1975, Aulcie Perry, a 6’10” overlooked center, arrived in the Jewish state. Perry’s ability to lead Maccabi Tel Aviv to two EuroLeague Championships, and captivate a country’s heart during nine seasons of play, begins director Dani Menkin’s 74-minute film. As the documentary unfolds, however, the Israeli hero’s professional career wanes as his struggles rise.

Relationship difficulties and drug addiction plague the international superstar ending his meteoric climb from Newark’s gang-filled streets. Menkin relies on interviews with Tal Brody, an American-Israeli basketball player, as well as conversations with teammates and coaches in telling Perry’s redemption story. Whether “Aulcie” hits that shot or suffers a near miss largely depends on how one views Menkin’s portrayal of Perry’s quest to explain himself and reconnect with family. Unlike the EuroLeague Championships, life doesn’t keep score and it’s often tough to tell who wins even after the buzzer sounds.
— Adam Reinherz 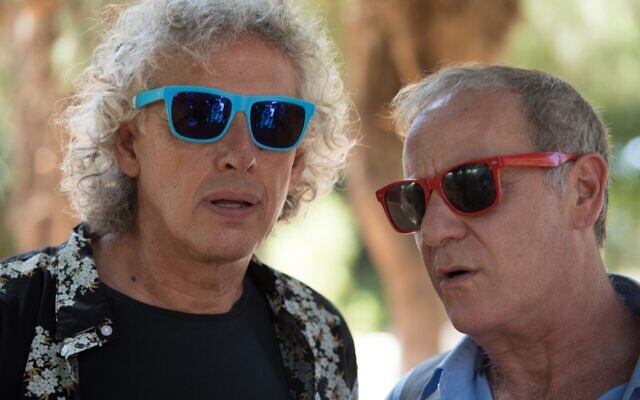 “The Electrifiers”
Hebrew with English subtitles; 90 minutes
A pre-recorded Q&A with the film’s director, Boaz Armoni, accompanies this screening.

Middle-aged rocker Mickey Tevel’s life is falling apart. He is separated from his wife and she has started to see someone new; his band has been fired from the one steady gig they had; he’s living out of his van; and, his agent has died.

As the occasional narrator of “The Electrifiers” says after one particular embarrassing moment, “There are low moments in life, rock bottom moments and you think you can’t go any lower. Mickey found a way to fall even lower.”

Mickey’s luck starts to change after Anna Lev, a much younger singer confined to a wheelchair due to spinal cord injury, joins the band.

A talent agent from America comes to Israel and sees the “The Electrifiers” perform. The band’s sound, freshened by the addition of Lev, is a hit and they are booked for at least one show in the United States.

Just when it seems things are on the upswing, issues with the band’s visas cause more complications.

“The Electrifiers” has plenty of laughs, lessons about the value of friendship and family, and a look at what it means to live for a dream that might be different than the one you thought you were working toward.
— David Rullo 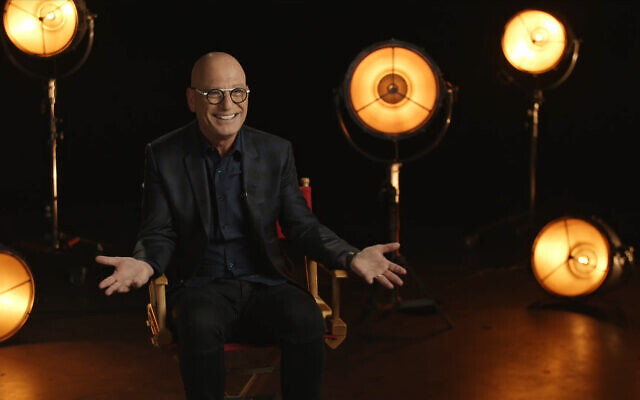 “Howie Mandel: But, Enough About Me” (Photo courtesy of JFilm)

“Howie Mandel: But, Enough About Me”
English; 89 minutes
A pre-recorded Q&A with the film’s director, Barry Avrich, accompanies this screening.

Howie Mandel’s life is a series of contradictions.

He’s a world famous comedian whose first national success came through a dramatic role; a public figure whose obsessive-compulsive disorder prevents him from shaking hands; a dedicated family man whose friends and family often bear the brunt of his practical jokes and escapades.

The documentary “Howie Mandel: But, Enough About Me” lays bare many of these contradictions detailing the comedian’s rise from the clubs in his hometown of Toronto to his role as a judge on the hit show “America’s Got Talent.”

The film serves as a companion piece to Mandel’s autobiography “Don’t Touch Me.” It recounts his early start as an improv, anxiety-driven comic to his numerous stints on “The Tonight Show” and his tenure on the hit medical drama “St. Elsewhere.” The documentary recounts Mandel’s time hosting own talk show, his acceptance of becoming the face of “Deal or No Deal” (a role that turned the comedian from a star to a phenomenon), and his new passion: filming short pieces for TikTok.

In the revealing 88-minute film, Mandel remembers his time as a carpet salesman before beginning his comedy career, discusses the death of his father, and, in some of the most intimate footage, explains how OCD affects his life. He also talks in detail of his deep love for his wife, and even revisits the Toronto synagogue where they were married.

“Distraction is my coping skill for life,” Mandel says, and “But, Enough About Me,” directed by Barry Avrich and filmed during the COVID-19 pandemic, bears out that point. It also illustrates Mandel’s love of family and his drive to succeed despite the challenges of dealing with obsessive-compulsive disorder and anxiety.
— David Rullo 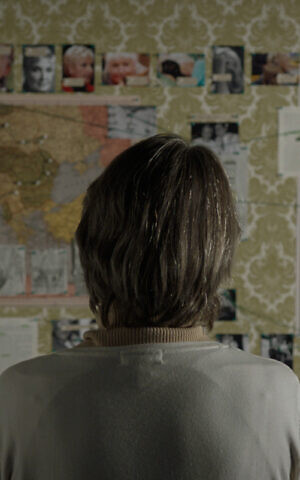 Early on in “Misha and the Wolves,” director Sam Hobkinson relates an almost unbelievable tale of a young girl during the Holocaust: In the process of traveling through the woods from Belgium to Germany in search of her parents — and avoiding Nazis in the process — she is accompanied by a pack of wolves. The narrative that follows in the 90-minute documentary, an Official Selection of the Sundance Film Festival, spans decades and involves international parties and talking heads, and while archival footage offers a trail of facts, the questions raised by the story are ever more compelling: In the aftermath of horror, who can claim victimhood? Is memory the arbiter of truth? What do we make of those who veer from the pack? “Misha and the Wolves” offers hints, and uses the mysteries of wolves and their relationship to humans as bait to explore fact, fiction and where demarcation falls. Whether the totality of the film is enough to satisfy a hungry audience is yet another unanswered question.
— Adam Reinherz

“Sublet”
English/Hebrew: 87 minutes
Opening Night kicks off with a screening at 7p.m., followed by a ZOOM after-party at 8:45pm.
A pre-recorded Q&A with the film’s director, Eytan Fox, accompanies this screening.

In “Sublet,” Michael, a middle-aged gay journalist from New York visiting Israel on assignment, tells Tomer, his unexpected roommate in his Tel Aviv sublet, that the city is one of contradictions — it is both “chaotic” and “laid back.”

This quiet tale of human connection is itself a study in contradictions: youth versus age, discipline versus spontaneity, monogamy versus the inclination to shun commitments.

The film is at once a love letter to Tel Aviv and a contemplation on the complexity of relationships. An Official Selection of the Tribeca Film Festival, and the winner of the Audience Award of the Philadelphia Jewish Film Festival, “Sublet” is presented in partnership with ReelQ Film Festival. It features understated and moving performances by both John Benjamin Hickey and newcomer Niv Nissim.
— Toby Tabachnick 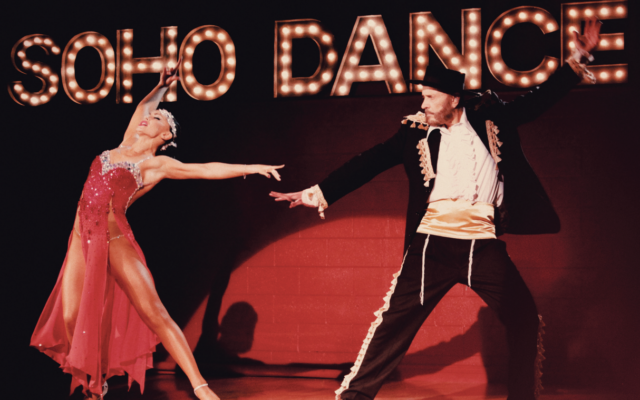 The plot is preposterous and the acting is cartoonish, but “Tango Shalom,” produced by Joel Zwick (“My Big Fat Greek Wedding”), is nevertheless a welcome escape during a trying year, with an endearing message of inclusivity and tolerance.

Set in the Chasidic neighborhood of Crown Heights, Brooklyn — denoted as “the promised land” at the commencement of the film — we are introduced to Rabbi Moshe Yehuda, a father of five, who is struggling financially. When he ventures out of Crown Heights in search of a job, he stumbles across a tango class taught by Viviana — a beautiful dancer with a heart of gold — who invites him to be her tango partner in a televised competition with a big cash prize. Moshe loves to dance, has a talent for it, and really needs the money. But, because of his religious beliefs, he is forbidden to touch a woman other than his wife, which puts him in a pickle.

Moshe goes in search of advice, first to his Grand Rebbe, then to a Catholic priest, a Muslim imam and a Sikh holy man. Integrating the wisdom imparted by each of his newfound spiritual guides, he comes up with a strategy to dance with Viviana while abiding by his Orthodox mandates — sort of.

The film features an ensemble cast including Renée Taylor (“The Nanny”) and Lainie Kazan (“My Big Fat Greek Wedding”). Karina Smirnoff (“Dancing with the Stars”) shines as Viviana. The late Joseph Bologna plays the priest. “Tango Shalom” was his last project.

The film has garnered several awards, including Best Jaipur Critics Film at the Jaipur International Film Festival and Best Comedy and Best Lead Actor at the Montreal Independent Film Festival.

“Tango Shalom” plays into cultural stereotypes and won’t appeal to everyone, but if taken for what it is — a confectionary parable with a timely lesson — it is worth a watch. PJC
— Toby Tabachnick