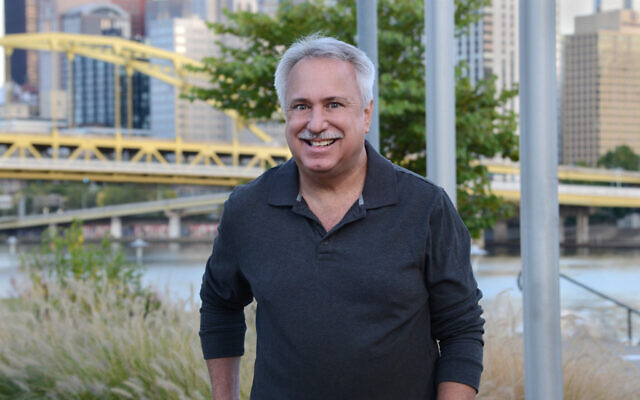 Jeff Freedman noticed there was something missing in Pittsburgh’s LGBTQ community, so he decided to do something about it.

Over the years, there were webpages and Facebook groups offering pockets of resources and information, but there really wasn’t a unified virtual home for members of the local LGBTQ community and their allies, said Freedman, 60.

“There've been a couple publications that have popped up to kind of fill that need,” he continued, “but they just quickly kind of fade out, unfortunately.”

Five months ago, the situation changed when QBurgh (qburgh.com) launched. The “one-stop shop,” which intentionally went live on National Coming Out Day, offers a website, podcast and social media presence for residents of Western Pennsylvania.

Along with operating as an informational hub for upcoming programs and services, QBurgh hosts a bevy of reading materials, including local news, recipes and reviews.

QBurgh’s diverse material is a credit to the site’s many freelancers, said Freedman. “We're asking writers to write about the stories that they want to tell, so a lot of our writers are writing from the heart,” said Freedman. “A lot of writers are writing how they feel, and about their experiences, and we're grateful for them to share those experiences with everyone.”

Freedman, who created QBurgh with Jim Sheppard, has authored one piece and hosted a podcast episode, but said his efforts are more focused on spreading information about QBurgh’s existence.

In that way, the work mirrors his nearly 40 years of activism, explained Freedman.

“I feel that everything I've done before has brought me to QBurgh,” he said.

Since the 1970s, Freedman, a resident of Pittsburgh’s Arlington neighborhood, has participated in Pride events. He is a past chair of Pittsburgh's PrideFest and the EQT Equality March, and a Delta Foundation of Pittsburgh board member.

Currently a member of Bet Tikvah congregation, Freedman celebrated his bar mitzvah decades ago at Congregation Ahavath Achim (The Carnegie Shul), and was confirmed at Temple David in Monroeville, but, he said, “my Jewish identity wasn't a big part of my life growing up. It certainly became more of an influence and more of an identity, as well as being gay was an identity to me.”

QBurgh is attracting a wider audience each day, Freedman said, and he hopes users “enjoy reading it as much as we are having a good time producing it and making it happen.”

“If anybody feels like they would like to engage with QBurgh, please reach out,” he said. “We're always happy to help answer any questions and just be there for people.” PJC