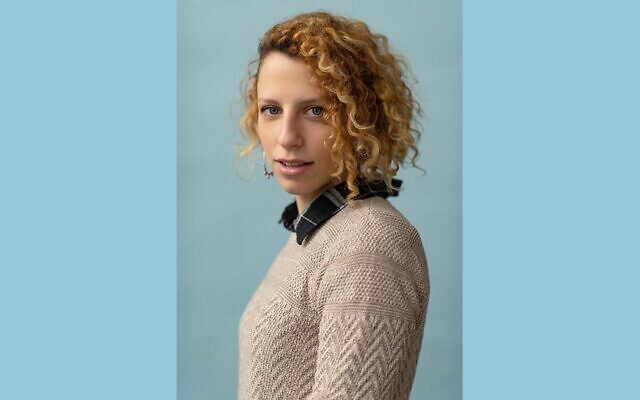 Avi Diamond didn’t originally have her sights set on becoming the first LGBTQ+ Outreach Advocate at the Women’s Center & Shelter of Greater Pittsburgh.

The 29-year-old had planned to work with children with special needs and emotional issues. Diamond needed clinical hours, however, to finish her master’s degree, and a friend she met while working at the Friendship Circle suggested the Women’s Center.

After interning for a year at the center, the LGBTQ+ outreach position was created in September 2019. “It really resonated with me,” Diamond said. “It was something that hadn’t existed before. I felt like it was meant to be. I was thrilled when I was offered the position.”

The Women’s Center has been offering support and aid to more than 8,000 individuals per year, including shelter for those fleeing dangerous domestic situations, for more than 45 years.

Diamond said the Women’s Center created the new position because there were not many clients from the LGBTQ+ community seeking help from the center despite a perceived need for its services.

Current data about domestic abuse in the LGBTQ+ community is scarce, but the Centers for Disease Control’s 2010 National Intimate Partner and Sexual Violence Survey found that 44% of lesbian women and 61% of bisexual women experienced rape, physical violence and/or stalking by an intimate partner in their lifetime.

Diamond, who recently received her master’s degree in clinical mental health counseling, was tasked with working in the community to find people who need help, after the Women’s Center realized it needed to make itself “a more welcoming spot for the LGBTQ community,” according to Diamond.

Identifying those who could benefit from the resources offered by the Women’s Center has proven particularly difficult during the COVID-19 pandemic and its consequent limitations on social gatherings. Diamond has attended a few Black Lives Matter protests and has spoken at a couple of virtual drag shows, which she feels has been helpful.

“I’m trying to become a familiar face in the community,” she said.

The Pittsburgh native, who grew up in Squirrel Hill and is the daughter of Rabbi Chuck and Mickie Diamond, said she has a lot of knowledge about LGBTQ+ issues and is a member of the Pittsburgh LGBTQ+ community.

Diamond’s new role with the Women’s Center comes at a time when traditional gender identifications are being reexamined. Those who may need help from the Women’s Center include not only those assigned female at birth but also those who are transgender or in the process of gender transition. The shelter is available to house female individuals, including those that are trans-female.

Diamond’s work includes non-residential services and is available to anyone in the community, no matter their gender.
“If you’re a survivor, we’re going to work with you,” she said.

In fact, Diamond said that if you are not a woman and need help, reach out because the Women’s Center will provide assistance in leaving abusive relationships, utilizing hotels or other secure spaces if necessary.

Even though abuse occurs in all communities, Diamond said that the LGBTQ+ community has its own set of challenges. Even something as simple as where to seek medical treatment is fraught with hazards, she said.

“You have to think about, ‘What doctor am I going to go to? Are they going to be affirming of my gender? Are they going to use the right pronouns?’ Those might seem really small to someone who’s not in the LGBTQ+ community, but it’s part of the microaggressions that built up over time — someone calling you ‘she’ when you’re supposed to be a ‘he.’ It’s hard to describe to someone that hasn’t been through that.”

In addition to her counseling degree, Diamond is also a board-certified musical therapist and a professional folk singer who can often be found, both physically and virtually, gigging around the city.

She credits Pittsburgh, and specifically Squirrel Hill, as helping to create the empathy she brings to her work.

“I grew up in a very community-oriented space in Squirrel Hill,” she said. “Growing up in that environment made me a much warmer, happier person. I do extend that love for humanity to my work.”

While the LGBTQ+ community Diamond serves may be different than the clients traditionally seen by the Women’s Center, the essence of the work remains the same.

“It’s just a matter of showing your willingness to listen and be present with other people’s differences and similarities,” she said. PJC