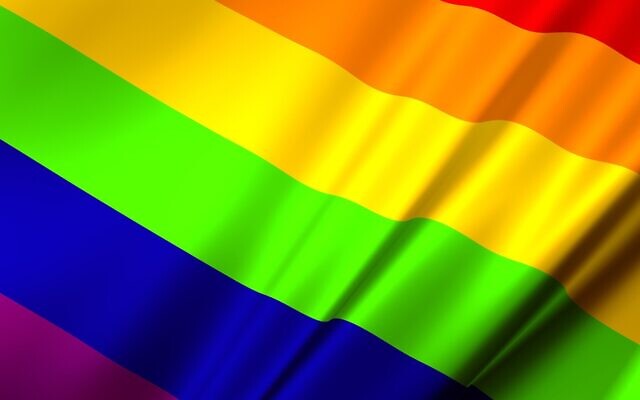 Weintraub is a rabbinical student and founder of Ratzon: Center for Healing and Resistance, a nonprofit that calls itself a center for community organizing, queer resources and Jewish practice.

Weintraub said the goal of Ratzon is to create a place that fulfills the spiritual, emotional and physical needs of LGTBQ+ Jews and their community.

The organization offers programming based on Jewish tradition, coupled with the perspective of “queerness and some of the political theory of anarchist practices as well,” Weintraub said.

The aim is to create “non-hierarchical communities,” according to Ratzon’s website. “We question hierarchies that exist in our relationships to the broader world.”

The Ratzon founder said they created the organization after realizing the need for the Jewish LGBTQ+ community to have more support.

Weintraub founded Ratzon in 2019, and the organization opened its physical space in 2020.

Weintraub said COVID-19 forced the nonprofit to think about the response of “queer Jews in a pandemic.”

The answer to that question, they said, was “mutual aid.” Weintraub said volunteers partnered with Pittsburgh Mutual Aid, collecting and distributing at least $15,000 in food.

This was an example of what happens when “queer Jews” are offered leadership roles and have access to infrastructure and resources, they said.

“How do our traditions support us, how does your Torah learning, our singing, our prayer spaces support us?” they asked.

Weintraub said that if advocates don’t continue fighting the struggle around antisemitism, queerness, white nationalism and other issues, the entire Jewish community could be affected.

Homophobia and transphobia sometimes make it difficult, Weintraub explained, for the LGBTQ+ community to feel comfortable accessing available resources. And because the community is marginalized, it often isn’t even aware of some of those resources.

“I think there’s still a lot of work to be done around actually making spaces queer-competent and inclusive and welcoming,” they said.

Weintraub said they are often misgendered.

The CRC’s Dylan Groff said the June 8 program was important because there still exists some separation between the mainstream Jewish community and people who identify as nonbinary, queer intersex or somewhere on the LGBTQ+ spectrum.

“We wanted to help facilitate opening up more mainstream synagogues and Jewish institutions,” he said.

OneTable will provide “double the nourishment” it typically provides for a Shabbat dinner, and Federation will provide hosts with relevant materials and a “Love Is Kosher” shirt during Pride Month, Groff said.

Julia Schantz, the OneTable Pittsburgh field manager, said the organization wants to embrace “radical welcoming” and the opportunity for the LGBTQ+ community to show up as their authentic selves during the month.

“If you want to host your own queer Shabbat, or if you want a special guide for Pride Shabbat or find out more information about what’s going on in your community or just different ideas for hosting a Pride Shabbat gathering, that’s all available,” she said.

OneTable decided to partner with Federation to highlight the work that’s being done in Pittsburgh and the Pittsburgh queer community, Schantz added.

“We were able to partner and have these amazing events where community members were able to talk and learn from one another and then the idea is to continue the conversation around a table during a Pride Shabbat,” she said.

“How do we form this partnership between the more marginalized community and the rest of the Jewish community — because that is a community I want to be a part of and I know many queer people do,” they said. PJC