Anna Divinsky created artwork on the theme of immigration, using birds. The bottom photo is featured as part of Pittsburgh Paints. Photo provided by Anna Divinsky.

To paraphrase an African proverb, it takes a community to exhibit art.

Want proof? Take a look at the collaborative journey that resulted in Anna Divinsky and Yafa Schnadower displaying their art as part of Michelle Gainey’s Pittsburgh Paints project.

The initiative was created by Gainey as a way to support one of the goals of her husband, Pittsburgh Mayor Ed Gainey, to be a more welcoming city for all. It celebrates art by creating monthly displays of the works of diverse artists inspired by various themes in the mayor’s office, his executive conference room and the office of his chief of staff.

Melissa Hiller, director of the Jewish Community Center of Greater Pittsburgh’s American Jewish Museum, urged both Divinsky and Schnadower to submit their art for the program. Hiller learned of the initiative from community member Sara Stock Mayo, who heard about the initiative from Michelle Gainey.

“I believe artists are prophets,” Hiller said. “They tell us about ourselves, and they tell us our stories and make sense of our world and who we are. I’m a big supporter of what Mrs. Gainey is doing with Pittsburgh Paints because she is bringing artists and their stories into the public realm.”

Schnadower, a self-identified “bilingual graphic designer, illustrator and portrait artist” who is employed part time at the JCC, showed Hiller the thesis project she completed to earn her master’s degree from Chatham University in December. Hiller urged Schnadower to submit the work to Pittsburgh Paints. 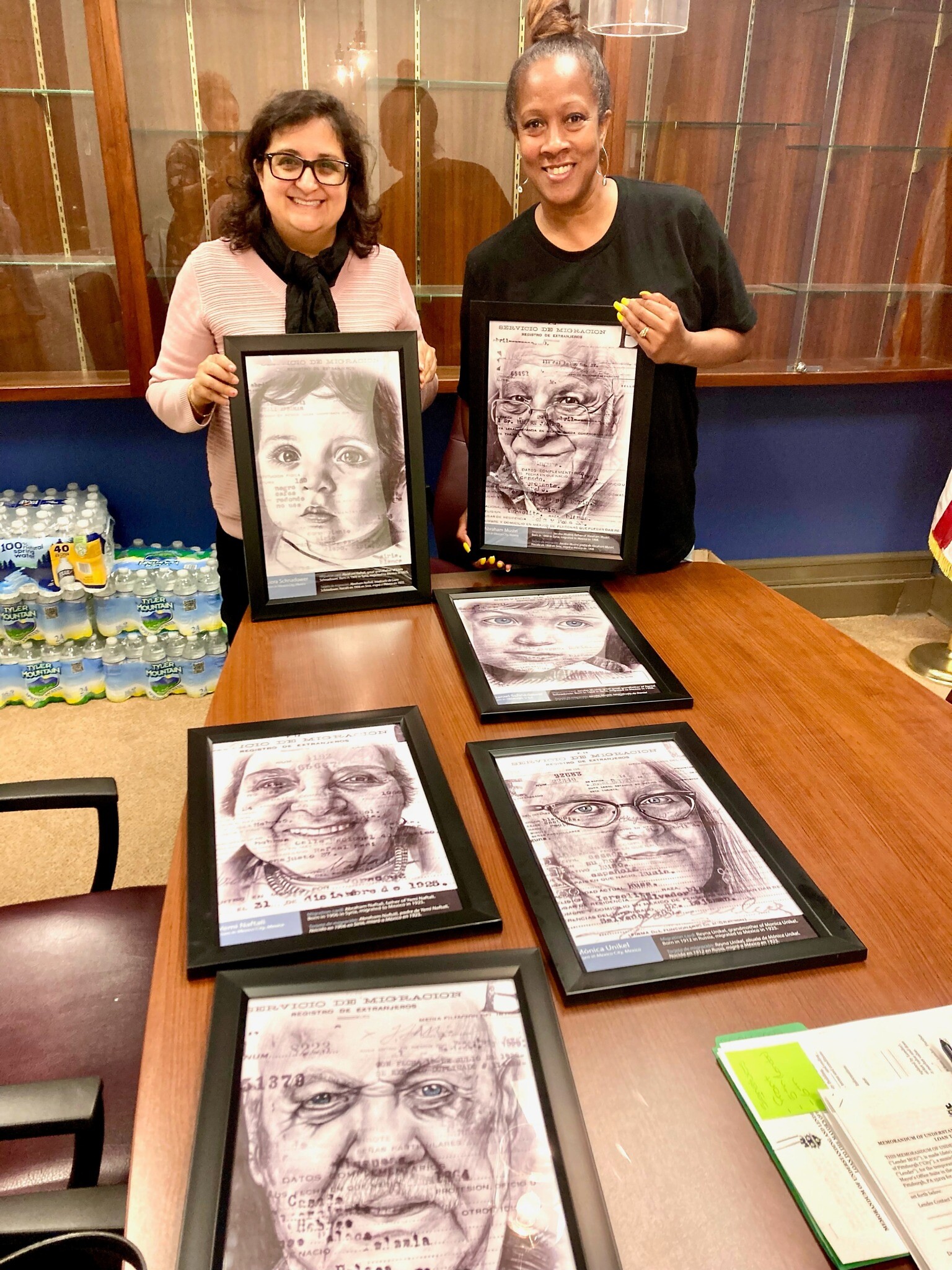 Yafa Schnadower’s art will be hung in Pittsburgh Mayor Ed Gainey’s office as part of the Pittsburgh Paints initiative curated by his wife Michelle. Photo provided by Yafa Shnadower.

In her thesis, Schnadower, who was born in Mexico and lives in Pittsburgh, attempted to capture the geography of faces of the Jewish diaspora in Mexico while honoring Jews who migrated in the early 1900s to the country. The artist created a series of posters that celebrated Jewish Mexican immigrants, stories and families. Migration cards were superimposed on the faces in the poster.

Schnadower was inspired by her grandparents who migrated from Syria to Mexico in the early 1900s, she said. In addition to Syria, the artist included immigrants from Russia and Poland.

“It’s about their stories,” she said.

Divinsky, who immigrated from Ukraine in 1993, said her piece selected for Pittsburgh Paints was part of an exhibit displayed at the JCC in 2009 created in collaboration with her mother, Larisa, a well-known toy maker who died in 2016.

“It was part of an artist residency that focused on immigration,” Divinsky said. “I used nests as a symbol of building or rebuilding a home. I did a series of three paintings with mom. They were birds. The ones she did were very realistic, mine were more abstract.”

Divinsky, an art professor at Penn State University, said that when she came to America, her family was not fleeing a war like those entering the country from Ukraine today. 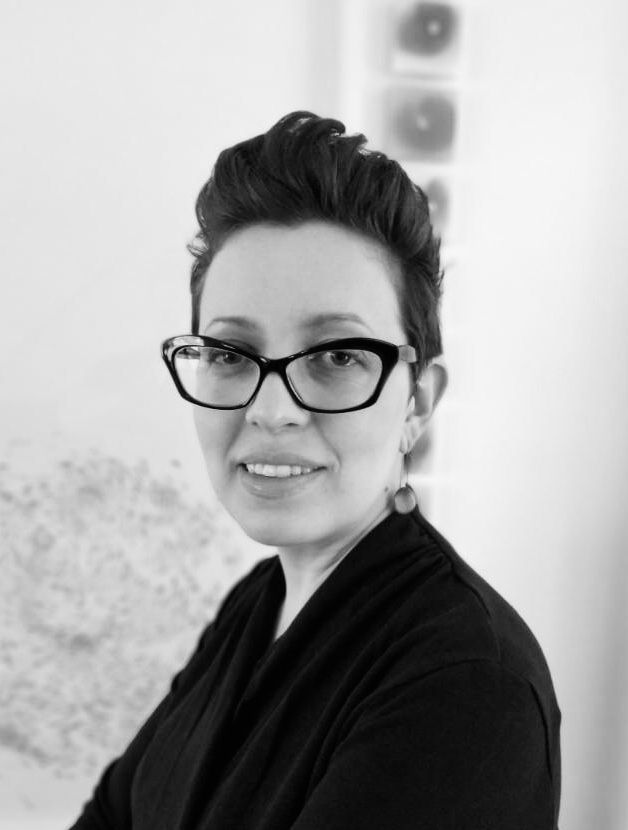 “It’s so heartbreaking to watch what’s going on and see people losing their homes and have to start from scratch,” she said.
Gainey said that other themes previously celebrated by Pittsburgh Paints included Black History Month, Women’s History Month and Pittsburgh kindergarten through 12th-grade student art.

“By doing this initiative,” Gainey said, “We hope to help Pittsburghers see Pittsburgh a little different and come to the mindset that Pittsburgh should only be separated by bridges — and that even those bridges are built for people to cross. It also helps us to hopefully be more open to life experiences not like ours.”

Gainey said that art can help people realize what they have in common.

“We all want healthy environments,” she said. “We all want to be safe. We all want to have access to resources and to access information. That doesn’t change north, south, east or west. I want the city to be a place that my children can choose to stay and not have to go somewhere else for more opportunity.”

Schnadower is excited to have her work exhibited as part of the initiative and to have met Michelle Gainey.

Divinsky echoed Schnadower’s feelings. She is appreciative of Pittsburgh’s Jewish community, although she still dreams about her time in Ukraine.

“I’ve been here for 28 years,” she said. “This is my home. There were so many immigrants here that we felt so connected and didn’t feel out of place because we had the support of the Jewish Community Center and the community — they helped us so much,” she said. “I feel very connected to all immigrants and refugees because I understand the idea of leaving your home when you’re 12 and starting over. I’m happy that we came here.”

Divinsky and Schnadower’s work will hang throughout Jewish Heritage Month. A public reception will be held on May 25 at the mayor’s office. PJC