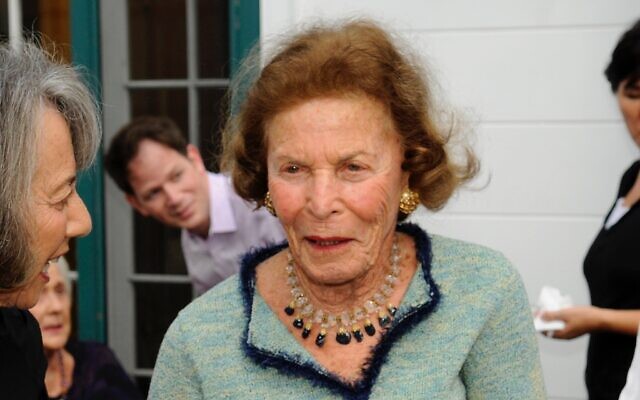 Ruth Frank, a globe-trotting, larger-than-life member of the Ohringer family who became renowned in Pittsburgh and beyond for her unusual jewelry creations, died peacefully of natural causes at her Longboat Key, Florida, home on June 13. She was 99.

Born in Pittsburgh to the late Abe and Helen Ohringer, Frank was married for more than 60 years to James A. Frank, who predeceased her in 2004. She was the spunky, energetic “yin” to James’s more stoic and reserved “yang,” and the two were the loves of each other’s lives, according to family members.

Frank “was a real Pittsburgher,” her granddaughter, Jonsara Ruth, told the Chronicle. “She was born and raised in Pittsburgh and was very proud of Pittsburgh.”

A Squirrel Hill resident for much of her life, Frank also had roots in Braddock, where her parents operated the Orhinger Furniture Store, one of a handful of furniture shops the family owned locally. The eight-story shop, which once sat among a bustling Braddock Avenue business corridor, was vacant for several years and recently underwent a $10 million renovation that creating nearly 40 affordable artist residences, studios and one-bedroom units.

Frank and her husband enjoyed touring countries in the Middle and Far East, including China, Afghanistan and Iran.

Frank, who traveled internationally every year, would collect small artifacts and decorative items from her trips and use them to create interesting necklaces and earrings.

“They just had a wanderlust and a curiosity about culture and the world — and they kept bringing that back,” said Ruth, who, like Frank, is an artist and designer. “She was my major inspiration in life — [she had] this idea that you could do anything in life if you imagined it.”

“My grandma was 50 when I was born, so for 20 years, I felt like I had two moms,” said Frank’s grandson Adam Lippard. “She was extraordinarily involved in my life… She had an indelible imprint on my life and soul.” 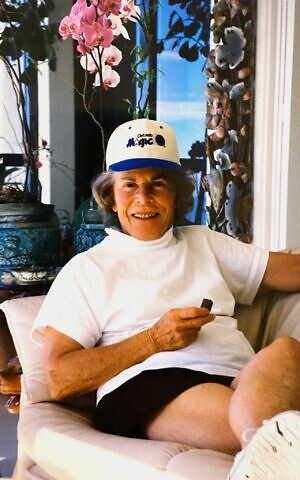 Shadyside gallery owner, Ellen Chisdes Neuber, sold many of Frank’s pieces at Studio/ GalleriE CHIZ, which opened in 1995 and moved to its long-time home on Ellsworth Avenue a year later.

Having met Frank through a friend, Neuberg said she was blown away by Frank’s jewelry. Within a short time, Neuberg was at Frank’s Darlington Road home — an impressive work of modernism designed by Frank and architect Harry Lefkowitz — choosing work to sell on consignment.

“She had such a collection — I was just blown away,” Neuberg told the Chronicle. “[Her necklaces] were very impressive and I sold them like crazy. She had these jewels, stones. She’d mix in things. I’d never seen anything like it.”

Frank also sold her creations through Saks Fifth Avenue stores around the country, her family said. In the late 1970s, Frank was cited by Vogue magazine as the first American jewelry designer to mix “ethnic” objects from faraway countries into unique individual necklaces, a trend that continues today. Her global design influences ranged from intricately hand-carved silver beads to elaborate Hindu temples.

Ruth was “an unapologetic jock,” according to Jed Lippard, her grandson. A competitive golfer and tennis player, she prided herself on staying active. Until 2020, Frank swam for hours daily and worked out with a personal trainer three times a week, landing her as a featured “remarkable resident in her nineties” in a 2016 Longboat Observer cover story.
Frank also was a generous philanthropist.

“She spent countless hours each week studying the ratings of nonprofit organizations and writing checks to the many that met her strict criteria,” Jed Lippard wrote in a family-circulated obituary.

Frank also combined art and philanthropy at the women’s division of the United Jewish Federation (now the Jewish Federation of Greater Pittsburgh) and at the Ladies Hospital Aid Society, according to Eric Lidji, director of the Rauh Jewish History Program and Archives. She often chaired or assisted at art exhibitions or displays for those organizations, and served on the decorations committee for the LHAS’s Montefiore Ball.

Ultimately, though, her own art leaves behind the largest imprint.

Jill Whittaker, a metalsmith or “bench worker” from Baldwin Borough, helped put together Frank’s creations for some 30 years after Frank had laid the individual pieces out on boards like museum pieces.

“She originally put them together and wore them herself [and] enough people liked what she had done and asked her to make a piece for them,” Whittaker said. “It sort of burgeoned from there. So many of these things were so beautiful.”

The thing that most touched Whittaker about her artistic comrade, though, was that Frank “was definitely a Jewish mom.” Whittaker remembered working with necklaces at Frank’s house, ‘40s music blaring in the background, while the designer played with Whittaker’s children.

“She loved playing with my kids, my babies,” Whittaker said. “She’d be dancing and singing with the baby in there — she was definitely the life of the party.” PJC