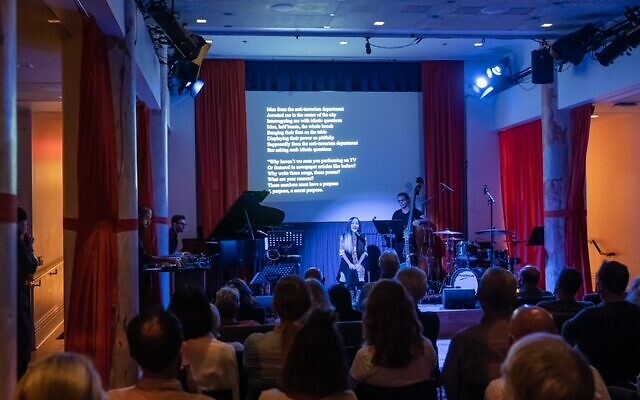 Patrons take in a performance at the City of Asylum’s Jazz Poetry Month. Photo by Renee Rosensteel.

For the first time in two years, attendees of the City of Asylum’s Jazz Poetry Month will have the option to view performances online or attend the festival in person.

Jazz Poetry Month, celebrating its 18th year, takes place May 8-25 and features more than 30 artists from 15 countries, including several Jewish musicians and writers.

Each performance includes different jazz musicians and poets performing together after meeting for the first time the morning of their set, according to Allision Ruppert, City of Asylum’s marketing manager.

The spontaneity of the performances and the return to in-person concerts increases the sense of vibrancy for this year’s event, she said.

“I’m very excited that all of the artists are able to join us in person — musicians and poets,” she said, adding that “there’s a nice balance between [returning] poets and artists and those new to City of Asylum performing in Pittsburgh for the first time.”

The kickoff concert on Sunday, May 8, features a lineup of artists new to the city. It will include Jewish musician Uri Gurvich and his quartet, as well as poet Vasyl Makhno, a Ukrainian writer whose works include “Jerusalem Poems,” published in 2017 after spending time in Israel with support from the Ukraine Jewish Encounter in Canada.

In addition to accompanying the various writers reading with him, Gurvich will present works from his newest recording “Kinship.” The CD is the musician’s third recording and pays homage to his Argentinian and Israeli roots, as well as the other musicians featured on the recording — Bulgarian bassist Peter Slavov, Argentinian pianist Leo Genovese and Cuban drummer Francisco Mela.

The album is a mix of John Coltrane- and Joe Lovano-inspired jazz mixed with folk music and some musical nods to Gurvich’s ancestry. Not only does the band perform “Go Down Moses,” but in a poignant moment, the saxophonist pays tribute to the pilgrimage to Israel of Argentinian Jews. Gurvich wrote the music, and Bernardo Palombo penned and sang the lyrics.

The saxophonist, who moved to the United States to attend Berklee College of Music, said the band’s makeup reflects the work the City of Asylum is doing; the nonprofit was founded in 2003 by Diane Samuels and Henry Reese as a home for endangered writers in exile.

“We’re all immigrants,” he said. “We all have the immigrant experience. We bring to the table music from our own culture.”

Gurvich has worked with Argentinian writers blacklisted by the country, “so there’s really a common thread going on,” he said.
Gurvich’s journey is common to that of many Jewish immigrants. His parents moved to Israel from Argentina in the 1970s; his grandparents immigrated to Argentina from Russia and Lithuania as young adults.

“I’m a third generation of immigrants,” he said. “Immigration is a big part of what I write about. The Jewish story is a story of immigration. Even today, after the creation of the state of Israel there is still immigration.”

The musician’s life, he said, is like that of a nomadic tribe. 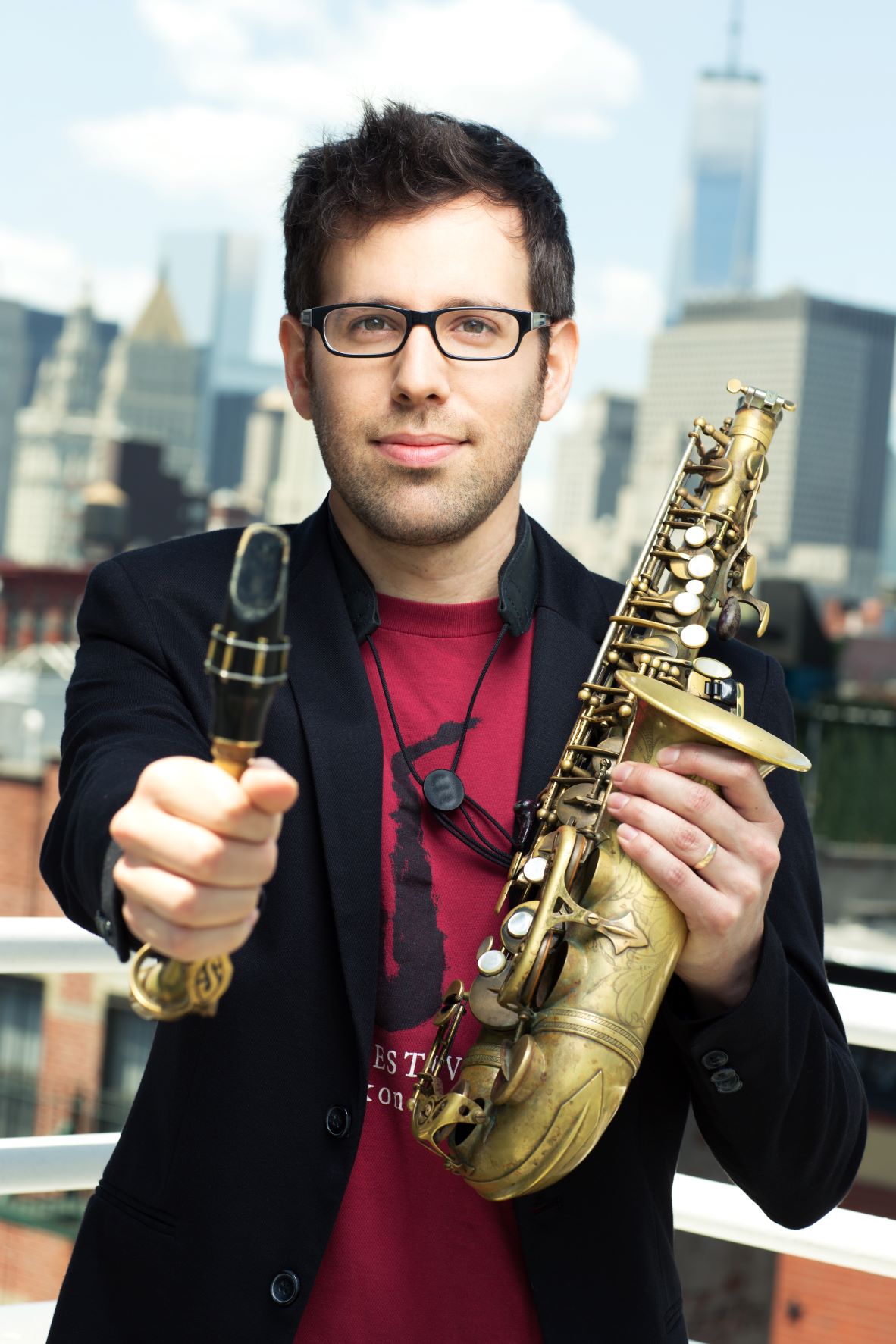 Uri Gurvich will make his debut at the City of Asylum on Sunday, May 8 as part of Jazz Poetry Month. Photo provided by City of Asylum

Gurvich and his band will accompany Makhno among other writers at their concert. It will be the first time in Pittsburgh for the poet, who has lived in New York City for the last 20 years.

Makhno said the work he will perform will address the war in his home country, noting that his mother, who is 78, and his brother remain in Ukraine. They are living in the Western part of the country and are safe, he said.

“When I got information about the brutal invasion of Russia’s troops in the Ukraine, I started to write poems,” Makhno said. “My first poem was written on Feb. 24 and will be translated into English and published in the Los Angeles Review of Books.”

Makhno said he wrote a new poem about the situation nearly every day after that, and that he does many readings in support of the Ukrainian people and army.

Reflecting on his time in Israel, the poet called it “an interesting and beautiful country.”

“I spoke with many people, and I did a poetry reading in Jerusalem,” he said. “That was a very interesting journey for me. I created this book and wrote my first novel, ‘The Eternal Calendar,’ with some events in Jerusalem. It’s an amazing world.”
His newest collection of poetry, “Paper Bridge,” will be published in June.

This is the first time Jazz Poetry Month is being celebrated in May; it usually occurs in September. The series — the first program held by City of Asylum — began as a single-day performance and has grown into its multiweek celebration. City of Asylum, founded in 2004, has grown as well, and now hosts about 160 programs a year.

To help celebrate the return to in-person programming, Ruppert said Jazz Poetry Month will welcome back musician and writer Oliver Lake, who performed at the first Jazz Poetry event nearly two decades ago.

In addition to Gurvich and Makhno, the festival includes Jewish artists Vadim Neselovskyi and Mara Rosenbloom.

Neselovskyi will perform “Odesa: A Musical Journey Through a Legendary City,” on Monday, May 16. Written by the Ukrainian native, the solo piano piece was inspired by his hometown.

Rosenbloom is returning to the festival for the second time and will perform pieces from her latest work, “Bone Labyrinth,” on Tuesday, May 24.

“I’m so grateful City of Asylum extended an invitation,” she said. “I think, especially after the pandemic, that I’m acutely aware of never taking for granted the opportunity to play music for people.”

Rosenbloom is part of Arts for Art, a New York nonprofit with a mission in line with that of City of Asylum, she said.
“It makes space for the voiceless, people whose work is shunned or marginalized in some ways,” she said. “City of Asylum provides asylum to writers.”