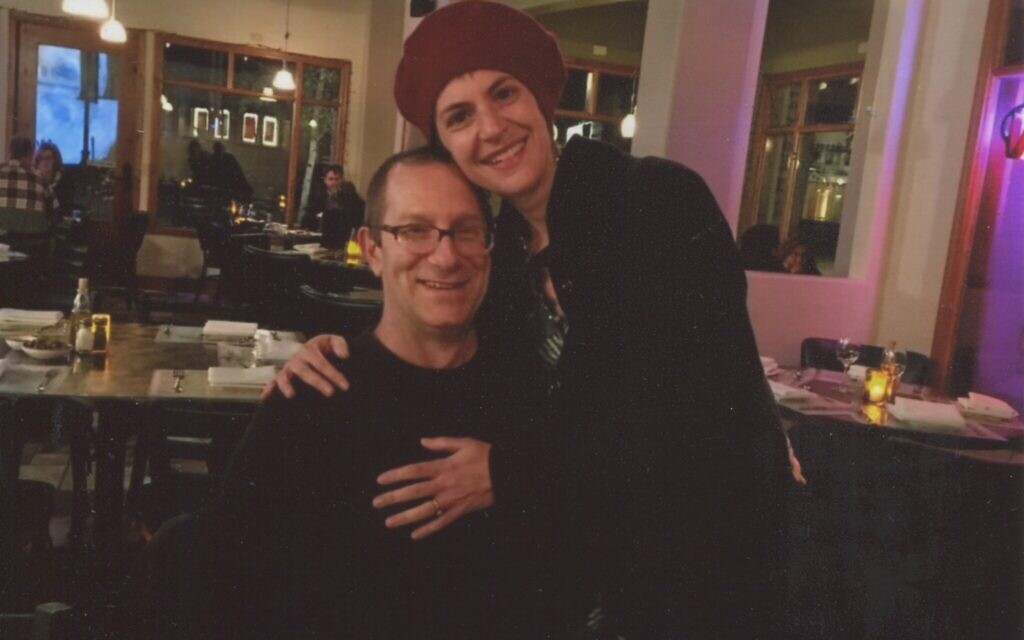 Thanksgiving may have passed but Douglas Levine and Lauren Braun continue to be grateful. With so many colleagues facing economic uncertainty due to the pandemic, Levine, a musician, and Braun, a visual artist, know how fortunate they are to be working. For the past nine months, the married couple, who met on JDate, have remained busy with various projects.

For Levine, that includes serving as composer, co-lyricist and orchestrator of “Claws Out: A Holiday Drag Musical.” Although originally slated to open at the Lester Hamburg Studio, City Theatre moved the show to a virtual format given COVID-19 concerns. Running now through Jan. 10, the online drag musical is available for streaming and includes live interactive events on Dec. 12 and 19 at 7:30 p.m.

Working on “Claws Out” is a “huge part of what’s kept me sane during the last nine months,” said Levine. “To have this one project not go into the rescheduling heap with everything else, and actually be working on a piece of musical theater, was reaffirming and fortunate.”

In recent months Levine has seen numerous colleagues financially struggle and accept positions outside their fields in order to make ends meet.

According to Americans for the Arts, two-thirds of American artists and creative workers are currently unemployed, with the pandemic causing $50.6 billion in lost income.

For an artist to have a paying gig is something to be grateful for these days, said Levine.

“A big part of visual art is seeing the work in person and being able to socialize, and that has been greatly diminished,” she said. “The art world has shrunken and moved online.”

Braun has participated in different digital projects, and has occasionally met up with friends for masked and socially distanced exhibit visits. Still, the past nine months have “been very much a roller coaster,” she said. 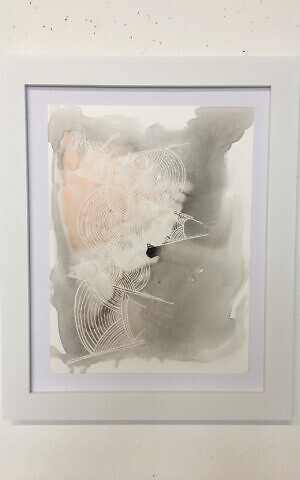 When the shutdown first went into effect, Braun felt anxious and a sense of “impending doom,” she said, but she managed to channel those feelings.

“I was able to try new things and leave behind the work I was doing that wasn’t exciting me, and get inspired by new ideas and find new ways to express my artistic vision and go deeper into my creativity,” she said.

Braun became interested in the art deco movement and started viewing photos of architecture from the period, as well as collecting patterns from the 1920s. Those efforts eventually resulted in a series of ink paintings on Yupo synthetic paper.

Titled “Geo Moderne,” the series’ 12-by-9-inch works reflect the glamour and elegance of the 1920s, she said.

Braun donated one of the pieces to the Jewish Community Center of Greater Pittsburgh’s Little Night Silent Auction.

Giving back, and staying patient, are important to Braun.

Two years ago, the visual artist was asked to display her work at the Pittsburgh International Airport. A California-based couple, passing through the airport’s security area, noticed Braun’s Rust Belt-inspired mural, took down her name and began following her on Instagram. Two years later, they reached out to Braun and commissioned a piece for their collection.

“We live in this really fast-paced society where everyone wants everything right now, and in my world things happen much slower, but when they do happen they can be really great,” said Braun.

In addition to working out how to safely ship a large piece of art across the country, Braun has spent recent months handling requests from patrons seeking smaller works.

Many people now working from home “want to make their home really cozy and comfortable, and they want something on the wall,” she said.

It’s a silver lining in a dark period, but Braun remains grateful to be busy. So is Levine, who has adapted to changes mandated by the pandemic. For instance, when it comes to private piano lessons, which Levine has long offered, Zoom makes it difficult to model hand placement on the keys. Although demonstrating technique can be almost impossible through a screen, “I’ve learned to roll with it,” he said.

That sort of flexibility and optimism has carried them not only through the pandemic, but their nearly eight years of marriage, explained Braun.

“Doug and I have a nice symbiotic relationship,” she said. “We help each other, we stay focused. If one of us is feeling upset, or down or having trouble, we boost each other up, which is great.” PJC