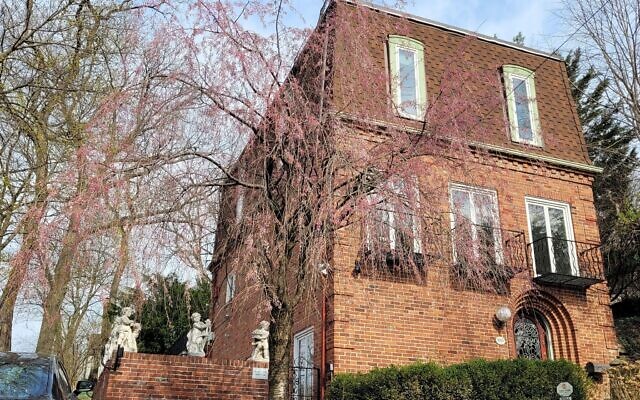 A Pittsburgh-bred preservationist has a new pet project on her hands: getting the Henry Koerner house in Squirrel Hill listed on the National Register of Historic Places.

Caroline Boyce, who previously led the Preservation Alliance of Greater Philadelphia, grew up just four or five blocks from the South Negley Avenue home, which many passersby might associate with its decorative stone cherub, or “putto,” statues. Boyce purchased the home in March for $595,000, Allegheny County records show; this year the county assessed the home and property’s value at $307,100.

Pittsburgh History and Landmarks Foundation is placing a plaque at the Koerner home and Boyce said she is working for further recognition on the national level.

“Pittsburgh preservation is my background, and it was one of those moments where the stars aligned,” said Boyce, who currently heads the Ryan Shazier Fund for Spinal Rehabilitation.

Boyce said the process of seeking historic designation for the home, whose high ceilings and wooden floors beautifully frame professionally mounted artwork on the white, gallery-like walls, “opened up a whole world for me that I never would have imagined.”

“And I do consider my role as owner of the house to be a steward of the house,” she added.

The Viennese-born Koerner, who died 30 years ago, became an artist of some renown after fleeing the Nazi regime in Austria in 1938. Initially arriving in New York and making his way to Pittsburgh in 1952, he painted large canvases that darted between surrealism and magic realism. But he was also a highly sought illustrator and book-cover artist and was commissioned for scores of illustrations of famous people, like President John F. Kennedy, for Time magazine covers. Each person he illustrated sat for him while he drew.

In 1966, Koerner, who was living on cobblestone-strewn Murray Hill Avenue, designed the South Negley Avenue property with local architect Richard B. Righter. Koerner’s son, Joseph, was 7 when he and his sister moved into the house that year.

“My father wanted to have a home that was a beautiful place to live but also a beautiful gallery space — a white cube, if you will,” said Joseph Koerner, an art historian at Harvard University. “The funny thing about it is this mix of gallery space and domestic setting … and also self-expression. It was a home as self-expression, an artist’s home.”
Joseph Koerner recalls the impact of living on the steep pitch of South Negley Avenue as it linked Squirrel Hill with Shadyside.

“One of my memories is of it frozen up in winter, especially before there were snow tires,” he told the Chronicle. “It was a terrifying sight to see the cars sliding down the hill — I’d look out the window in disbelief.”
Henry Koerner sold his own work out of the house, which came with some responsibilities for his young family, his son said.

“It meant it had to be kept clean,” he laughed. “You always felt somehow you needed to accommodate your life to this public display that would intrude … You lived with his pictures, some of which were ceremoniously displayed in my room.”

Joseph Koerner wrote and directed a film in 2016, “The Burning Child,” which, in part, explored the gilded Vienna of his father’s upbringing, as well as his art.

Some people have suggested that, though Koerner was Jewish, he did not see himself first as a Jewish artist. That remains unclear. 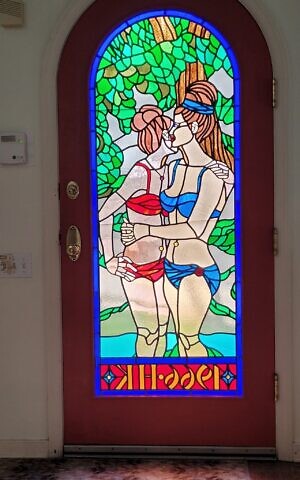 “I think it’s hard to tell this story without going back to the point where he discovers his parents and his brother were killed by the Nazis,” Boyce said. “It has influenced his art and his art is a central part of the National Historic Register application.”

“I don’t think he thought of himself as a Jewish painter, per se, but he did see himself as Jewish,” said Arnie Gefsky, who moved to Squirrel Hill in 1949 and never left. Gefksy, who also is Jewish, was a friend of Koerner’s and a regular visitor to the South Negley Avenue house.

Koerner’s paintings inside the home “were voluminous,” Gefsky said. “It definitely felt like a home but it was designed around his needs for his art. It was modern and the lines were clean.

“He was a very sensitive guy,” Gefsky added. “And it was a very nice house.” PJC