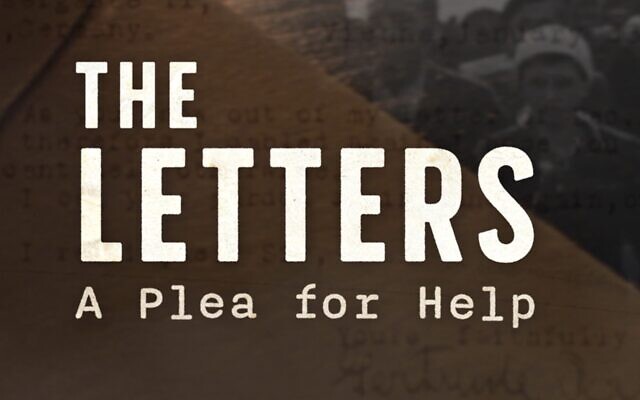 “The Letters: A Plea for Help,” a new digital documentary telling the story of a Pittsburgh resident’s efforts to help a family flee Nazi-occupied Austria, will premiere on WQED’s website (wqed.org/theletters) on Friday, Sept. 9.

“From the Rauh Jewish Archives at Pittsburgh’s Heinz History Center, a dozen letters document correspondence between Gertrude Deutsch Perles in Vienna and Abraham (Abe) Sanford Levy in Pittsburgh’s Squirrel Hill neighborhood,” according to a press release from WQED. “With nearly half of Austria’s Jews seeking refuge in other countries, the Perles faced the nearly impossible task of finding a willing family to support them. Abe Levy seemed to be their only hope. The Levy-Perles letters now put human faces on a desperate time in world history that still resonates in today’s climate of immigration controversy and rising prejudice.”

“The Letters: A Plea for Help” is timed for release in conjunction with the PBS premiere of “The U.S. and the Holocaust,” a film by Ken Burns, Lynn Novick and Sarah Botstein, which explores America’s response to the Holocaust. “The U.S. and the Holocaust,” a three-part documentary, will premiere on Sept. 18, 19, and 20 at 8 p.m. on WQED-TV. All three episodes will be available to stream for free, for a limited time, beginning Sept. 18 on WQED.org and the PBS Video App.

In collaboration with Baldwin-Whitehall School District, WQED will hold a free public screening and discussion event of “The Letters,” along with preview clips of “The U.S. and the Holocaust” at Baldwin High School on Monday, Sept. 12, at 6:30 p.m.

The event will feature a discussion panel and “will engage diverse perspectives through cross-cultural and inter-generational storytelling about the Holocaust and the stories of today’s immigrants and refugees,” according to the press release. The Holocaust Center of Pittsburgh, the Senator John Heinz History Center and the University of Pittsburgh are partnering for the event. To register, go to eventbrite.com/e/us-and-the-holocaust-documentary-preview-screening-tickets-405401565997. PJC