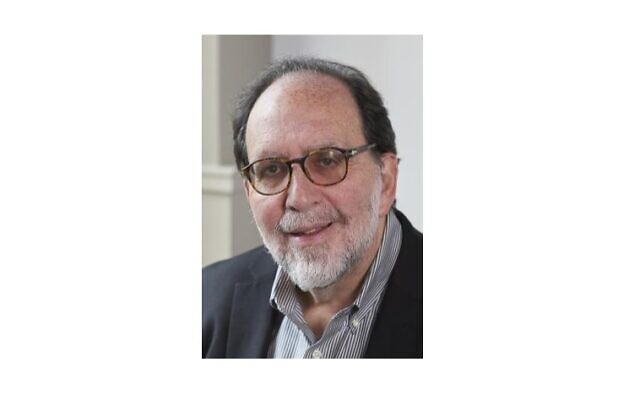 History may be timeless but last week’s publishing of “The Last Kings of Shanghai” is rather seasonable, said its author Jonathan Kaufman.

“I've written three books, and, although I didn't intend this, all three basically deal with the role of Jews in crisis and in moments of incredible historic transition: whether it's the civil rights movement in the United States, the rise of Nazism and communism in Europe, and now the rise of China across the world,” said the Pulitzer Prize winner.

“One of the things I've learned is that Jews for various reasons often find themselves in these positions — Jews are not just a Middle East story, just because we started in Jerusalem doesn't mean that that's the only place where we've had influence,” Kaufman noted. “Every place they go they seem to feel compelled in some ways to get involved in the great issues of the day, often on different sides of them. One of the things we have to accept in Jewish history is that Jews are very diverse, and I think that all three of my books have sort of connected the fact that Jews always seem to be at the center of these great historical moments and they face moral and political choices. Examining those choices is part of what I find so compelling.”

Kaufman’s new book traces the intimacies of the Kadoorie and Sassoon families. Both originally from Baghdad, the two Jewish dynasties navigated Chinese politics and economics for more than 175 years, while enabling the country’s international rise. “These two families basically stood astride Shanghai business and politics, and the politics of China really, from the 1840s to the present day,” said Kaufman, a former China bureau chief for The Wall Street Journal. His book provides insight into China’s growth and the corresponding actions of two Jewish families, but also is “a lesson in how history moves and how empires fall.

Kaufman’s outlook can remind readers that “the world has gone through tough times before, and people have survived and thrive. In some ways I think that can give a useful perspective to some of what the United States is going through now.”

Kaufman, who has held senior positions at Bloomberg News, The Wall Street Journal and The Boston Globe, and is currently director of the Northeastern University School of Journalism, said he never anticipated that his newest book would arrive amidst a global pandemic and nationwide protests following the killing of George Floyd, but believes “The Last Kings of Shanghai,” as well as his earlier works, “A Hole in the Heart of the World: Being Jewish in Eastern Europe,” and “Broken Alliance: The Turbulent Times Between Blacks and Jews in America,” can provide insight to Jewish readers now.

“We all have myths that we walk around with, as a country, as a people, as a religious group. We all grow up in Sunday School as Jews and sort of learn a history, which makes us look good. And there's lots of reasons to feel proud to be Jewish, and to understand that Jews have accomplished a lot and also been persecuted, but I think the more I learned about Jewish history, and the more I explore it, you begin to discover that Jews have also faced choices and they sometimes have made wrong choices, or choices that at the time might have seemed right but in retrospect, turned out to be wrong,” said Kaufman. “I would hope that if my books do anything, they make Jews realize that their history is more complex, and that just being Jewish and believing a certain set of values, doesn't mean you always live by those values.” 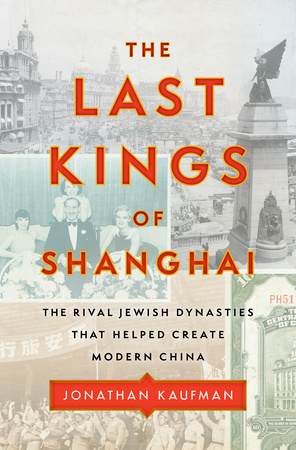 Decades ago Kaufman was researching “Broken Alliance” when he received a lesson that still resonates with him today.

“One of the African American activists I spoke to turned to me and said, ‘You know you can go to synagogue on Saturdays, but being holy surely means how you act the other six days of the week.’ And I think that's a very powerful statement, and something that, especially in the United States, now as Jews have risen to such powerful positions, influential positions, we sometimes have to ask ourselves,” said Kaufman.

“This is something that the Kadoories and the Sassoons really thought about and were really challenged on,” Kaufman continued. Questions such as, “What does it mean to be Jewish? What do Jewish values mean? Do those Jewish values extend beyond Jews?”

“There's always this ability to learn and to make choices,” he added. “I would hope that all these books kind of open up a conversation where Jews can sort of look at our own history and say, ‘Are we making the right choices now, did we make the right choices then and how can we do things better?’” PJC