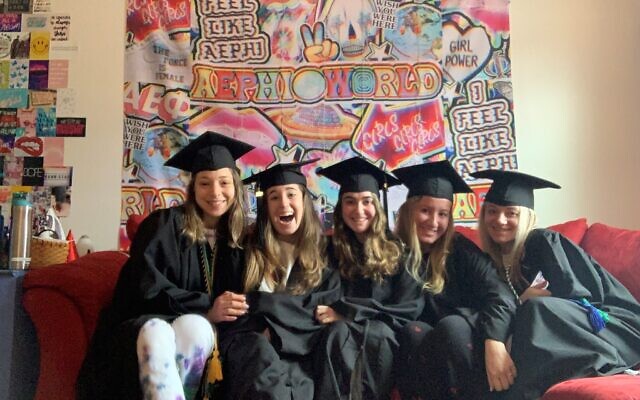 The University of Pittsburgh neuroscience major had not expected her semester on campus to end abruptly at the conclusion of spring break due to COVID-19, or having to watch her graduation ceremony from her home with her family.

The experience has been an “emotional rollercoaster,” she said. “This is supposed to be hyped up for four years, and all you get is a 20-minute video. I was expecting this last moment to say goodbye to friends. I missed that and don’t think I’ll ever have anything to replace it.”

The 22-year-old had intended to take a two-month trip with her friend to Thailand to celebrate the milestone. Instead, she is “babysitting and saving money for graduate school.”

Rubin’s story is emblematic of the predicaments faced by members of the 2020 class of college graduates whose plans have been upended due to the pandemic.

Sarah Labovitz graduated from Franklin & Marshall College in Lancaster with degrees in both Spanish and psychology. Her plan was to move to New York City immediately after graduation. Instead, she moved home after on-campus classes were canceled for the spring semester.

“A lot of opportunities have been paused” due to the COVID-19, Labovitz said. Despite the difficulties of finding a permanent job in her field, she said “the pandemic has created an entire network of jobs that all the recent grads are trying to get, because it’s pretty good pay and there isn’t a lot out there.”

Labovitz hopes to get a job in contact tracing to help prevent the spread of the virus, which, she said, “I can do remotely.” A friend of hers found a job teaching this fall in New York City, and is moving to the city in July, but still doesn’t know if she will be working remotely. Labovitz intends to join her.

The Robinson native said that she feels like her life and post-graduation goals “are on hold. I’m trying to move forward but I don’t even know if that’s possible right now. The future seems so open, none of us knows what’s going to happen next.”

Hannah Perloff, 22, just graduated from the University of Pittsburgh, earning a degree in speech-language pathology. Rather than return home to Philadelphia immediately, Perloff stayed in Pittsburgh due to the pandemic.

“My plan was to take a year off, a gap year between undergraduate and graduate school,” Perloff said. “I was going to get a pretty good head start looking for jobs for the year while I’m home in Philly. Right after our spring break, in early March, everything started to take a turn. I haven’t been able to look for jobs like I was going to.”

Perloff’s difficulties in finding employment were complicated by the type of work she was seeking.
“My goal was to work in a school next year, or even a camp this summer and then a school,” she said.
“Now, though, camps are all canceled or they are deciding what to do in the next few weeks and no one knows if schools will be in session in the fall. So, it became a little more difficult to find the job I was searching for.”

Unable to find employment at a school or summer camp, Perloff is now “looking at different jobs – I don’t even know 100% if they are still hiring – like some sort of therapist I could get a certification for and help at a private practice or organization, maybe with special needs children.” 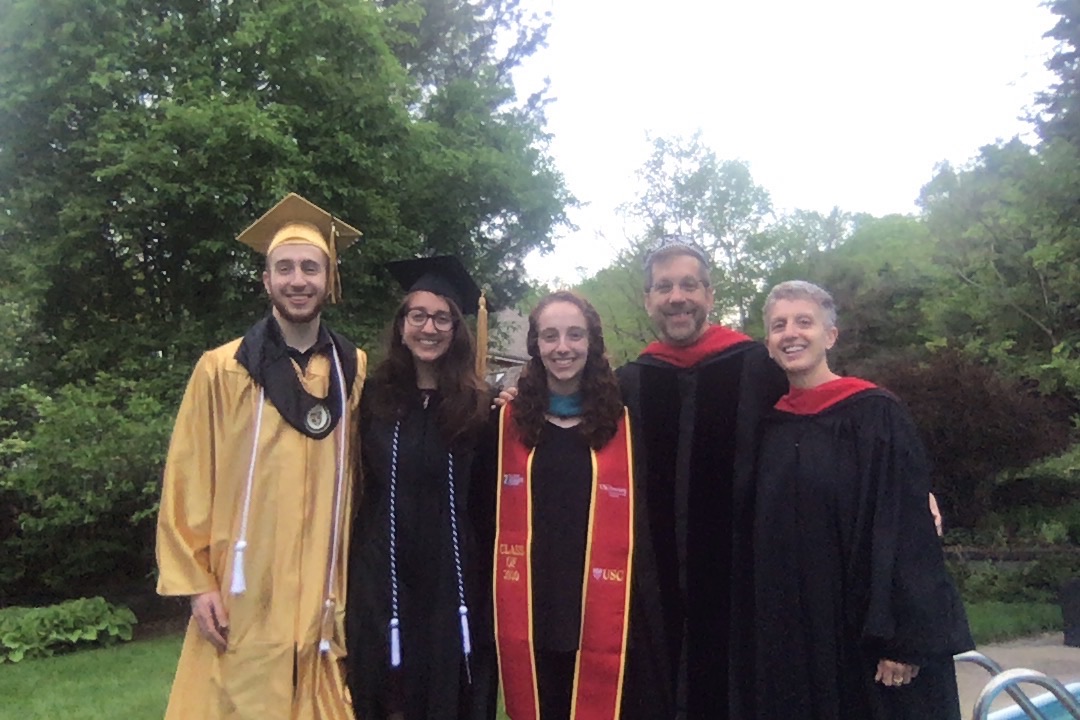 Symons, the daughter of Pittsburgh Rabbis Barbara and Ron Symons, has spent the last two months at home with her family. She is thankful for that support while finishing her college career and plotting her future.

“One of the reasons I’m grateful to be home is that, if I were in Los Angeles right now, I would completely associate the end of my time there with the lockdown,” she said. “ At home, I’m able to be in my childhood bedroom and see my parents and siblings and not associate Los Angeles with the quarantine.

“I love being home and being pampered in a way that I wouldn’t have been in Los Angeles on my own,” Symons added. “That’s a perk.”

Unlike many recent college graduates, Symons has been able to find a permanent job, although before she secured that position, she did feel a lot of stress, she said. Beginning June 1, she will be the new director of member engagement at Congregation Beth Torah in Overland Park, Kansas.

While college graduation is often a time of anxiety coupled with jubilation, Labovitz said that the COVID-19 crisis has caused the graduation class of 2020 to feel more “fear than excitement. It’s like classes ended and there were no ceremonies to celebrate. It just felt like, OK, now what do we do?” PJC