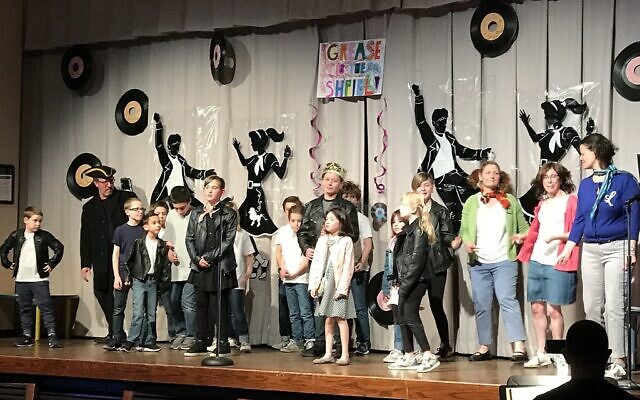 South Hills congregations have a history of collaboration--this photo was taken from Temple Emanuel and Beth El's Purim celebration in 2018. Photo by Rob Goodman

Whether it’s providing a song leader for Shabbat services, creating a Purim experience for religious school students, partnering for a book club or sharing artists for a musician-in-residence weekend, suburban congregations are finding new and unique ways to partner with other Jewish institutions, as well as their interfaith neighbors.

If anyone understands the benefits of suburban collaboration, it’s Greenbaum. Throughout his 20 years at the Conservative synagogue, he has partnered with nearby Reform congregation Temple Emanuel of the South Hills for programs including Torah Weekend, holiday celebrations and various speakers; Westminster Presbyterian Church in Upper St. Clair for the Jewish-Christian Dialogue; the South Hills Interfaith Movement for various celebrations; and, the now-defunct South Hills Jewish Pittsburgh for joint events which included Chabad of the South Hills, the Jewish Community Center of Greater Pittsburgh, the Jewish Federation of Greater Pittsburgh and others.

“I think over the last 20 or 30 years Jewish institutions have realized we may be in competition, but we’re not enemies,” Greenbaum said. “A rising tide lifts all boats.”

“We have many of the same concerns within our community with the suburban lifestyle — similar focus on, not only religiosity, but on how we live our values in the community and to be able to seek partnerships across denomination lines only makes sense,” he said.

Temple Emanuel is willing to work with any population serving the Jewish community in the South Hills, Meyer said.

“Increased observance or opportunities to take advantage of Jewish ritual strengthen the community,” he said, “even if they don’t strengthen our individual institutions.”

An example of such a partnership is the South Hills Purim Palooza, Meyer said. The event is a collaboration between Temple Emanuel, Beth El, the South Hills JCC and PJ Library.

“They’re a larger shul than we are,” Temple Ohav Shalom Rabbi Jeremy Weisblatt noted, “yet together we can do more than we could by ourselves.”

As an example, Weisblatt said that Temple Emanuel was bringing in musicians Saul Kaye and Elana Jagoda, and that Temple Ohav Shalom would be participating in the programming.

“We couldn’t bring them in on our own, but because Emanuel is bringing them in, we’re able to make it work through the generosity of a congregation donor,” he said.

Weisblatt thinks these types of collaborations will become more common in the future, especially as the world emerges from COVID-19. He is also eyeing partnerships beyond those with his Reform colleagues.

“We are working with the Muslim Association of Greater Pittsburgh on cosponsoring a refugee family,” he said. “I know Beth Shalom’s Rabbi Mark Goodman, and I have been meaning to finally get a hold of each other, but with COVID it’s been tough.”

Collaboration strengthens the Jewish community, even in the best of times, said Rabbi Barbara Symons of Temple David in Monroeville.

“I try to work toward that regularly,” she said, adding that partnering across denominations and faiths allows people to see shared values and social justice issues.

Temple David hasn’t just paired with other religious organizations, though. The congregation is collaborating with the Monroeville Public Library to create a book club to read Dara Horn’s “People Love Dead Jews,” and Symons teaches an introduction to Elie Wiesel’s “Night” there as well.

“Collaboration leads to the celebration of diversity,” Symons said.

Greenbaum agreed. The real competition isn’t across denominations or faiths, he said, but against the draw of being unaffiliated.

“I once made a joke saying that we should change our name to the unaffiliated movement,” he said. “We could say we’re the fastest-growing movement in the United States.” PJC