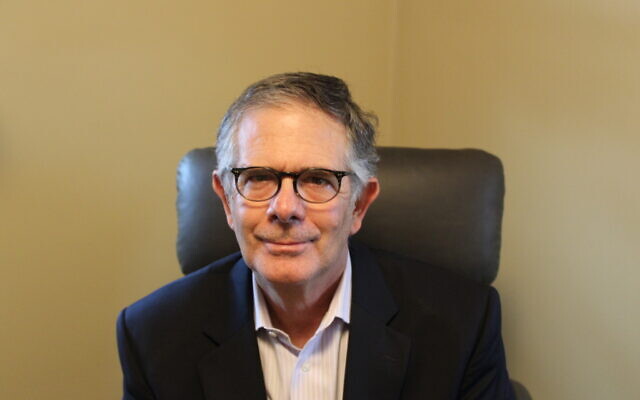 Milo Averbach is retiring from the Jewish Federation of Greater Pittsburgh after 34 years with the organization. Photo provided by Milo Averbach.

Milo Averbach believes he was destined to work for the Jewish community.

Averbach will retire Dec. 31 after serving as the chief financial officer of the Jewish Federation of Greater Pittsburgh for the last 20 years. Those two decades cap a career that spanned an additional 14 years as both assistant controller and controller for the organization and, before that, time with various Jewish Community Centers.

The native Pittsburgher grew up in the East End neighborhood of Stanton Heights. He calls himself a product of the JCC system, having spent time at the organization’s predecessors while growing up: the Young Men and Women’s Hebrew Association and The Irene Kaufmann Center.

Like many Jewish youth, Averbach attended Jewish day and overnight camp. His got his start in Jewish communal work at the Emma Kaufmann camp in Morgantown, West Virginia, where he served first as a staff member and one year as the camp’s assistant director.

Those early JCC experiences inspired Averbach to earn a master’s in social work from Washington University in St. Louis and to work for JCCs in both St. Louis and Dallas.

After working with youth early in his career, Averbach switched paths and earned an MBA at the University of Pittsburgh. After graduation, he attended an information interview at the Federation, hoping to learn about opportunities to combine his two degrees and experience.

“I wasn’t interested so much in the Pittsburgh Federation, I just wanted to learn about opportunities in the Jewish communal field,” he said.

After that initial interview, though, the Federation created a position for Averbach in its accounting department. He stayed in accounting at Federation for 34 years.

In his role as CFO, Averbach not only works closely with the controller who, with the accounting department, oversees the organization’s day-to-day financial operations, but also has responsibilities with the Jewish Community Foundation and the Federation’s investment funds. Additionally, he served as the lead staff person for what became the Jewish Community Health Plan and has served as the plan’s administrator since its inception.

“In the last 20 years, I’ve stepped outside or beyond just accounting and took more of a management role,” he said. 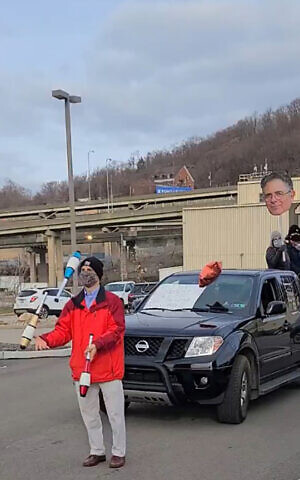 The Jewish Federation of Greater Pittsburgh feted Chief Financial Officer Milo Averbach on Dec. 15, Averbach will retire from the Federation after 34 years. The socially distanced celebration consisted of a car parade led by the juggling Director of Marketing Adam Hertzman.

Part of that increased management role has included helping to create the Federation’s IT department, working closely with the human resources department and assisting with central services, or those areas that help support other departments.

“If you work at a place long enough, you’re given opportunities and challenges,” Averbach said. “You enjoy those sorts of things because you get to come out of your box a little bit.”

For Averbach, coming out of his box has included working with Holocaust Center of Pittsburgh for the last six years, helping to create the Jewish Community Security department and hiring its first director — Brad Orsini — and assisting with the move from Federation’s longtime home in Oakland to its new offices at 200 Technology Drive.

“That was the opportunity I loved the most,” Averbach said of the move. “We outgrew the Federation building and put together a committee chaired by Billy Rudolph and a lot of great leadership.”

After first exploring the idea of simply expanding their building, the committee decided to sell the property and find new office space.

“I was involved in all of that, working with real estate agents, real estate attorneys, contractors, architects,” Averbach said. “It was a long process to sell the building and the selection of where we could go. I got to be involved in the design of the building with the architects and landlord. I never had the opportunity to do that before, but I loved it.”

Because of COVID-19, Averbach only worked in the new building for a little over a year before Federation employees began working remotely.

It’s the challenge of the unknown that Averbach will miss the most once he leaves the Federation.

“Some challenges are good and fun like working with the agencies,” he said. “Then there’s the tragedy of the Tree of Life that changed normal operations — working with the community and the Victims of Terror campaign and distributing the dollars. That is a challenge. And then this pandemic, something you never thought could happen.”

In fact, Averbach had planned to retire earlier but decided to stay through the end of the year.

Over the last three and a half decades, Averbach said he has seen the strength of Pittsburgh’s Jewish community, and noted, “I think Federation plays a part in that.”

Averbach’s impact on Jewish Pittsburgh will continue to be felt after he retires, especially within the strong teams he helped Federation build and the new building Federation currently occupies, said Jeff Finkelstein, the Federation’s president and CEO, who has worked with Averbach for 22 years.

“I think that’s the kind of legacy that all of us should hope for because, at some point, we are all going to leave our jobs,” Finkelstein said. “What you want is to make sure you leave something stronger than when you first came.”

One thing Finkelstein will miss is Averbach’s sense of humor.

“It’s been able to lighten up dark times,” Finkelstein said.

Averbach’s plans include some weekend trips with his wife, Frani, spending time with his two children and growing into his expanding role as a grandfather — he currently has one grandchild and is expecting another soon.

“I look forward to the adventure of retirement,” Averbach said.

The Federation is currently interviewing CFO candidates with plans in place for as seamless a transition as possible, according to Adam Hertzman, the Federation’s director of marketing. PJC