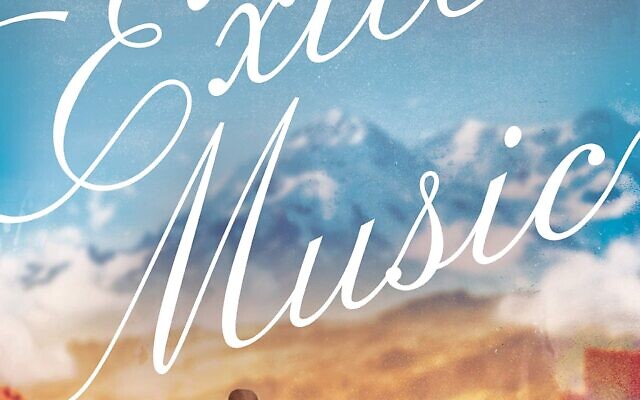 Music is a central theme in “Exile Music” (Viking, May 2020), a new and welcome addition to World War II Holocaust fiction. A novel laid out in six movements, “Exile Music,” by Jennifer Steil, tells the story of a Jewish family in Vienna that narrowly escapes the Nazis by obtaining visas to Bolivia, one of the only countries that opened its borders to Jews at the time.

The book, which spans a 25-year time period, is narrated by Orly Zingel and opens when she is about 11. Orly has an idyllic childhood in Vienna. Her father is a violist with the Vienna Philharmonic Orchestra, and her mother is an opera singer. She spends every waking moment with her best friend, Anneliese, together creating fantasy worlds and stories. She is also doted on by her older brother Willi and her extended family, which includes aunts, uncles, grandparents and cousins. Orly is too young to understand the restrictions against Jews that are popping up all over the city or the Anschluss that unionized Austria and Germany, and she is completely befuddled when people who used be kind, such as her best friend’s mother, turn spiteful against her and her family.

Several months after they are forced out of their home into a ghetto in Vienna, her parents finally secure the visas they need to escape to Bolivia, though Willi makes his way to Switzerland and hopes to reunite later.

And worse, Orly’s mother stops singing because, as she explained to her daughter, “Singing comes from a place that no longer exists.”

Her father, however, continues to play his instrument, which miraculously he had been allowed to keep. “He played as if, by drawing his bow across the strings enough times, he could erase history. As if he could lure his wife back to her voice and play his son home. As if he could erase everything but sound, and we could all live in that.”

Unlike her mother, Orly gradually adjusts to her new surroundings and makes friends from many different cultures but never gives up hope that one day, her brother will catch up with the family. She also harbors a secret wish that she will someday be reunited with her beloved friend, Anneliese.

The family is astounded to learn that, after the war, some Nazis have also escaped to Bolivia, but when Orly learns about her mother’s involvement in something nefarious, her whole world shifts again.

While the family is still in Vienna, the author opens each chapter with newsy “headlines” about the state of affairs in Vienna at the time, particularly as it pertained to Jews, providing helpful historical context.

The well-researched novel explores the nuances of Bolivian life, culture, landscape and government as the war rages on overseas, and its stark contrast to the family’s prewar life in Vienna.

It also details the struggles of immigrants in a foreign country, all of whom sustained loss in their home countries, and the precarious balance between maintaining connections with their countrymen, as in the formation of the Austrian club in La Paz, and attempting to integrate into their new worlds. As Orly puts it, “Most of us grasped for the familiar, cooking Austrian and German food and speaking German. Many never became comfortable with Spanish. Many never considered Bolivia a permanent home, but merely a place to wait out the coming war.”

The writing is lyrical, and in the hands of such a gifted writer, the storyline flows, stopping the reader occasionally with thought-provoking passages that beg to be mulled over. For example, years after bearing witness to terrible tragedies and suffering insurmountable losses, Orly explains her feelings about religion to a friend: “These mountains were all the synagogue I needed. Even if I believed in God, why would I go inside to worship, when all of creation was outside? These rocks, this red earth, this pale blue sky. Whoever made these, whatever force of nature, inspires in me greater faith than man-made buildings or worlds ever did.”

“Exile Music” also probes the definition of home, family and identity, and the idea of re-creation and re-invention. It also examines how music is a common language that binds people together and, in some instances, is a substitution for prayer.

In a sea of Holocaust literature, “Exile Music” stands out as wholly original and engaging. PJC

Hilary Daninhirsch is a freelance writer living in Pittsburgh.