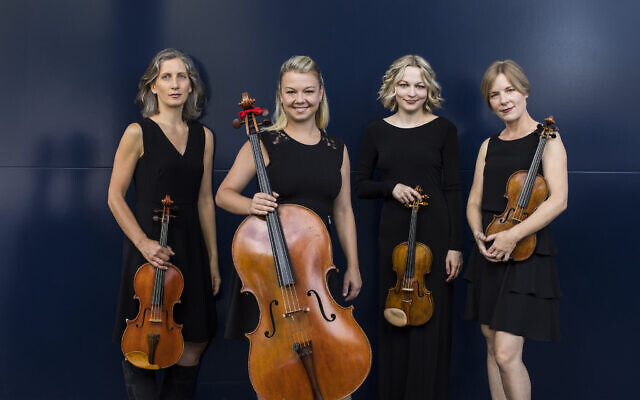 City of Asylum will host a free music and poetry program to honor the victims and survivors of the Pittsburgh synagogue shooting. The program will be held on Kristallnacht, Tuesday, Nov. 9, at 7 p.m.

Attendees can either join the in-person event at Alphabet City on Pittsburgh’s North Side, or watch online as it is streamed.

The program will feature the Clarion Quartet playing a concert spotlighting music written by Jewish and other marginalized composers. The Clarion Quartet, colleagues in the Pittsburgh Symphony Orchestra, joined forces in 2015 to share their passion for chamber music — with an emphasis on works that were termed “degenerate” and banned by the Nazi regime.

The City of Asylum program will also feature readings from Pittsburgh poet Natalie Homer and Hebrew translator Kevin Haworth, in addition to remarks from Rabbi Jeffrey Myers of Tree of Life Congregation.

The program is sponsored by The Jack Buncher Endowed Chair in Jewish Studies in the Department of History and Carnegie Mellon University; it is co-sponsored by The School of Music at CMU, the 10.27 Healing Partnership and Classrooms without Borders. PJC