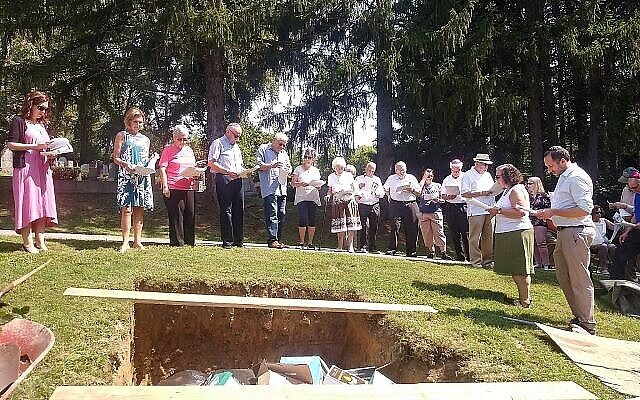 Staff writer David Rullo won a Rockower Award for his feature on Temple Beth Am of Monesson ending its 50 year legacy with a ceremony burying its prayer books.

The Pittsburgh Jewish Chronicle was recognized for its excellence in journalism by the American Jewish Press Association at a July 2 online ceremony, winning seven awards, the most it has received in a single year.

The awards were for work published in 2019. Staff writers Adam Reinherz, David Rullo, and Toby Tabachnick, now editor, each won in multiple categories.

“The scope of our awards – from news reporting to feature writing to a focus on interfaith relations – shows the talent and commitment of our staff as well as their close connection to one of the most vibrant Jewish communities in this country,” said Jim Busis, CEO and publisher of the Chronicle. 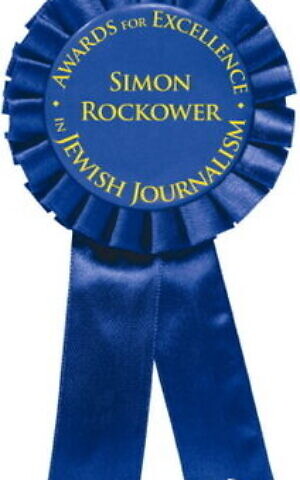 First place awards were given to the Chronicle for the following stories:

“Cleaning up, after the unimaginable,” by Adam Reinherz. The awards judges commented: “Story contains so much detail and excellent quotes. A very strong way to follow an important national story for the local audience.”

“Neglected Jewish cemetery in White Oak restored by non-Jewish volunteers,” by Toby Tabachnick. The judges commented: “Excellent writing throughout, interesting subject and great interviews. It really captured me from beginning to end.”

The Chronicle won second place in the following categories:

“Temple Beth Am shutters its doors, buries prayer books,” by David Rullo.
The judges commented: “Surprisingly moving piece on what is (sadly) not an unusual occurrence, told with great compassion (but avoiding sentimentality). It carried the reader along, as if they themselves were members of Temple Beth Am, up to its heartbreaking last line.”

“What Barry saw,” by Adam Reinherz.
The judges commented: “Very nice profile. Delicate touch, respect for the subject and his experiences. It feels very personal and as a ‘Studs Turkel’ feel to its description of an ordinary person who has been thrown into exceptional circumstances.”

Excellence in Writing about Social Justice and Humanitarian Work:

Excellence in writing about Women:

“Anti-Semitism in Women’s March complicates matters for local Jews,” by Toby Tabachnick.
The judges commented: “The minefields of writing this story cannot be underestimated. It took time, energy and dedication to maneuver through the history, tensions and nuances of the anti-Semitism that is (unfortunately) linked to the Women’s March. The writer managed to give individuals with diverse opinions the respect they deserve, without missing the forest for the trees.”

“Mother Emanuel survivors visit Tree of Life, offer strength, solidarity,” by Toby Tabachnick.
The judges commented: “Moving and insightful, this piece was well written. It would have been easy to go overboard, but this writer let the people tell the story.”

This is the 39th year of the Rockower Awards. The Chronicle competes in a category designated for publications with print circulations below 15,000. PJC