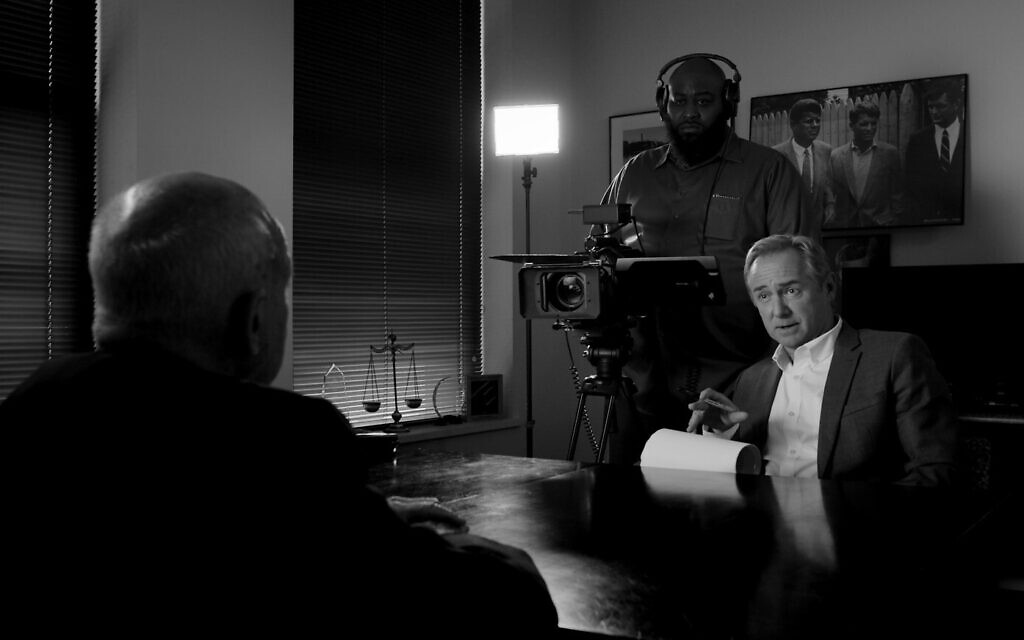 World-renowned medical examiner Dr. Cyril Wecht is the star of a new film in the making that bears his name.

Though Wecht, a prominent Jewish Pittsburgher who made a name for himself through his work on the JFK assassination and the O.J. Simpson murder trial, plays himself in “Cyril,” the real stars might be the film’s protagonist and antagonist: a white, conservative reporter interviewing Wecht and the Black, liberal cameraman capturing it on tape.

The film, based on a play by August Wilson protégé Mark Clayton Southers, directed by Andrew Paul and shot in Pittsburgh, takes place on the day a Minneapolis policeman killed George Floyd; a sense of tension and dread, of collective reckoning and deep questions of social justice, pervade the film.

A project of Pittsburgh Playwrights Theater Company, the film features extensive — and new — interviews with Wecht.

“It sounds like a documentary, right?” said Paul, the producing artistic director of Pittsburgh’s Kinetic Theatre Company. “But Mark has woven this whole fictional drama around Dr. Wecht. What he’s written is sort of a Black Lives Matter film.”

The film received a special, invitation-only screening in Pittsburgh for its donors and supporters last week, though you won’t be seeing it in Pittsburgh arthouses anytime soon. In order to enter it on the festival circuit, the film cannot have paying viewers before a festival premiere, Paul said. 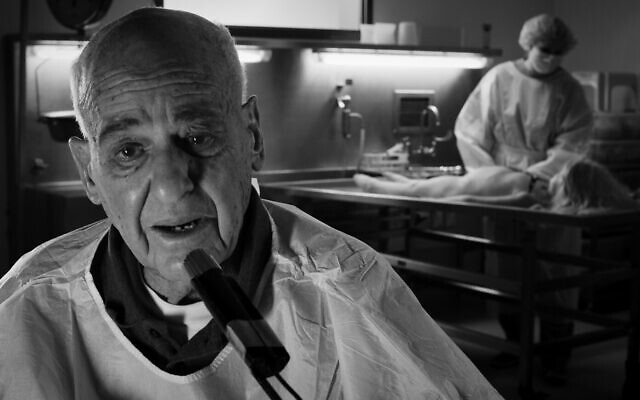 “Our hope is we can get it into a couple festivals in the fall and winter, then follow that up, once it has a name for itself, with a run in Pittsburgh,” Paul told the Chronicle.

David Whalen, who plays a conservative reporter in the film, said Southers wrote the role, in part, for him. Whalen said few actors would want to portray a character embodying “flippant racism.”

“That’s my job — to try to give it life,” said Whalen, who grew up in Pittsburgh, graduated from Point Park University and starred in about 50 local plays before moving to South Carolina. “Unfortunately, there are a lot of people who are like my character out there. They’re human but they’re set in their ways. And they’re fearful of change.”

Whalen knew he wanted to be involved with the project as soon as he read about it, and said, “Wow, this is really timely and interesting” after seeing the script. He said that although the film involves Wecht’s life, it also deals with race in America.

Paul, for his part, had nothing but rave reviews for Wecht. He said that even at 90 years old, the legendary coroner and Allegheny County icon did not complain when shooting lengthy scenes or unfurling his colorful monologues about forensics.

“He is a natural performer,” Paul said. “And he’s a master storyteller — his takes on this stuff are just amazing.”

Paul said he hopes the film will be entered into Sundance and Telluride festivals, among others. He’s preparing to answer a lot of questions about whether “Cyril” is a feature film or a documentary. Since Wecht plays himself and talks extensively about his life and career in the feature, it might be hard to avoid being slotted into the documentary category.

“In a way, though, that’s to our advantage,” Paul said. “I don’t know of many films doing what we’re doing.” PJC