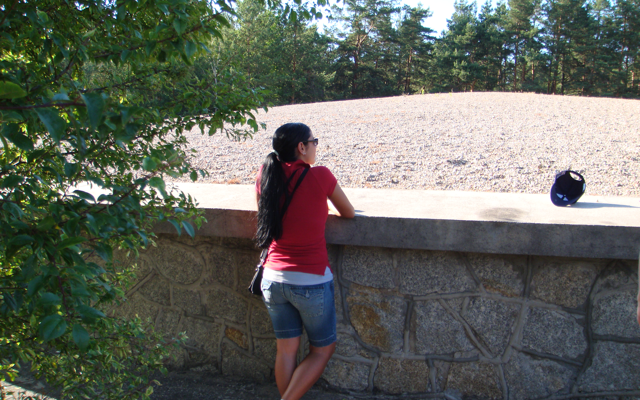 For a long time, Katlyn Dickerson didn’t live around Jews or hear her peers’ grandparents share memories of the Holocaust.

She grew up in Richlands, Virginia, whose residents were mostly Presbyterians and Baptists, then moved in seventh grade to Canonsburg, 18 miles southwest of Pittsburgh, where the dominant religions are Catholicism and Greek Orthodoxy.

Before she made her first Jewish friend while attending Duquesne University, she took an English class at Canon-McMillan High School where teacher Meg Pankiewicz covered the Holocaust and Holocaust literature.

“Obviously, we had studied the Holocaust in social studies class but we never really went in depth with things that were uncomfortable in nature,” said Dickerson, who plans to graduate from Duquesne with her master’s degree in school administration and supervision in 2023. “I feel that we weren’t educated enough about the Holocaust and what the detriments of hate can cause … It’s more than a history lesson.”

Pankiewicz now is taking her mission to teach the Holocaust another step forward. Starting this academic year, she is offering a full-semester class on the subject, in part inspired by the Canon-McMillan school district’s “No Place for Hate” campaign, an Anti-Defamation League initiative currently in about 1,600 schools nationwide.

Pankiewicz’s Holocaust literature class, open to juniors and seniors only due to the graphic nature of some of the material, already has about 100 students registered this year — so many that additional sessions were added, two each semester, Canon-McMillan officials said.

The course offers a thorough historical background of the Holocaust, including the history of anti-Semitism and the dangers of hate and complicit behavior, according to materials provided by the school district. Students will learn about the numerous collaborators during the Holocaust, “the importance of individual choice” and the results of WWII and the Holocaust. Sources include nonfiction and fiction literature, Nazi propaganda, survivors’ memoirs and testimonials, film and photography. 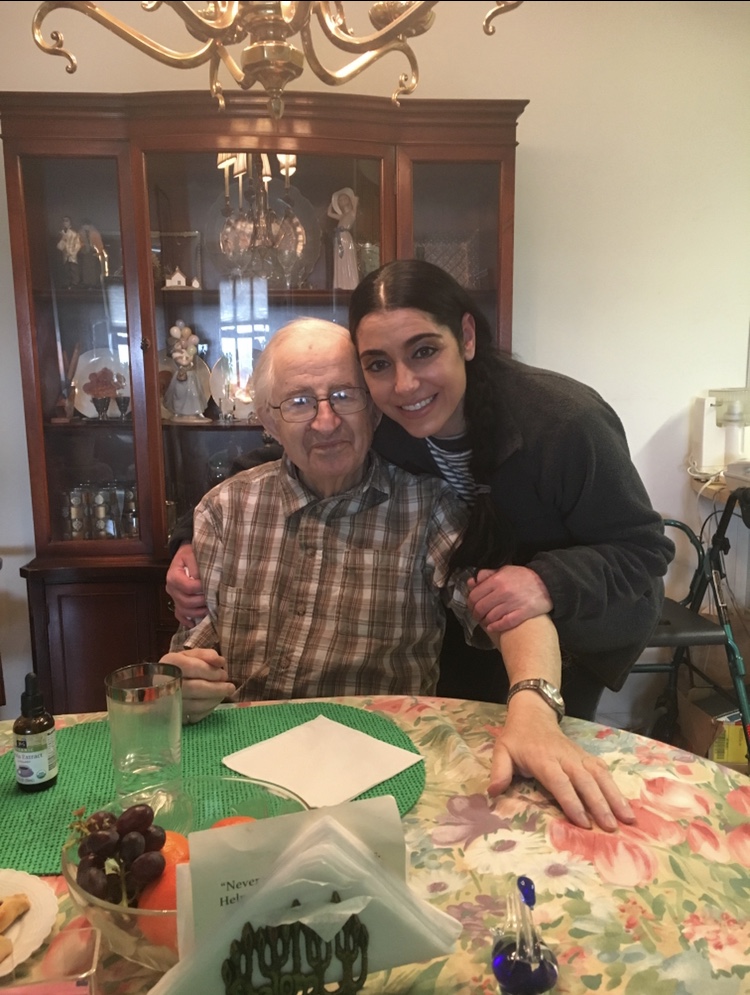 Pankiewicz has been teaching for about 17 years, 12 of them in Canon-Mac. It takes about 30 seconds to recognize her passion for her subject matter.

“I want students to see how it escalated and I want them to see how it was systemic,” said Pankiewicz. “Every single thing always comes back to the Holocaust.”

Pankiewicz, who is not Jewish, does not paint the Holocaust as solely about the persecution of European Jews. To start classes in which she covers the Holocaust, she asks students to stand up and then, one by one, goes through the various categories of people who were targeted under Adolf Hitler’s Nazi regime, asking those who would have been affected to sit down. At the end of the exercise, nobody is left standing.

Pankiewicz also provides context, talking about other genocidal acts in Armenia, Cambodia and Darfur — and how bigotry and hate speech percolates today in the Western world.

“I don’t get political but I don’t have to — I want them to take note of what they support and every decision they’re making,” she said, before turning to the subject of neo-Nazis marching in Charlottesville, Virginia. “These are guys in Dockers and polo shirts marching on a college campus — they’re emboldened.”

“I want them to cry, I want them to feel uncomfortable,” Pankiewicz said. “If they feel that way, they will become agents of change. It creates an empathy in them that will carry on throughout their life.”

The district has taken its anti-hate education further steps beyond the basics, partnering with the Anti-Defamation League to offer workshops to students on the pyramid of hate and related topics, said Grace Lani, who has been the director of curriculum for the Canon-McMillan district for about 10 years. The district also offered its new, incoming teachers education about fighting bigotry.

Teaching about opposing hate and bigotry is particularly important in this cultural moment, regardless of the district’s religious makeup, Lani said.

“Even though the world seems closer together than ever, people don’t seem closer,” Lani said.

Some, though, seem closer to Pankiewicz. Dickerson, the Duquesne student, said her teacher’s influence on her was profound. She even invited Pankiewicz to lecture at her university on the subject of hate.

“I think [Pankiewicz’s Holocaust teaching] certainly inspired me to pursue education,” Dickerson said. “I hope to follow her impact … and give it to my future students.” PJC