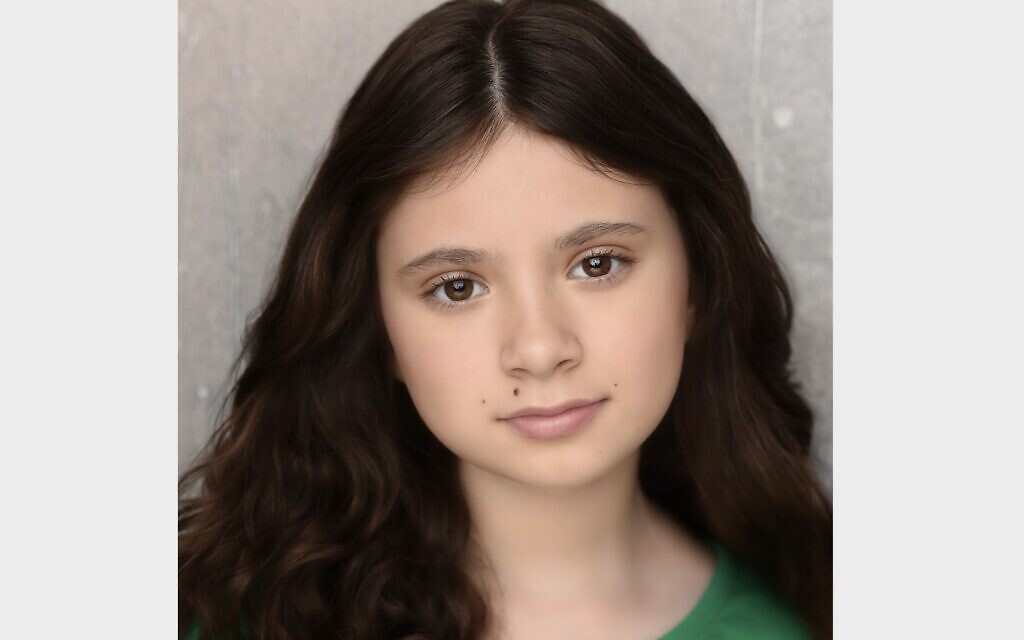 A young Jewish girl from White Plains, New York, is one of the stars of an upcoming production at the Benedum Center. Mackenzie Mercer will play the role of Young Elsa when a touring production of “Frozen: The Musical” comes to Pittsburgh next month.

The 11-year-old said the urge to perform comes to her naturally.

“I’ve always loved singing and acting and being on stage,” she told the Chronicle.

At age 4, Mackenzie took part in a program dubbed Star Kidz. That led to summer voice lessons, which led to her bringing manager Jason Bercy onto her team. She got bitten by the acting bug hard and has starred in touring productions ever since.

“I auditioned for a little bit and, when I was 7, I was on tour for ‘How The Grinch Stole Christmas,’” Mackenzie said. “It was very short but very good.”

Mackenzie likes life on tour. When she’s on the road, she is taught by educators in the theaters and is assigned a home tutor, her mother said.
Her star turn in “Frozen” does not mark her Pittsburgh debut, though. She first performed in the Steel City in 2019 as Little Cosette in “Les Miserables.”

Mackenzie admits she auditioned six times for “Frozen” before landing the part — and had to do it virtually because of COVID-19.
“It was all Zoom,” she laughed, “even the final callback.”

The critic in her is excited by the new show, she said. She grew up watching the “Frozen” movies and singing “Let It Go,” and thinks the script for the stage musical is strong.

“What’s good about the show is that it has great songs, and it’s a good time for all ages,” Mackenzie said. “It’s funny, very funny.”

Mackenzie’s mother, Shelly LeWinter, said her daughter was drawn to the strong sister bond in “Frozen”; yes, Mackenzie has an older sister.

And Mackenzie’s not shy about promoting the musical.

Mackenzie isn’t the only one excited about the show. The Pittsburgh Cultural Trust is “delighted” to open its season “with one of Disney’s most magical musicals, ‘Frozen,’” said Marc Fleming, the organization’s chief marketing officer and vice president of Broadway programming. “Over its two-week, 16-performance run, we will welcome over 40,000 people downtown with over 25% of the audience being entirely new to the Cultural District. It is the perfect Broadway show to continue our comeback to the live performing arts in Pittsburgh.”

From the producer of “The Lion King” and “Aladdin,” “Frozen,” the Tony-nominated Best Musical, will play a two-week premiere engagement at the Benedum Center, beginning Wednesday, Oct. 5. Performances will continue through Sunday, Oct. 16.

Frozen stars Caroline Bowman as “Elsa” and Lauren Nicole Chapman as “Anna,” the sisters at the heart of the joy-filled musical. Joining them are principal cast members Jeremy Davis as “Olaf,” Dominic Dorset as “Kristoff,” Will Savarese as “Hans,” Evan Duff as “Weselton,” Collin Baja and Dan Plehal alternating as “Sven,” as well as Aria Kane and Saheli Khan alternating as “Young Anna,” and Mackenzie Mercer and Sydney Elise Russell alternating as “Young Elsa.” PJC