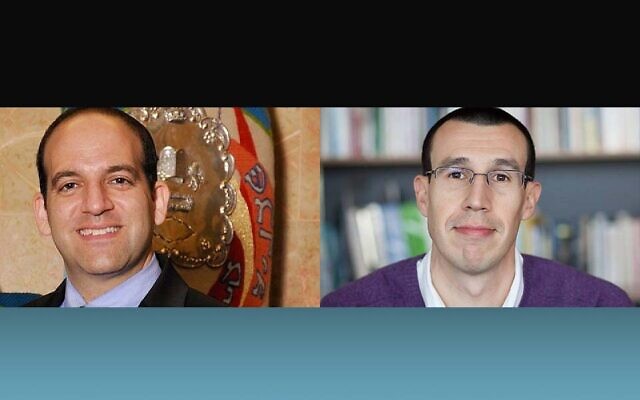 A new educational initiative for Jewish teens in the South Hills has been launched through a collaboration between Temple Emanuel of South Hills, a Reform congregation, and the Conservative Beth El Congregation of the South Hills.

The new program will offer an alternative to J Line, a partnership the two congregations had with the Jewish Community Center of Greater Pittsburgh that began in 2017. Rabbis from Temple Emanuel and Beth El formerly served as teachers at J Line, as did Chris Herman, the JCC’s division director of Jewish Life, and educator Barak Naveh.

“I think there’s no doubt that the professionals who came to the program had a great relationship with the kids,” Meyer said. “It was certainly convenient for the synagogues to outsource the administration of our high school programming.”

But when it became apparent that J Line’s student body was comprised of mostly Temple and Beth El families, Meyer said, “we recognized the possibility of bringing the program back in-house to meet the needs of our families at a reduced cost.”

J Line of South Hills was created “in response to the ever-changing needs of high school students and their connection to the Jewish community,” Meyer continued. “We recognized then as we do now that kids in the public school system are friends and neighbors, regardless of congregational affiliation, or lack thereof.”

And, he added, the new program will offer Temple Emanuel and Beth El teens the opportunity to deepen relationships with each other, as well as those with the congregations’ rabbis, as it will be centered on an evolving conversation as opposed to lessons driven by an instructor.

The joint program will take place at the two synagogues. Its 90-minute classes will be held on Sundays, after religious school, and will be taught together by the congregations’ rabbis. J Line classes are scheduled for weekdays.

The decision to hold the sessions on Sundays was made after input from South Hills teens and their parents, Beth El’s Rabbi Alex Greenbaum said. Many of the teens targeted for the program are already at the synagogues on Sundays working as madrichim, he said. Now, “they can go to religious school, work in the religious school, volunteer in the religious school, eat some pizza with the rabbis and we can do our education and we don’t have the same overhead. You don’t have to pay the two rabbis. We’re trying to make sure the costs are reasonable.”

Moreover, he said, it’s challenging for teens to take classes on weekday evenings.

“What we found was that on Wednesday or Monday nights, these kids have so much homework, so many extracurriculars,” Greenbaum said. “They are so tired. They’ve been sitting in the classroom all day.”

Despite a drop in enrollment at J Line — exacerbated by a move to Zoom because of the pandemic — the program offered a unique experience, Greenbaum said.

“I used to say that J Line was the best social Jewish group in the community,” he said. “Who gets 20-to-30 kids together every single week for two hours?”

Greenbaum said the new teen program will include preparation for confirmation — but the experience will be different than what it was in the past.

While Temple Emanuel and Beth El have partnered to create a new experience for South Hills teens, that doesn’t mean the end of J Line in the South Hills.

The JCC’s Herman said that J Line continued to be successful during the pandemic and that 24 teens were registered throughout the year. The JCC, he said, is committed to J Line, and has created a new position that will help support the program.

“The suburban Jewish teen life director position will work with our suburban partners to increase teen engagement in those communities and will be coordinating J Line South Hills with me over the first year and then take over after that,” he said.

Herman said he believes in multiple on-ramps for meaningful teen experiences and that some families may choose to participate in both programs. He also sees opportunities for the two programs to collaborate.

“We’re stronger collectively than we are independently trying to engage the South Hills community,” he said. “I hope there are opportunities to collaborate, whether its around Chanukah or Purim or some other experience that’s teen or family related. Beth El and Temple Emanuel are strong partners.”

J Line’s first trimester will begin in October. The program will run through March. The new Beth El/Temple Emanuel teen experience begins Sept. 19 and runs through May 1. Both are planning for in-person classes. PJC