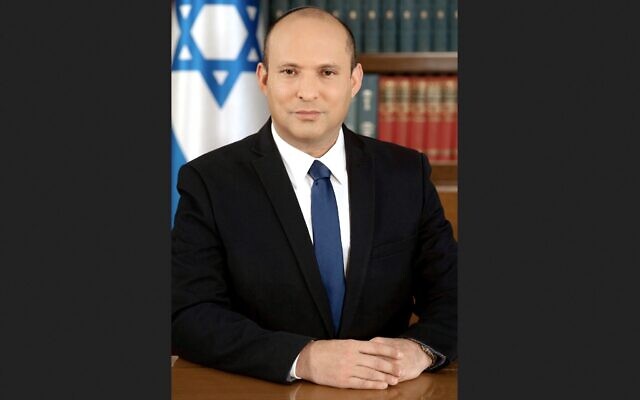 Prime Minister Naftali Bennett has played a central role in advancing negotiations between Ukraine and Russia, according to a Wednesday report.

Bennett has been the “primary international mediator” during the talks, the Financial Times reported, citing three people familiar with the matter.

The British news outlet reported details of a 15-point proposal that would have Ukraine give up its aspiration to join the US-led NATO military alliance in exchange for a ceasefire, Russian withdrawal and security promises.

Kyiv and Moscow have made significant progress toward agreeing on the tentative deal, which would also have Ukraine put limits on its military and remain neutral by not making alliances or hosting foreign forces on its soil. Negotiators from the two sides discussed the full deal for the first time on Monday, the report said.

Despite the apparent progress in the talks, Ukrainian negotiators suspect Russia may be buying time to regroup its military during the talks. “They lie about everything,” a Ukrainian source told the newspaper.

Ukraine has sought to become a member of NATO, but in recent days Kyiv has downplayed its chances of joining the alliance. On Tuesday, Ukrainian President Volodymyr Zelensky said Ukraine “must recognize” that it is not able to join NATO.

Bennett has held several phone calls with both Russian President Vladimir Putin and Zelensky, and flew to Moscow to meet with Putin earlier this month, becoming the first foreign leader to meet Putin since he launched his invasion.

Israel is one of the few countries that maintains good working ties with both Ukraine and Russia.

Israel’s attempt to take the middle ground has caused friction on all sides for Jerusalem, as Ukraine and the US have pushed Israel for more support.

Bennett has defended his decision to not send arms or other military aid to Ukraine as necessary to maintain his status as a neutral broker.

Israel is wary of angering Russia due the Kremlin’s presence in Syria, where Israel carries out security operations against Iran-linked forces, in coordination with Russia.

Foreign Minister Yair Lapid has spoken out against Russia for its invasion, but Bennett has not taken a clear side.

Zelensky is set to address the Knesset on Sunday. Russian Ambassador to Israel Anatoly Viktorov has reportedly been seeking to brief lawmakers ahead of the speech, in an attempt to present Moscow’s “perspective.”

Israeli officials have been careful not to exaggerate Bennett’s role in negotiations and have said he is not actively making proposals or pressuring the sides. Instead, they describe him as a channel of communication, passing messages from the sides in what they have described as a frank and realistic manner.

The officials, speaking on condition of anonymity because they were discussing diplomatic efforts, said there has been a “positive shift” in the rhetoric from both sides. PJC