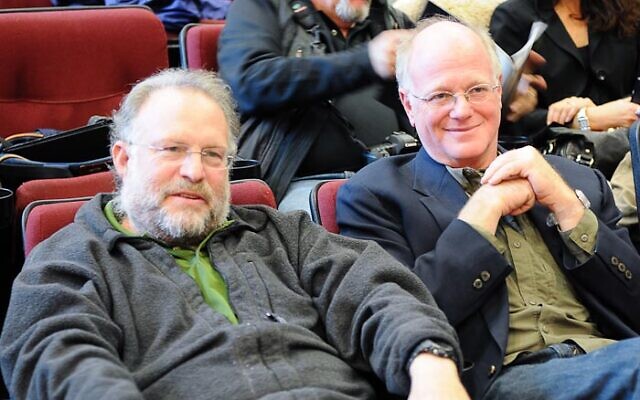 (JTA) — The American Quality Products Ltd. company has owned Ben & Jerry’s factories and distributed the product in Israel since 1987. Last year, after the famed ice cream brand announced that it would no longer sell ice cream in “Occupied Palestinian Territories,” AQP continued to sell it in the West Bank.

That cost the company its licensing agreement with Unilever, the British conglomerate that owns Ben & Jerry’s.

AQP owner Avi Avraham Zinger filed a lawsuit against Unilever on Thursday in New Jersey, asking a court to force it to allow AQP to continue selling Ben & Jerry’s in Israel.

The suit describes Ben & Jerry’s declaration as “boycotting parts of Israel” — thus, it claims, making the agreement in violation of several U.S. laws, including the U.S. Export Control Reform Act and the United States-Israel Trade and Commercial Enhancement Act. Those place restrictions on doing business with companies that boycott Israel and also require companies to report that they are engaged in boycotts with U.S. allies.

The suit also claims the agreement is in violation of state anti-discrimination laws. New Jersey is the U.S. headquarters of Unilever.

The suit further states that a Feb. 10 Unilever announcement that Ben & Jerry’s products would soon be sold in Israel under a “new arrangement” created an unfair advantage for AQP’s competitors and made it more difficult for the company to hire staff in an uncertain business climate.

AQP’s current agreement with Ben & Jerry’s runs through the end of this year; Unilever seeks to continue selling the ice cream within Israel’s pre-1967 lines, which do not include parts of East Jerusalem and the West Bank, in a way that would allow it to comply with the Ben & Jerry’s policy.

The Louis D. Brandeis Center, an American group that often participates in pro-Israel legal causes, makes up part of AQP’s legal team, along with three other legal firms. Brandeis president Alyza Lewin said in a statement, “Unilever’s unlawful action is detrimental not only to Avi Zinger and his company, but also to Avi’s employees; his Palestinian distributors and suppliers; and the general public.”

The lawsuit is the latest in an ongoing legal backlash against the ice cream manufacturer and its corporate owner. Several states, including New Jersey, New York, Illinois and Arizona, have also invoked their laws against Israel boycotts to divest their state pension funds from Unilever over the controversy, to the tune of hundreds of millions of dollars.

Unilever has said that it does not support the Boycott, Divestment and Sanctions movement but that its ownership agreement with Ben & Jerry’s allows the B&J board to make decisions independent of their oversight.

Representatives for Ben & Jerry’s have contended that restricting sales of its ice cream in the occupied territories does not constitute a boycott of Israel. PJC