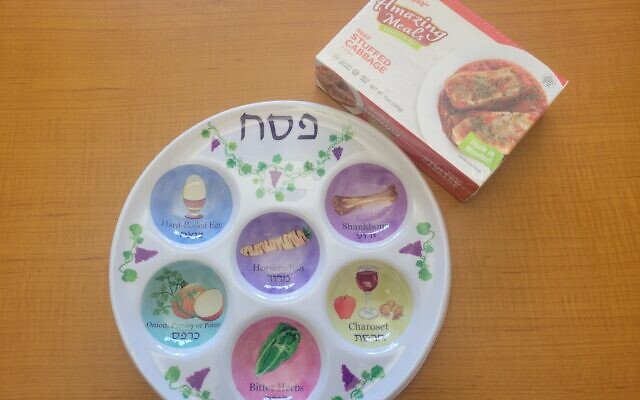 That first Passover, occurring just a few weeks after the pandemic began, was difficult, he said, although prisoners did have Passover materials, including kosher meals, thanks to the work of the institute and the Department of Corrections, which went “above and beyond.”

The rabbi is hopeful that, this year, the institute will be able to again visit Jewish prisoners.

The Pennsylvania and New Jersey prison systems, as well as some federal prisons, he said, sent a notification on March 14 — just days before Purim — that volunteers would soon be able to enter the prisons.

Vogel said that one lesson he learned during the COVID crisis was “to do more.”

“Now that the door is open, we’ve got to increase our volunteers into the prisons 10-fold,” he said. “The system is ready; the inmates need it desperately. I don’t care if you have a beard or haven’t; if you’re Orthodox, or not, everyone has a lot to give. We should swarm our prisons, our Jewish inmates, our brothers and sisters.”

Vogel said that while the easing of restrictions was announced earlier this month, each prison had its own regulations.
“Some prisons, they embraced it,” he said. “Others, not so much. It takes time. There are a lot of kinks, but thank G-d we’re beginning to be let in.”

Over the last two years, Vogel said, prisoners have learned to adjust. Inmates, he said, can buy digital tablets to communicate with loved ones through video conferencing.

Still, he believes, there’s no substitute for in-person visits.

“We all know that there is no comparison to sitting opposite a loved one and just shaking their hands,” he said.

Aleph Institute volunteers visit prisoners once a month, following training by the organization, Vogel said. The monthly schedule works best because those who visit more frequently risk getting burned out. Vogel said he prefers playing the long game because it’s important that prisoners know they can expect a regularly scheduled and consistent visit.

“Even if the inmate has a life sentence, he knows that he’s going to get a visit, he’s got someone on the outside who cares for him, who’s his mentor, who’s going to talk to him,” Vogel said.

The work of the institute doesn’t end when the inmate is released, Vogel said.

“We help them get jobs,” he said. “Today, it’s an easy thing to get people jobs. We get them housing, get them medical, we work with the Squirrel Hill Health Center, we work with others to make sure they receive the services they need to become productive people in society. We’ve got caseworkers working with them, holding their hand as they become productive members of society.”

The accomplishments of the institute are evidenced by the numbers, Vogel said. He noted that the national level of recidivism — when a released prisoner is sent back to prison — is 76%. When an inmate is helped by the institute, the rate drops to just 8%.

Vogel said the reason is simple: Prisoners who receive help from the Aleph Institute, and other similar organizations, know they aren’t alone.

Because of the various programs offered by the organization, Vogel said that even those unable to visit inmates can still volunteer.

Prison is destructive, Vogel said, and he believes that punishment options should include alternative sentencing.

“When it’s a violent offender … that’s what prison is for but, when there’s a different way to punish a kid, we should push to provide alternatives to incarceration,” he said. “There’s got to be a way to punish without the strain of prison.”

Until that time, Vogel is committed to ensuring that every Jewish prisoner receives visits from Aleph Institute volunteers.
He’s hoping those visits will begin before Passover. The institute also is working to provide seder plates and resources to every Jewish prisoner.

People in the prison system deserve dignity, respect and a chance to become part of the Jewish community again, Vogel said.

“We need to visit them in prison, we’re not discarding anyone, we’re not throwing them out,” he said. “The Nazis threw out Jews and [Roma],” he said. “We live with everyone. They’re part of our society. We’re going to help them and give them the tools they need to succeed. That’s why it’s so important to go to the prisons and visit them. There’s no better way to live than helping another person.” PJC