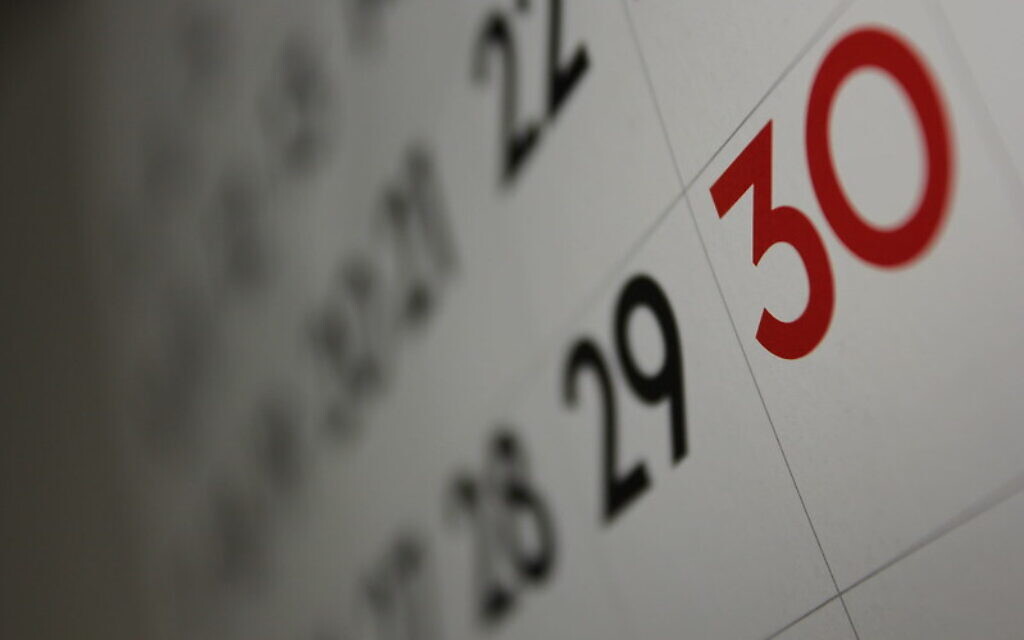 It was quite disconcerting to read “A Diaspora calendar to revive Jewish life” (Dec. 17), Rabbi Barbara Aiello’s odd proposal to adjust the dates of the Jewish holidays to correspond to designated secular weekend dates. She suggests, for example, that Erev Rosh Hashanah could always fall on the third Friday of September and, therefore, Rosh Hashanah would always be celebrated on a weekend. With this approach, applied to all Jewish holidays, she argues, the holidays would not interfere with school or work schedules and other secular activities. This would presumably alleviate the challenges “for families that must navigate between Jewish tradition and secular society” and would “create the opportunity for more Jews to participate consistently in synagogue life.” (The astute among us might ask, “Aren’t Sabbath services already held in synagogues on Saturday — a day when people aren’t at school or work? Yet, how many non-Orthodox Jews attend those services?”)

What is particularly upsetting about the rabbi’s proposal, is the cavalier — one might even say, flippant — mindset that she manifests toward traditional Jewish beliefs and values. With no discernable hesitation, she dismisses thousands of years of Jewish religious practice and halacha (Jewish law). She demonstrates no appreciation for the sacrosanctity of the Hebrew calendar. The ease and comfort with which she ignores halacha that has been in force since Torah was received on Sinai, is a clear indication of how this rabbi has lost touch with traditional Judaism. The same Torah that taught us how to celebrate the holidays taught us when to celebrate the holidays.

With her proposal, Rabbi Aiello sends the unequivocal message that Judaism is secondary: Let’s try to squeeze in the Jewish holidays amidst our busy schedules. If the rabbi’s goal is the revival of Jewish life and Jewish continuity, this approach has failed in the past and continues to fail. Judaism can only survive if it is primary. The forces of current western culture social, political and ideological — that operate against authentic Jewish values and beliefs, can be alluring and overwhelming. These forces must be confronted and met head-on, with a confidence and determination that can only exist in concert with a commitment to a life permeated with traditional Jewish values and allegiance to the Jewish people.

Clearly, Rabbi Aiello is not alone in her mistaken approach. Jewish history is replete with movements intended to customize Judaism to the times, independent of a halachic framework. The most recent iteration is progressive Judaism — with fealty to its distorted concept of tikkun olam and pursuit of its need to be in perfect sync with the world’s social justice warriors. It apparently cleaves to the conviction that by ignoring halacha and surrendering traditional Jewish values and beliefs to the whims of political correctness and the fancies of the prevailing secular ideology, Judaism will be liberated from its antediluvian moorings. This strategy will presumably generate immeasurable appeal to the masses of Jews. In other words, G-d, Torah and mitzvot are out. Woke is in.

Of course, this belief is demonstrably false. Jews are absent from synagogues — not because of the inconvenience of conflicting schedules — but because the holidays, as well as much of Judaism, have been drained of meaning by the omnipresent dictates of progressive ideology. When traditional Jewish values diverge from political correctness and from the edicts of a false application of tikkun olam, Judaism is reformulated to follow the progressive party line. Any thoughtful person might ask the question: “What then is the added value of Judaism?”

Ashreinu, mah tov chelkeinu — “How good is our portion! How pleasant is our lot! And how beautiful is our inheritance!” — words from the daily morning prayers. We are Jews and we are proud Jews! Authenticity in the practice of Judaism will safeguard the continuity of the Jewish people. In fact, making Judaism primary in our lives has empowered the Jewish people, throughout our history, to survive and to even thrive under the most difficult of circumstances. The refusal to tailor Judaism to the dictates of the times has guaranteed our survival.

Rabbi Aiello’s commendable goal to “revive Jewish life” might best be actualized by continued support for authentic Jewish education, both for children and for adults. We cannot be inspired to lead more meaningful Jewish lives without providing the education to do so. The importance of a Jewish day school education cannot be overemphasized. Also, there is a proliferation of outstanding online sources for adult Jewish education.

Let us all work together to promote the many faces of authentic Jewish education. This will, G-d willing, lead us to understand that true tikkun olam is achieved through fulfillment of Torah and mitzvot by which G-dliness is revealed in the world. Through each of our efforts, the world will thus continue to become a revealed dwelling place for the Divine. PJC