The High Holiday season should be a time of community — services at synagogue with friends, new year celebration meals and break fasts. Instead, most of us will be home with only our closest family to hear our wishes of “Shana Tova” as we snack on apples and honey.

If you are looking for entertainment during the days between Rosh Hashanah and Yom Kippur, why not stream a movie that offers some enlightenment and meaning?

Try as you might, you’re not likely to find a “Rosh Hashanah” or “Yom Kippur” category on Netflix, even if you are a digital initiate and know the secret codes. Instead, the themes of the holidays — repentance, forgiveness, return, the hope for a new year better than the last — can provide inspiration points for the time you spend waiting for the brisket to get done, or during the Days of Awe.

If you aren’t sure where to begin, here are six suggestions sure to capture High Holiday motifs. 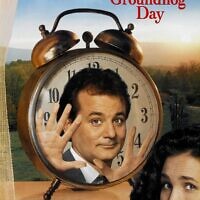 Harold Ramis and Bill Murray’s last film together might seem better suited for a wintry night in February, but its central theme of striving to be a better person is perfect for the new year. Murray plays a weatherman known for his caustic personality. In a plot twist worthy of the Dali Lama or a Kabbalah master, he’s forced to live the same day over and over, each time through righting his mistakes and sanding off some of his rough edges. It only takes a few hundred tries, but eventually he becomes a mensch and is allowed to move on with his life. 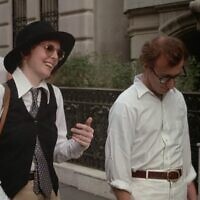 Would a list of Jewish movies be complete without at least one Woody Allen film? Like most of the director’s films, a love affair and New York City play prominent roles in the film. Allen and Diane Keaton star as a couple working to develop and maintain a relationship while attempting to build careers and navigate various neuroses. Allen’s films have a reputation of playing to the more left leaning among us, but there are enough wisecracks against Los Angeles, the cultural elite and liberal Jews to keep the most conservative-minded family member happy. In the end, Allen’s and Keaton’s characters learn to forgive and accept one another and build a friendship lasting longer than the shine of the numerous Oscars the film garnered. 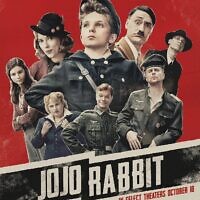 The 2019 film in which a lonely boy’s imaginary friend is Adolf Hitler might seem a strange choice for a High Holiday movie list but its message of persevering through challenging times and the ultimate defeat of evil are ideas we can carry into the new year. The rejection of unwavering nationalism and the willingness of JoJo’s mother to hide a Jewish girl from the Nazis are themes that might reverberate for some as we move through a difficult political season. The movie was promoted as a dark comedy but make no mistake: We recommend you keep a box of tissues close at hand. After all, isn’t that a Jewish trait — a little sadness baked into the absurd? 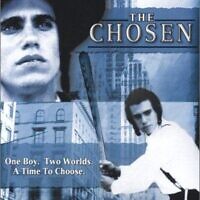 The film adaption of Chaim Potok’s 1967 novel doesn’t make the top of many Jewish cinema lists, and that’s unfortunate. The tale of friendship between Reuven Malter, a modern Orthodox Jew and Zionist, and Danny Saunders in Brooklyn at the end of World War II mines the topics of tradition versus modernity, the creation of the Jewish state and the importance of empathy. For those looking for a more direct link back to the High Holiday themes, there’s even an apology early in the film.

“Fiddler on the Roof”/”Fiddler: Miracle of Miracles” 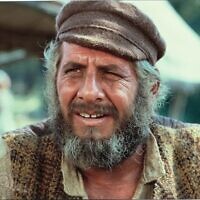 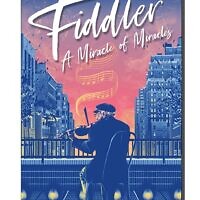 While we are thinking about tradition, let’s not forget the film that taught us to sing proudly in deference and respect to our heritage. Filled with classic numbers from one of the golden ages of Broadway, “Fiddler” will have you longing for matchmakers, humble Shabbat meals and the noble pursuit of a Jewish life despite the intrusion of outside culture and violence. While there is no scene depicting Rosh Hashanah or Yom Kippur, the idea of return is intrinsic, as the work is tapped again and again, from its earliest days as a book, to a hit Broadway play, movie, Broadway revival and Yiddish adaption.

If you can’t get enough of Tevye, you can check out the 2019 documentary “Fiddler: Miracle of Miracles.” The documentary recounts the creation of the 1964 musical and features interviews with Chaim Topol and Lin Manuel-Miranda, guaranteeing multiple generations will enjoy watching it together. 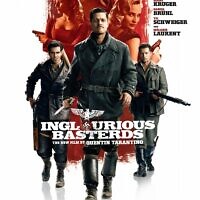 Not much to connect this Quentin Tarantino film to the High Holidays, but sometimes it’s good to watch a bunch of soldiers attempting to “scalp 100 Nazis.” PJC