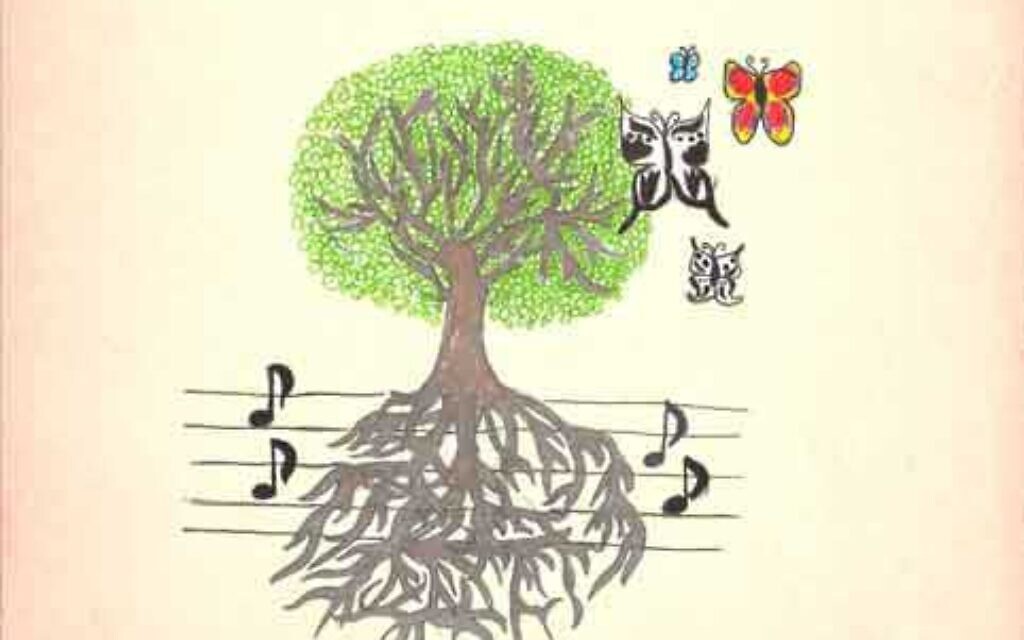 Jacqueline Gmach vividly remembers the horror she felt watching the news footage of the massacre at the Tree of Life building on Oct. 27, 2018. Seeing the events unfold from her San Diego home, her heart broke, she said, not only for the Pittsburgh community, but for Jews all across the world.

Gmach felt the need to respond in some way to that hate crime, the worst attack on Jews in the history of the United States. So she began teaching her 9-year-old granddaughter, Yvette, about the Holocaust and the fatal outcomes of unchecked hate.

After a few conversations, Yvette drew a picture of a tree with strong roots, butterflies and circles as leaves. She explained to her grandmother that the circles on the branches represented all people and the “good and bad in life.” 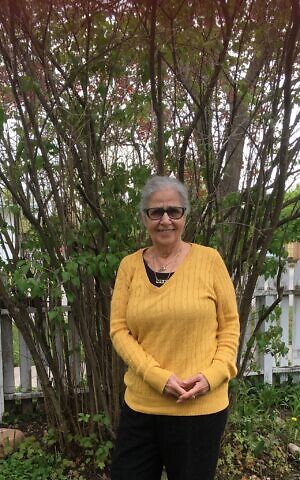 Jacqueline Gmach (Photo by Rebecca Ballantyne)
That drawing inspired Gmach to develop “We are the Tree of Life,” a project focusing on Holocaust education utilizing the arts to promote a message of hope and survival. Literature, music, dance, poetry and drawings created by prisoners in the concentration camps and ghettos during World War II, she said, show that beauty can survive, even when experiencing unspeakable horrors.

Concentration camp prisoners like Edith Eva Eger — a lifelong dancer — never lost hope. Eger was part of an April 20 online event hosted by the San Diego Center for Jewish Culture, the USC Shoah Foundation and the Holocaust Center of Pittsburgh to promote the We are the Tree of Life initiative. The event included the screening of a short video showcasing some of the art created during the Holocaust, and featured Eger’s life as a dancer. The screening was followed by a dialogue between Lauren Bairnsfather, director of the Holocaust Center of Pittsburgh, Dr. Stephen Smith, the executive director of the USC Shoah Foundation Institute, and Eger.

“Even though the program is in its early stages, we are excited to see it grow,” Bairnsfather, told the Chronicle following the event. There is a unique power in the arts that reaches people on an emotional level, she continued, and the We are the Tree of Life project “recognizes people who created incredible art during the Holocaust, and having an appreciation for what that must have taken to create beauty in those circumstances.”

She added, “It tells us we can overcome and that the human spirit is irrepressible.”

Some of the prisoners of the camps and ghettos found their humanity and self-worth in the arts, dancing secretly at night, drawing or painting pictures and playing music, Gmach told the Chronicle.

“Their talents, their works, are today a message of survival, hope and resiliency,” she said. In small and quiet moments, prisoners of the Third Reich clung to the joy of “creating” so that their spirits could stay alive, she said.

In her mission to combat hate and spread hope and love through the arts, Gmach stresses the importance of educating young people about crimes against humanity. As founder and creative director of We are the Tree of Life, she urges educators to promote “acceptance” rather than just “tolerance.”

Born in Tunisia, Gmach moved to France as a young adult to study and became a teacher of physics and chemistry. Her pedagogical career spanned almost three decades. Now a resident of California, she has returned to her roots as an educator through her work on We are the Tree of Life. Passionate about her past, motivated by troubling current events and determined to make a difference, she envisions her initiative to be inclusive to all people and that it will continue to grow, “just like the branches of a tree.”

It takes courage to “repair the world,” said Gmach. “To be courageous you have to act immediately and your reaction must be based upon love and compassion.”

A series of programs is now being offered in San Diego, and the Holocaust Center of Pittsburgh is in discussions with Gmach about “ways to spread education about art during the Holocaust and its enduring power through the We are the Tree of Life film,” — a 72-minute documentary set to be released in a few weeks, Bairnsfather said. PJC

Meg Pankiewicz is a freelance writer living in Pittsburgh.