This August, Izzy Zober and Grace Stark are joining the first-ever 12U Israel Softball Team at the European Massimo Romero Youth Tournament. Held in Collecchio, Italy, EMRYT is part of the World Baseball Softball Confederation Europe and will feature a collection of teams from across the globe.

Although neither Izzy nor Grace live in the Jewish state, membership on Team Israel is available to those with Israeli citizenship and U.S.-born players with Jewish or Israeli heritage. 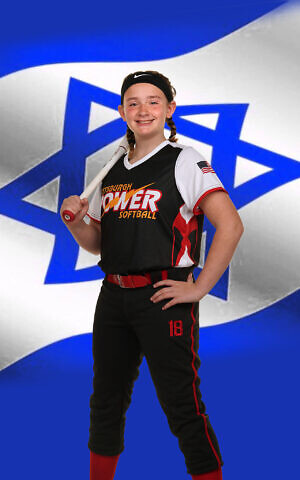 Izzy, 11, told the Chronicle she’s “super excited to represent Israel on such an international stage.”
Grace, 10, agreed, saying, “I am looking forward to playing with other girls that I have never played with and playing out of the country for the first time.” 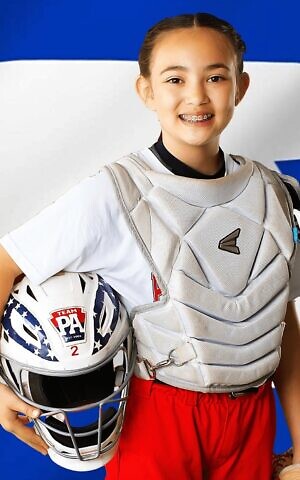 Grace Stark. Photo courtesy of Jennifer Stark
Each of the players’ parents is excited for their daughters to represent Israel as well as Pittsburgh.

Grace’s mother, Jennifer Stark, also shepped nachas, when saying, “We are very proud of her to have this opportunity. She’s done really well with athletics and academics.”
Ami Baran oversees the Israel Softball Association, a governing body for organized softball in the Jewish state. Baran welcomed Izzy and Grace to the team, saying in a statement that their membership is helping Israel compete on one of the “biggest international stages for youth softball.”

Though batting order and positions are still being sorted out, Izzy and Grace are eager to contribute to the team’s success. Izzy plays pitcher and first base. Grace plays catcher.
Because of their talents, the Pittsburghers and their teammates are contributing to a historic enterprise, Baran noted: “For decades decades, we have worked to build Israel’s youth program, and it is international opportunities like these that help to establish our country as a true competitor on the softball field.”

Softball will be the primary focus of the team’s journey, the players’ parents said, but time will also be dedicated to touring and relationship-building.

The latter, Yarone Zober said, is especially meaningful, as with players coming from Pittsburgh, Los Angeles, Portland, New York, Florida and Israel, it will be nice to see the team bond over Judaism, Israel and softball.

“It will be a neat exchange between cultures,” he said. Without this opportunity, these are kids who “might not have necessarily met each other.”

Zober is excited for the players to create new friendships, but he’s also excited to help grow an awareness of softball in Israel.

When young players compete in these types of tournaments it helps build a foundation and “develop a pipeline” for the future, he said.

But in order for that to happen, greater support is needed.
The Jewish National Fund USA, is collecting funds to help young Jewish women compete in softball tournaments throughout Europe, Zober said. As of June 8, JNF USA has raised $40,090 toward its $200,000 goal.

Some of the players lack the means to cover tournament costs. And what’s important to know, Zober noted, is that when people support these fundraising efforts they’re doing more than just paying for uniforms and plane tickets.

“This is an opportunity for the girls to not only play softball,” he said, “but to bond as Jews and represent Israel and see the world.” PJC