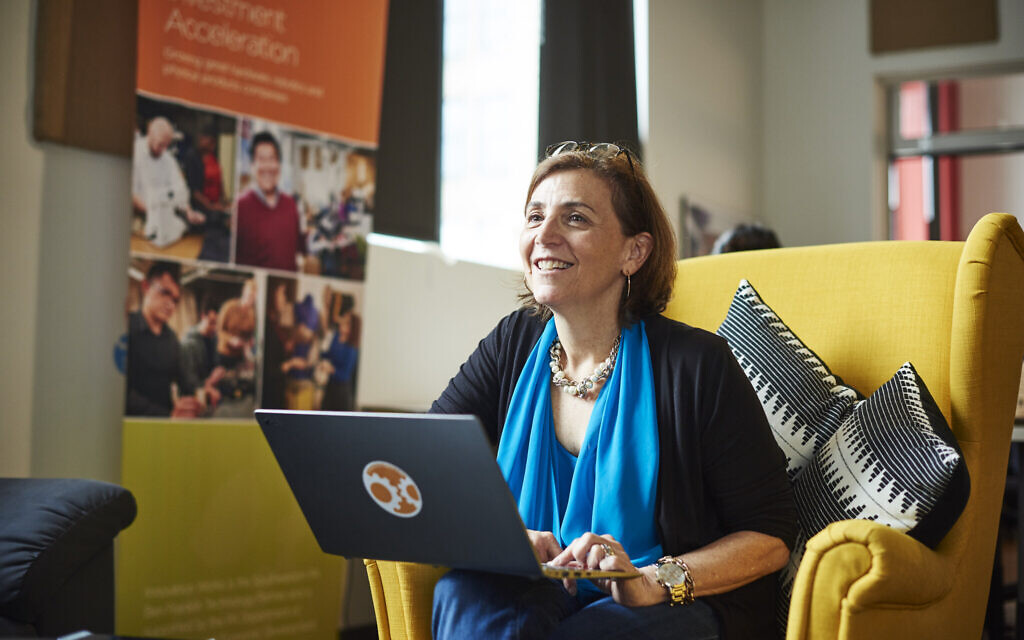 Ilana Diamond has a penchant for “the early stages of things,” acknowledged the managing director of Hardware and AlphaLab Gear & Riverfront Ventures at Innovation Works. So, it’s no surprise that her myriad career responsibilities include coaching startups. “I really love to learn about new ideas and new industries and new technology,” said Diamond, who for the past seven years, has nurtured nascent physical product companies.

Through that work as well as her previous 16-year stint as president and CEO of Sima Products Corporation, a consumer electronics company whose customers include Walmart, Target and Best Buy, Diamond has developed an expertise in physical products.

While COVID-19 has altered the field, changes began early a decade ago, explained the Squirrel Hill resident. “If you went back a little more than seven years, maybe the past 10 to 15 years, this interest in investing in early stage companies was almost exclusively in software,” said Diamond. “People were of the opinion that physical products were difficult to scale,” due to the hardships involved in making prototypes. “If you wanted to create one or two prototypes of a physical product, you needed really expensive equipment that really wasn't available to the general public for the most part, especially if it was an electronic,” said Diamond, who has served as a board member and advisor to both the Jewish Community Center of Greater Pittsburgh and the Jewish Healthcare Foundation.

With the advent of maker spaces, however, much changed. Whether at universities, in community centers or elsewhere, maker spaces enabled people to create products with newfound ease. Similarly, the use of open source software expedited the ability to “hack together a piece of hardware really quickly and get it in a customer's hands and get feedback,”
said Diamond. The third significant change came by way of crowdsourcing, according to Diamond. For years, “if you wanted to sell your product to the general public, you had to convince whoever the buyer was for your category to try it.”

Doing so presented considerable risks to the buyer, she explained. When the viability of crowdsourcing emerged, though, “all of a sudden people who had a good idea for a product could take it right to the public.” As a result, if the product caught on, and perhaps raised substantial funds, retailers began paying attention and investors became “willing to fund it.”

“Location based retail has changed — it will probably still exist but not in the form that it did before — so for folks who have a product, they're thinking about other ways of distributing it to customers,” as well as how to adjust business models, she explained. Similarly, “people are now thinking about how will the changes that happened as a result of COVID impact my business in the long run?” 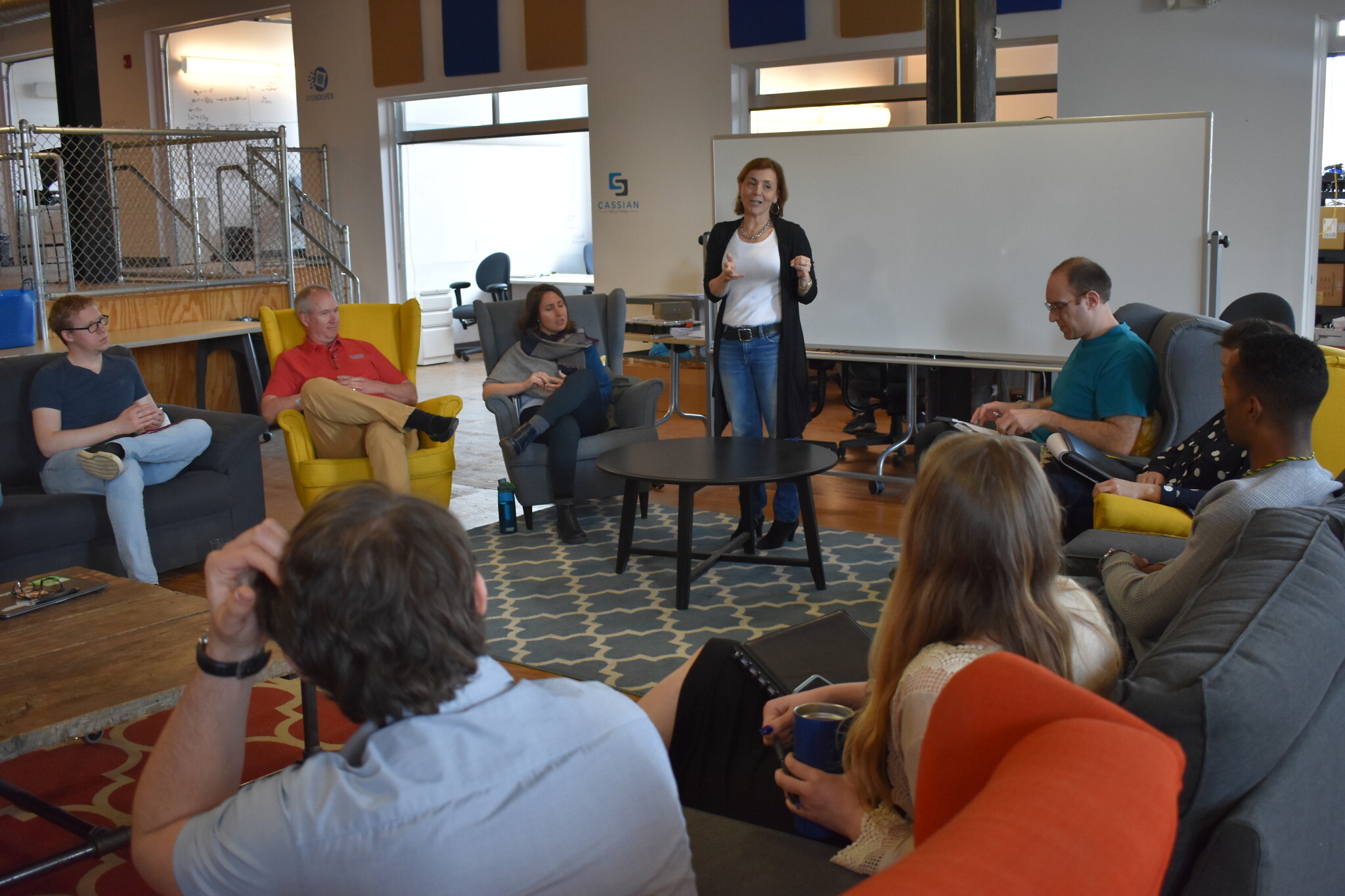 While those already involved in the field will need to reckon with new realities, the current climate nevertheless presents the young with some good opportunities.

For so many reasons, an ideal time to found a startup is “early in your career,” said Diamond.

Because startups often don’t make money, those who work on them largely do so with a certain passion and also may be accustomed to living on less, and although fiscal hardships may be easier to bear at a younger age, the benefit of startup involvement is the acquisition of skills, she continued.

“When you join a startup somebody will just say ‘We need this new product developed.’ You might have the full scope of responsibility for an entire product, which is something a big company could never allow you to do because there's too much risk, but in a startup there isn't another choice, and so people have a much wider range of responsibilities and get to try a much wider range of activities.” When that happens, the value isn’t merely being able to assess “what you really like and what you don't” – the benefit is getting “a chance to try things and fail, and then turn them around and fix them.”

Those who are tasked with doing more with fewer resources can acquire a “useful skill” that’s appealing to future employers, said Diamond who noted that several investors and corporate partners come to AlphaLab Gear with a specific interest in startups fully aware that those same early stage companies may fail. “They want to hire those people because those people have initiative, and they have problem solving skills, and they have the ability to just figure out a creative solution that won't be expensive to a problem.”

With more than 20 years of experience helping companies from beginning to exit, Diamond understands the processes involved. Within Pittsburgh, she said, there are beneficial resources, such as StartNow and Innovation Works, available to those interested in exploring the possibilities of starting a company.

Still, there are significant challenges today, she acknowledged.

“I think that now more than ever, I know that unemployment is really high and a lot of people are, whether by choice or not, rethinking what they're going to be doing after this crisis, but I would encourage people to think broadly about starting businesses,” Diamond said. Previous constraints, such as “investments or thought processes from the way things were,” are often mitigated and present an opportunity for startups to “move quickly, and to really seize the opportunities, or deliver what customers want in the post-COVID world.”

While the current economic upheaval “is scary, and it creates a lot of concern, and it certainly does eliminate some opportunities for people,” she noted, “it also is a huge opportunity to try something new.” PJC